In 1984, under the guiding hand of Susan Ryan, the first female Labor MP to sit in cabinet, the Sex Discrimination Act was passed by Federal Parliament. It was a trailblazing moment for women. While not widely heralded at the time, included in the act was a decree making sexual harassment in the workplace unlawful, a first anywhere in the world.

This is a damning indictment of the most powerful democratic institution in the nation, one which is meant to attract and retain Australia’s best and brightest to do important work. Instead, what is portrayed in the report is a workplace that leaves many of its more junior staff vulnerable to myriad forms of workplace abuse.

And that abuse is reinforced by a culture in which, as one person described it, “there are no ramifications for bad behaviour because there is no risk of MPs getting fired or otherwise being held accountable for their actions”. The report is not afraid to pinpoint the problem, stating “power, including power imbalances and the misuse of power, is one of the primary drivers of misconduct”.

Such conclusions will probably not shock most who work in Federal Parliament. But it should shame every MP and senior staff member in the building that it was not one of them who finally blew the whistle. Instead, triggering change took a former junior ministerial staffer going public over an allegation of rape. 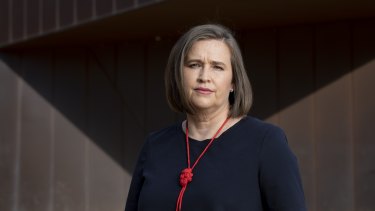 When Brittany Higgins spoke out in February, it struck a chord for women around Australia and forced Prime Minister Scott Morrison to finally put the culture of Parliament under the kind of scrutiny that was long overdue. While the extent of the problem is laid out for all to see, the most encouraging aspect of the report is the comprehensive nature of the recommendations.

Ms Jenkins also recommended that to begin the healing process, the Speaker and Senate President along with other parliamentary leaders make a formal statement acknowledging the harm caused to staff and politicians by bullying, sexual harassment and assault. Some recommendations might meet resistance.

This government has blocked external scrutiny of many kinds, so an independent standards commission might be unpopular in certain quarters. But in The Age’s view, that and a professional human resources department are the bare minimum owed to those who make their way to Canberra to work.

According to Susan Ryan, when the 1984 Sex Discrimination bill was first introduced to Parliament, it was met “with sustained, vociferous and irrational opposition … opponents claimed the bill would bring about the end of the family, ruin the economy, undermine the male labour force, and destroy Christianity and the Australian way of life.”