She objects! Viral video shows the moment a guy with no legal expertise ‘mansplains how the law works’ to a recent law school graduate – the SAME DAY she took the bar exam

A recent law school graduate captured the moment a man who had never been to law school ‘mansplained’ grand jury trials to her at a bar — on the very day she took the bar exam.

Kathryn Seely, who recently graduated for Albany Law, is still awaiting the results of her bar exam — but suffice it to say that after three years of studying in such a competitive environment, she knows more about the law than a non-lawyer.

But in a viral TikTok video, Kathryn can be seen sitting patiently as a man confidently attempts to teach her about the very subject she’d just earned an advanced degree in, despite having no formal training in the matter himself. 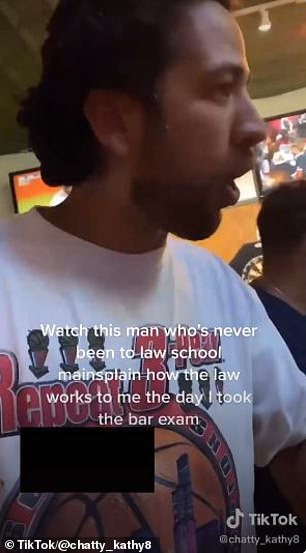 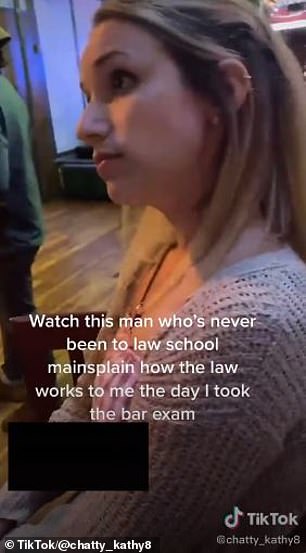 Cringe! Kathryn Seely, who recently graduated for Albany Law, shared a video of a man at a bar attempting to ‘mansplain’ the law to her — though he’d never been to law school himself 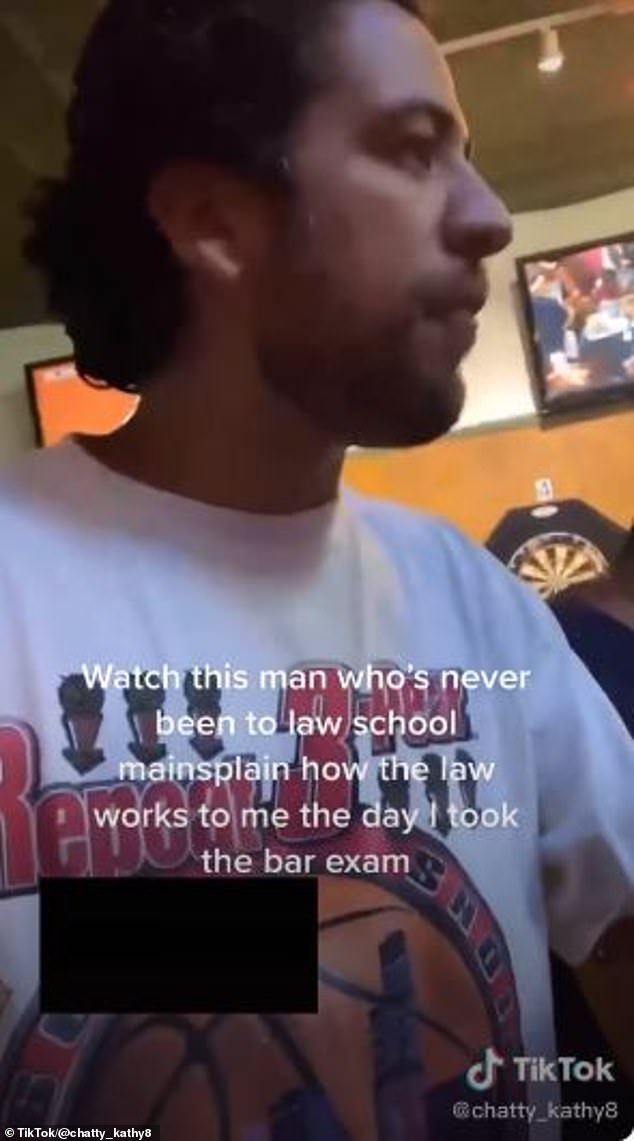 This guy knows! He spoke definitively on the subject, as if instructing someone who is learning something new 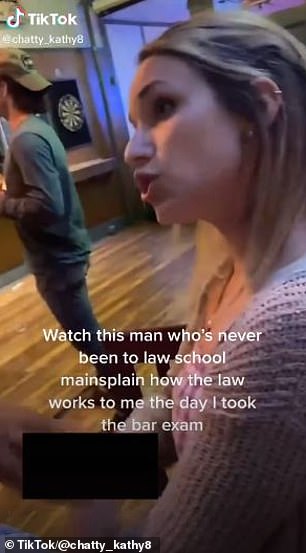 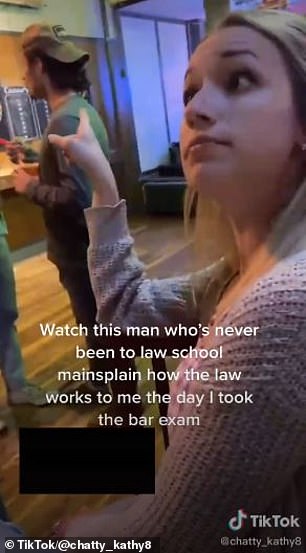 Uh-huh… Kathryn just sat patiently and look back at him with an unamused expression, her eyebrows raised

‘Watch this man who’s never been to law school mansplain how the law works to me the day I took the bar exam,’ she wrote in the video, which has been viewed 840,000 times and counting.

The short clip shows her in a bar surround by people while a man in a basketball T-shirt confidently talks to her about what something related to a grand jury.

Using hand gestures, he speaks definitively on the subject, as if instructing someone who is learning something new.

Kathryn, of course, is not learning anything from him. A former member of the Albany Law Review and executive vice president of the Moot Court Board, she just sits patiently and looks back at him with an unamused expression, her eyebrows raised.

In the video’s caption, she included a line he presumably said during their conversation: ‘Yeah I could’ve gone to law school but business was the better move for me.’

Later, Kathryn revealed that the man was actually ‘trying to tell me that in federal criminal court you’re not entitled to a jury’ — which is only true ‘for charges that would come with jail time of less than 6 months.’

‘If this has been any other time I’d be like “yeah dude you’re probably right” but it was fresh in my head,’ she added.

Commenters on the video were mostly unsurprised by the man’s behavior, though they still found it detestable.

‘Men really got nothing but the audacity,’ wrote one.

‘He’s never been to law school but maybe he’s been the defendant once or twice,’ quipped another.

‘Majored in business yet he can’t stay in his own and has to get in everyone else’s,’ added someone else. 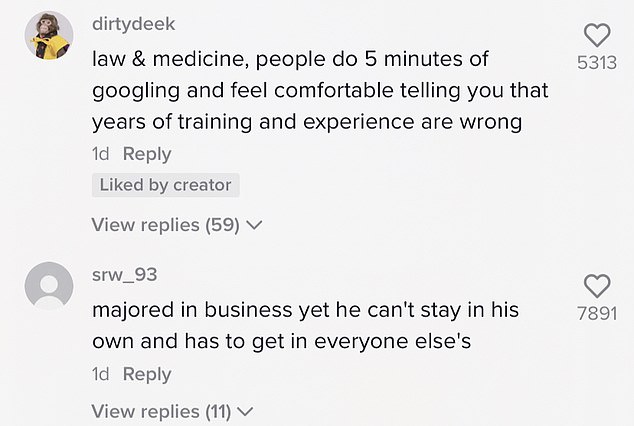 Embarrassing! Commenters on the video were mostly unsurprised by the man’s behavior, though they still found it detestable

‘Dude did jury duty ONCE,’ said one more.

While the comments were overwhelmingly supportive, a few men did chime in to lecture Kathryn and insist she should have still politely listened.

‘Did you listen or were you just hostile?’ wrote one.

To that commenter, Kathryn responded, speaking to the camera while holding a mug reading: ‘Please do not confuse your Google search with my law degree.’

‘Thank you for proving my point,’ she said. ‘Maybe go take a walk, drink some water, chill out a bit.’

law:, mansplains, Non-lawyer, S, to
You may also like: