November 20 – 30 years since the devastating fire at Windsor Castle 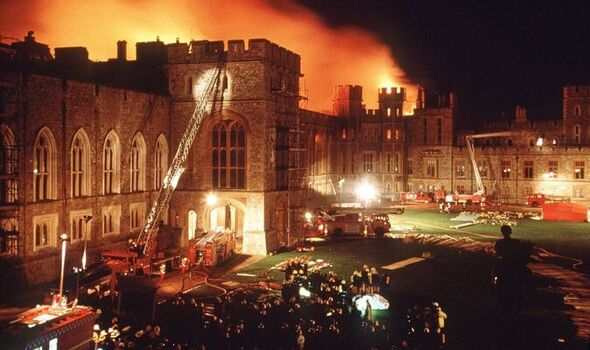 More than 300 firefighters from seven counties were sent to tackle the fire, which swiftly spread to St George’s Hall. More than 1.5 million gallons of water were used to extinguish the flames.

As 999 crews responded, the Royal Household also moved into gear. Priceless art from the Royal Collection – including paintings by Van Dyck and Rubens – were removed from the inferno’s path. In the event, just two works of art were destroyed.

Structural damage was more significant – 115 rooms were ruined, including nine staterooms. It took until the early hours of the next morning to finally extinguish the blaze.

Initial estimates for repairs hit £60million. Mercifully there were no deaths or serious injuries.

The restoration committee considered its options. Did it return Windsor to its pre-fire pomp, or adopt a new approach? In the end, a blended option was chosen; new formal passageways were created and St George’s Hall, which bore the brunt of the devastation, was reborn closer to its 14th-century inspiration.

The project took five years and cost £36.5million. Because Royal Palaces are often too expensive to carry insurance, the Queen looked for ways to make ends meet.

The following year it was announced that 70 percent of the costs would be recouped by charging the public to visit Windsor and other royal buildings, including Buckingham Palace. The Queen would also contribute £2million of her own money, as well as agreeing to start paying income tax – the first monarch to do so since the 1930s.

The year had already seen the publication of Diana: Her True Story, the divorce of Princess Anne and the separation of Prince Andrew. Little wonder then that the Queen used her Christmas speech to describe an “annus horribilis”.

Question: Which master novelist died aged 82 on this day in 1910?