Follow
Home » Lifestyle » Of All Donald Trumps Blunders, This One Stands Above The Rest

Of All Donald Trumps Blunders, This One Stands Above The Rest 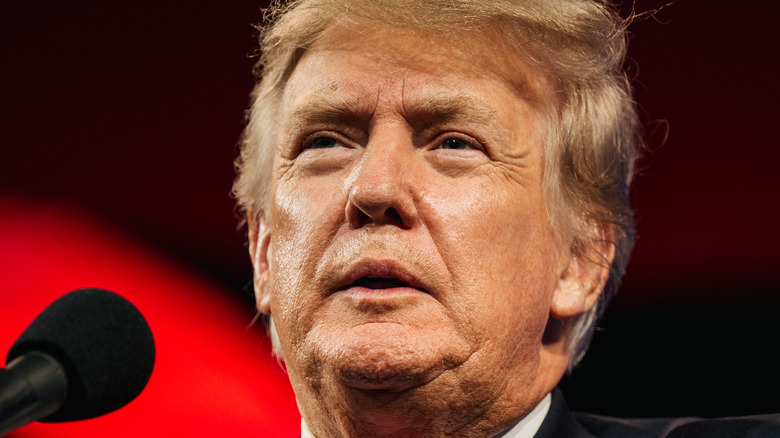 No president or world leader is perfect by any measure, but former president Donald Trump is considered so far from perfect that he ranked 41 out of 45 presidents on a 2021 C-Span survey of presidential historians. Andrew Johnson, the first United States president to be impeached, ranked below him. Trump was only the third president in U.S. history to be impeached, but he was the first to manage that feat twice. The world watched as Trump made mistake after mistake, often seeming to not understand how the government was supposed to work, but according to The Washington Post columnist Jennifer Rubin, his worst blunder came in the final year of his presidency.

When the coronavirus pandemic first began, Twitter-obsessed Trump downplayed it to the American people. Many saw the virus as something abstract that was only happening in China, as we viewed photos and videos of Chinese citizens going about their everyday life masked as 2020 began. Trump publicly stated numerous times both before cases and deaths started surging in the United States and after that the virus was nothing to worry about. However, what was happening behind the scenes — which Americans knew very little about at the time — led to the mistake Rubin said stands above the rest. 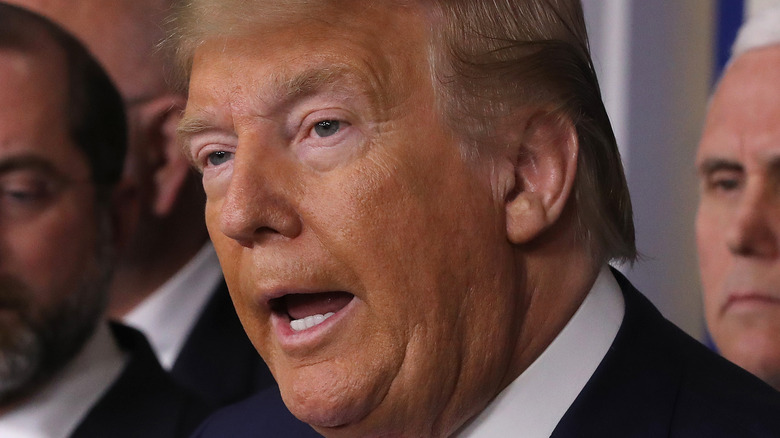 On January 19, 2020, the Centers for Disease Control (CDC) announced the first COVID-19 case found in the United States (via History). The former president also received two security briefings about the virus in January and on the 22nd of that month, he told the country the following: “We have it totally under control. It’s one person coming in from China, and we have it under control. It’s — going to be just fine,” via Vox.

A little more than a week later, on January 30, the World Health Organization said the virus was a global health emergency. The next day, the Department of Health and Human services declared it a public health emergency for the U.S. and Trump shut down some travel from China, but not all. As February wore on, the president continued to downplay the virus, calling it a “hoax” as reports of deaths in both Europe and the U.S. emerged, according to Vox.

While Trump tried to tell Americans everything was fine, Jennifer Rubin pointed out in her March 18, 2020 Washington Post column that the president had wasted valuable time preparing America and Americans for what was to come. That column was written just days after American states started shutting down. 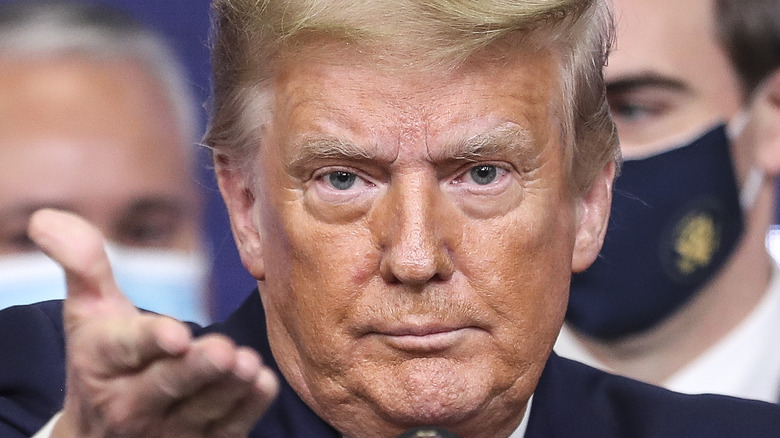 A March 7, 2020 report from The Washington Post noted that there were several things that went wrong as U.S. officials began realizing the country was going to have a public health problem. First, the initial kits used to test people for COVID-19 ended up being defective and unusable. Second, when the country did have working test kits, only people who had traveled to China, had respiratory symptoms, or who came in contact with an infected individual could get tested.

By the time the virus suddenly changed the way Americans lived their lives, states were scrambling to manage it with little help. As Juliette Kayyem, a former assistant secretary for Homeland Security under President Barack Obama, wrote for The Atlantic on March 17, 2021,” Now that containment efforts have so far failed to prevent community transmission of COVID-19 from occurring, governors in every state need to decide how to proceed.”

Kayyem went on to say that local leaders — such as mayors, college officials, and governors — had little to no example from the federal government as to how to cope with the devastating COVID-19. She asserted that officials from state to state had to “take it upon themselves” to try to curb the spread of the virus, but few avoided the overwhelming devastation that COVID-19 brought to hospitals, schools, workplaces, and public spaces alike. “A 50-state strategy has emerged to fill the vacuum left by an administration that is still unable to distribute enough testing kits, is still focused on closing borders, and was slow to tell the American public to just stay home,” she wrote.

What Donald Trump knew about COVID-19 while he downplayed it 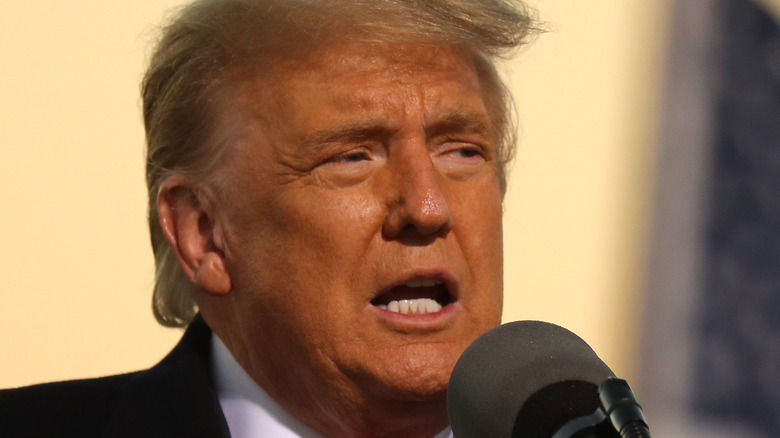 In September 2020, Americans learned that Donald Trump knew as early as January 2020 what COVID-19 could do. Thanks to the efforts of journalist Bob Woodward and his book entitled “Rage,” Trump admitted to him he was aware COVID-19 was dangerous and easily contagious as early as February 2020, while he was still telling the American people it was under control.

“It goes through the air,” Trump told Woodward on February 7. “That’s always tougher than the touch. You don’t have to touch things. Right? But the air, you just breathe the air and that’s how it’s passed,” via Reuters.

Just days before Trump’s presidency ended, USA Today reported that 400,022 Americans had died from COVID-19. In March of 2021, Dr. Deborah Birx, who led the White House Coronavirus Task Force, told CNN that most of those deaths were avoidable.

“I look at it this way. The first time we have an excuse,” Birx said. “There were about a hundred thousand deaths that came from that original surge. All of the rest of them, in my mind, could have been mitigated or decreased substantially.”

All, blunders, Donald, of, Trumps
You may also like: