Olivia Rodrigo gave a big “f–k you” – literally – to the Supreme Court justices during her set at the Glastonbury Festival on Saturday.

The singer brought out Lily Allen on stage to perform the latter’s hit song “F–k you,” dedicating it to the five Supreme Court justices who voted to overturn Roe v. Wade on Friday.

“So many women and so many girls are going to die because of this,” Rodrigo, 19, said.

“I’m devastated and terrified. I wanted to dedicate this next song to the five members of the Supreme Court who have showed us that at the end of the day, they truly don’t give a s–t about freedom.”

The former Disney Channel star added, “The song is for the justices: Samuel Alito, Clarence Thomas, Neil Gorsuch, Amy Coney Barrett, Brett Kavanaugh. We hate you! We hate you.”

The pair then performed the British singer’s 2009 hit, which includes the lyrics, “F–k you, f–k you very, very much / ’Cause we hate what you do / And we hate your whole crew.” 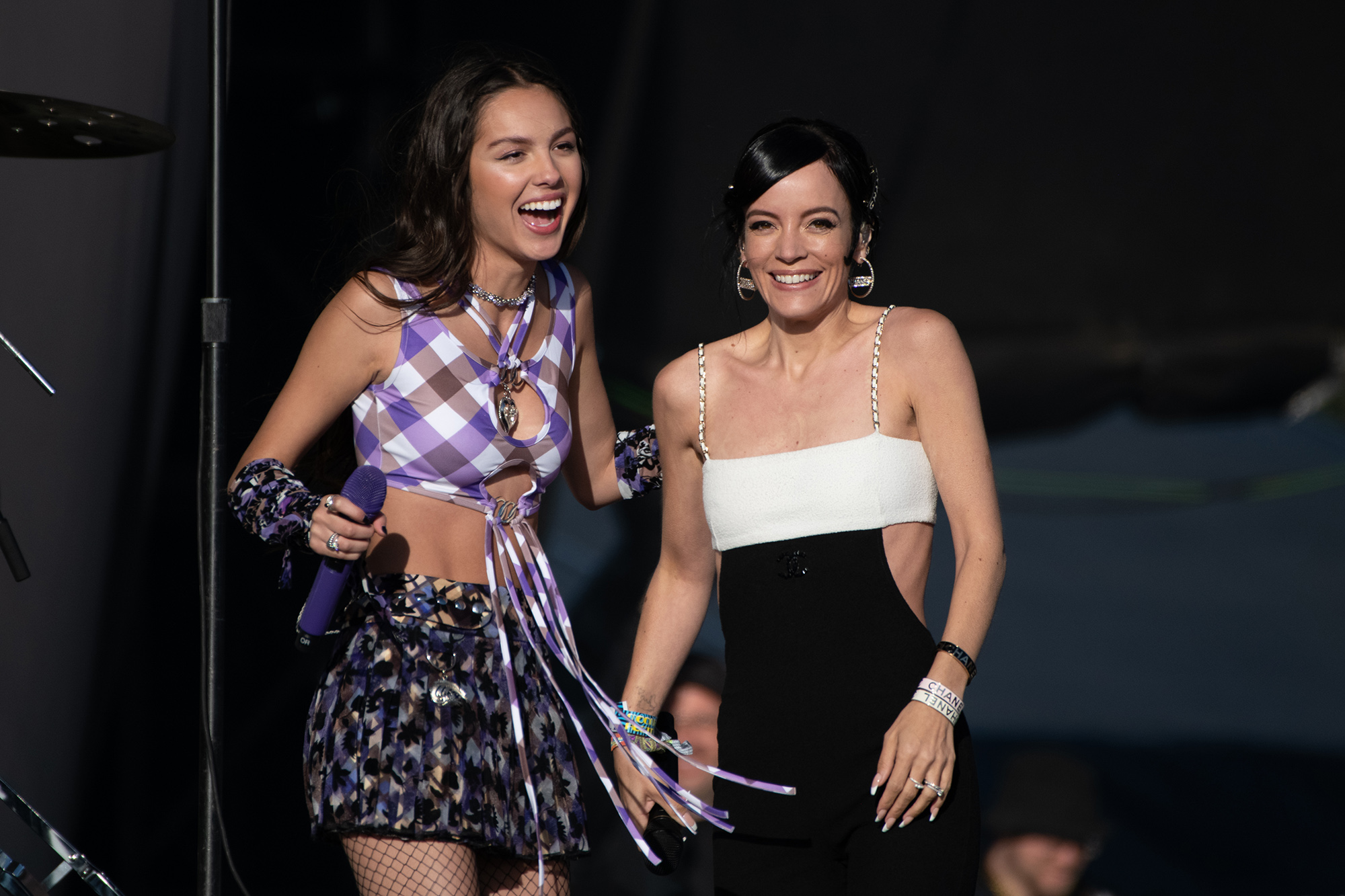 Rodrigo told the crowd, “This is actually my first Glastonbury and I’m sharing this stage with Lily, this is the biggest dream come true ever.

“But I’m also equally as heartbroken about what happened in America yesterday,” she added. 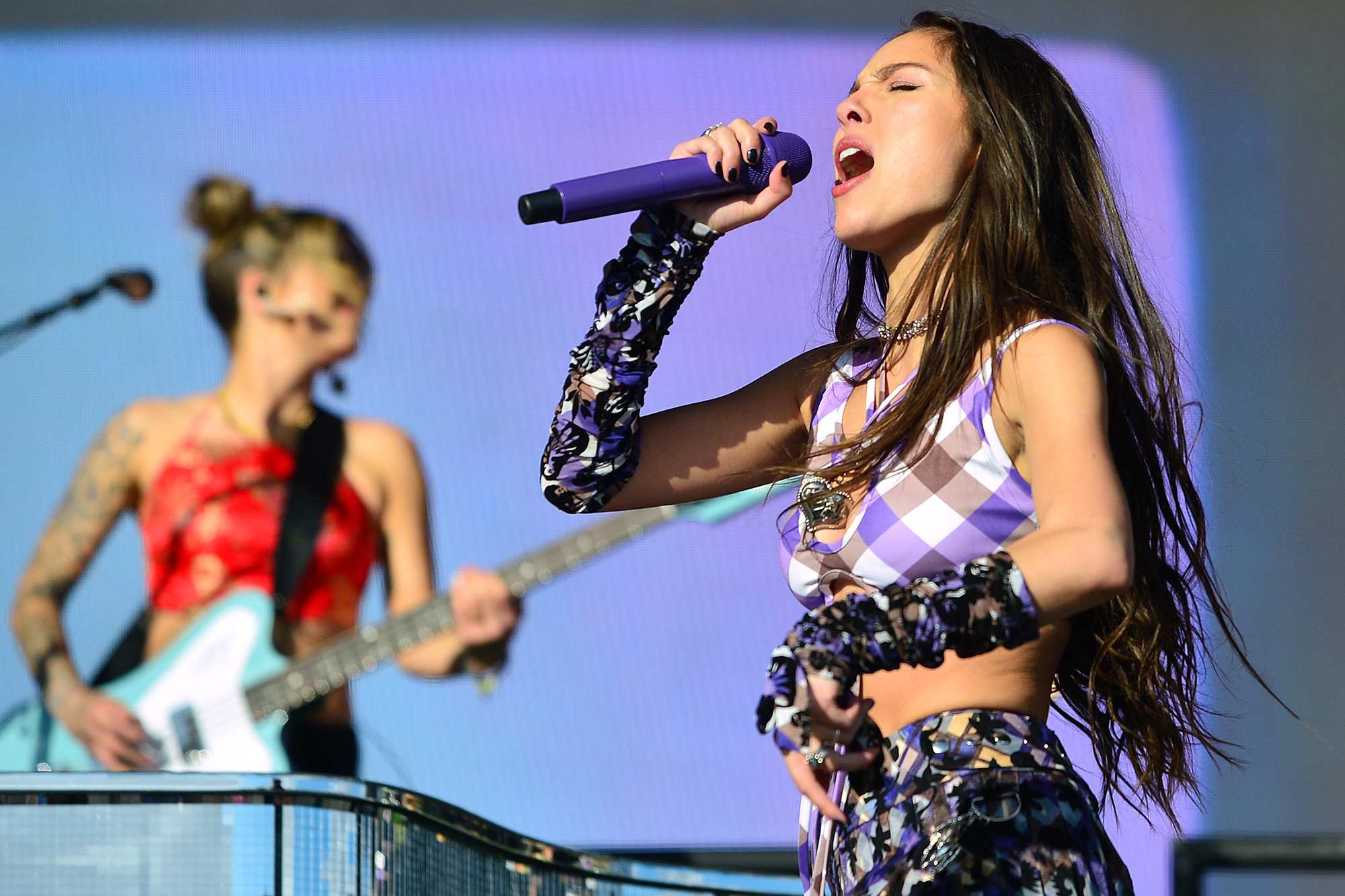 While the “Deja Vu” hitmaker spoke, Allen, 37, could be seen holding up two middle fingers.

They joined a host of other celebrities who have spoken out after the Supreme Court announced it had reversed the 1973 Roe v. Wade decision.

For the past 49 years, abortions have been legal in the United States under the premise that it’s a person’s protected right to choose what to do with their body. 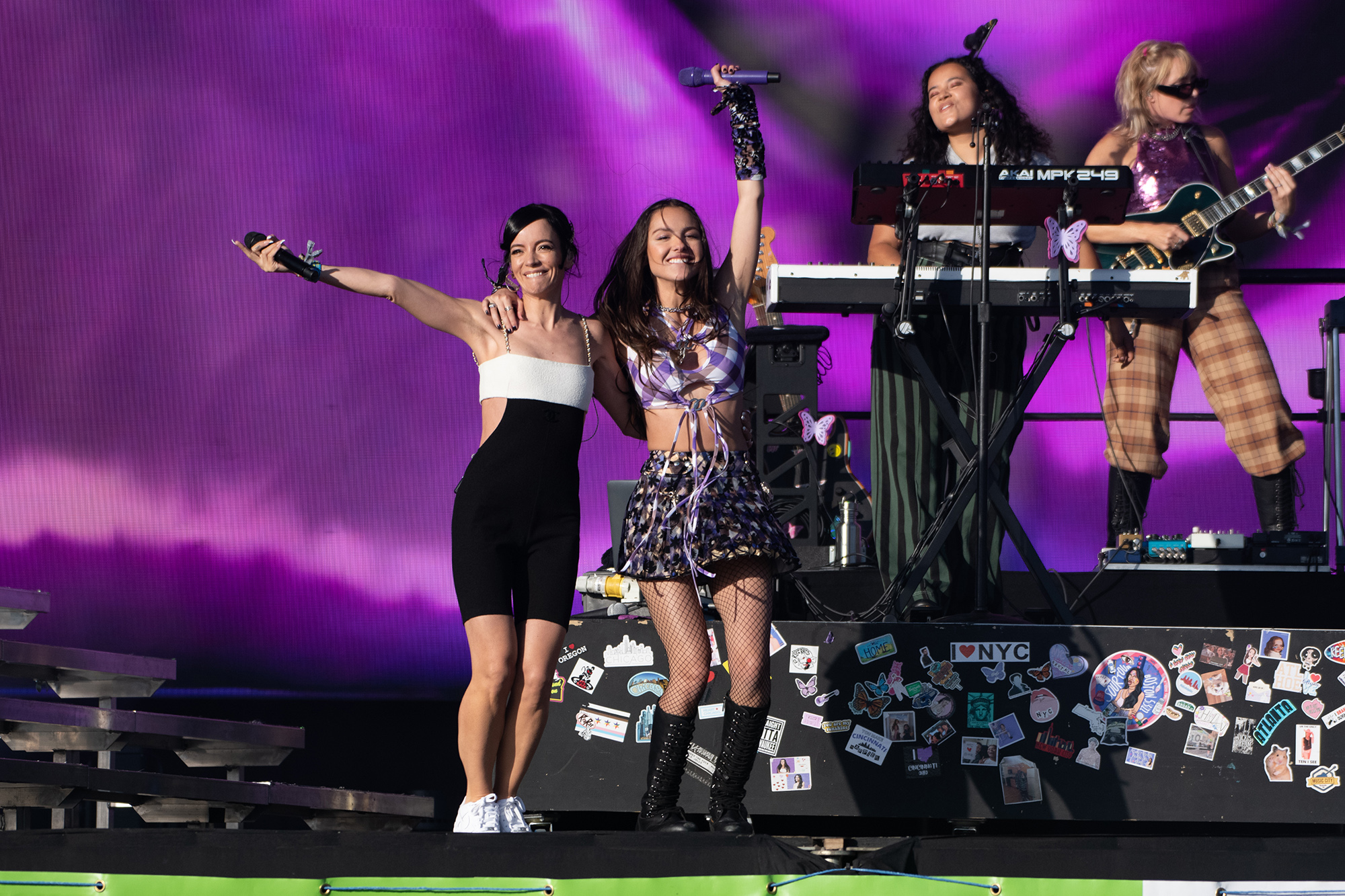 States now have the power to pass their own laws surrounding abortion, and Arkansas, Kentucky, Louisiana, Missouri and South Dakota have already banned abortions since the decision was announced.

Taylor Swift was among the celebs who took to Twitter, telling her followers she’s “absolutely terrified that this is where we are — that after so many decades of people fighting for women’s rights to their own bodies, today’s decision has stripped us of that.”