The “Don’t Worry Darling” director, 38, posted a short clip from what could very well be the musician’s unreleased music video for his brand-new song, “Music for a Sushi Restaurant,” on her Instagram Story Friday.

The two-part black-and-white video showed a bustling eatery with enthused patrons sipping cocktails, smoking cigarettes and dancing up a storm to the former One Direction heartthrob’s sultry track.

In the song, which is featured on his third studio album, “Harry’s House,” Styles, 28, sings about a green-eyed beauty who’s so hot that he “could cook on egg” her. He goes on to say he loves her “in every kind of way.”

Earlier this week, the U.K. native spoke highly of Wilde in one of the first interviews he’s ever done about his director-turned-girlfriend.

“I had a wonderful experience being directed by Olivia,” he told Howard Stern of his time on the set of “Don’t Worry Darling,” which is how the two first met back in 2020.

“Acting is kind of very uncomfortable at times,” Styles went on. “I think you have to trust a lot. It requires a lot of trust if you want to kind of give it everything, and I think being able to trust your director is a gift, so that was very helpful.” 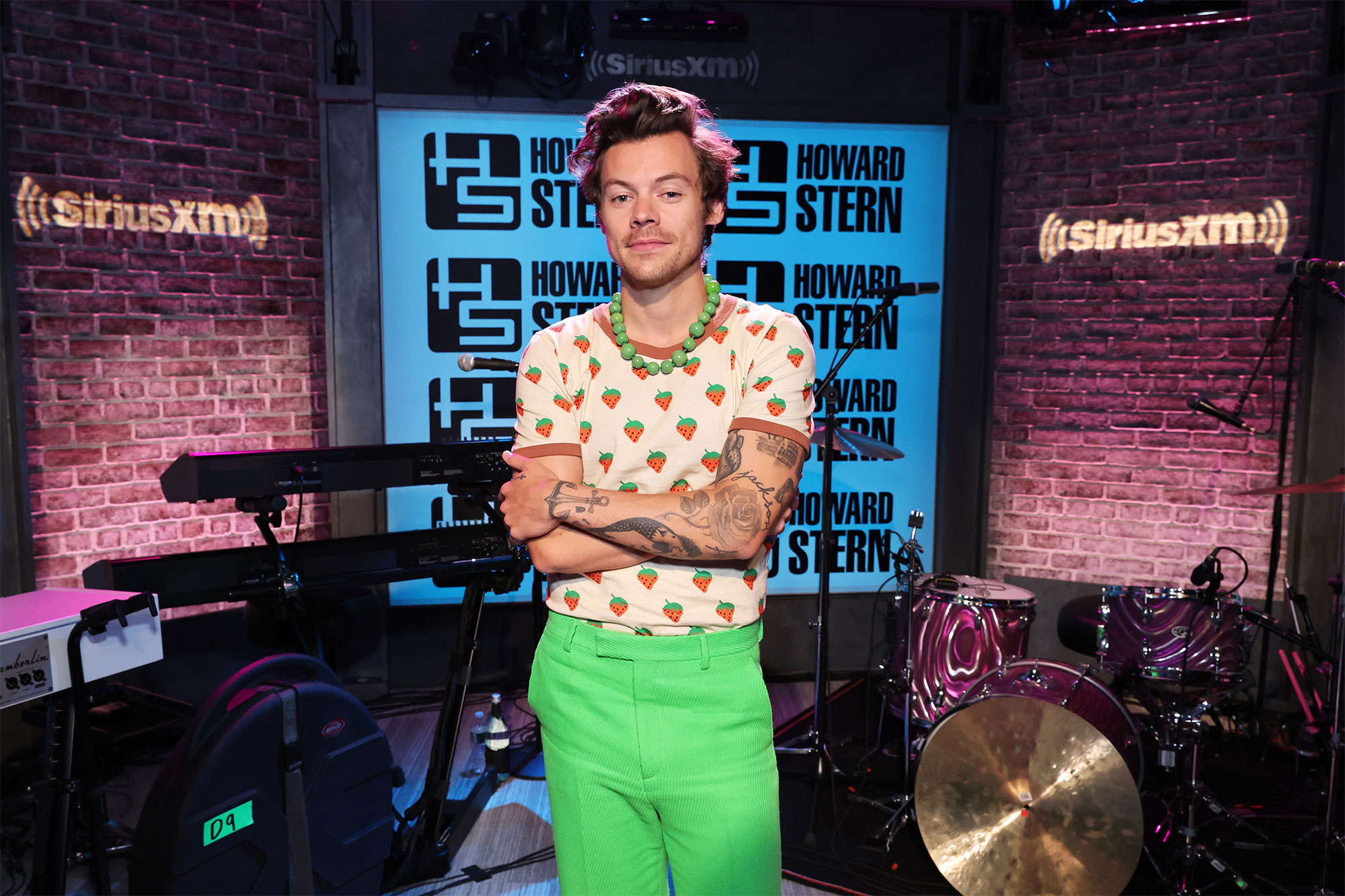 He concluded, “It meant for a really nice experience working on that movie.”

Wilde has also kept quiet about her romance with Styles but did joke during CinemaCon last month that he’s an “an up-and-coming actor.” She also previously addressed their 10-year age gap, saying in December 2021, “I think what you realize is that when you’re really happy, it doesn’t matter what strangers think about you. All that matters to you is what’s real, and what you love, and who you love.””

The pair sparked dating rumors in January 2021 after Page Six published exclusive photos of them attending Styles’ agent’s wedding together.

The sighting came just two months after Wilde split from former fiancé Jason Sudeikis, with whom she shares son Otis, 8, and daughter Daisy, 5.