By Meg Watson and Garry Maddox 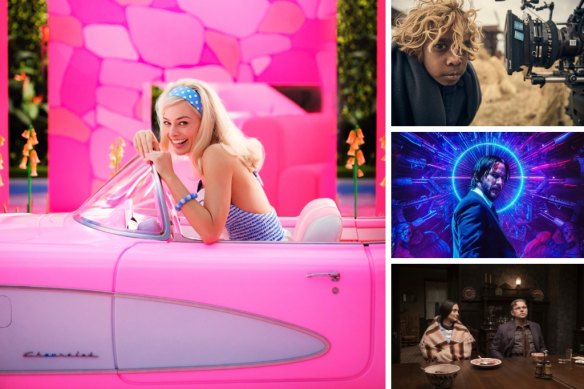 Barbie, The New Boy, John Wick: Chapter 4 and Killers of the Flower Moon are some of the films we’re most excited about in 2023.

From likely Oscar contenders, to intriguing Australian releases, and Hollywood blockbusters, the new year is full of promising films.

True, there are plenty of sequels. But as Top Gun: Maverick and Avatar: The Way Of Water have shown, we’ll happily head to the cinema if they’re good.

There are also original films from acclaimed directors – Christopher Nolan, Greta Gerwig, Martin Scorsese, Todd Field, Taika Waititi and Warwick Thorton among them – whose work is well worth following.

Here are 10 films that we’re especially looking forward to.

The first film after a 16-year hiatus from American director Todd Field (In The Bedroom, Little Children) centres on passionate composer-conductor Lydia Tar, who heads the Berlin Philharmonic. Despite her fame, Tar’s ruthlessness, sense of certainty and indiscreet liaisons with young women cause her life to start unravelling. Cate Blanchett won a Golden Globe this week and is assured of an Oscar nomination for a darkly gripping performance. She has called it a film about power and the cost of striving for excellence in a changing world. GM

It’s been eight years between drinks in the Magic Mike franchise, and we are thirsty. The final instalment of Channing Tatum’s semi-autobiographical Magic Mike trilogy has the titular downtrodden stripper team up with an older woman (Salma Hayek) to reclaim his craft and put on an extravagant live show in London (yes, it’s inspired by the real-life Magic Mike Live which toured Australia last year). Steven Soderbergh is back directing, so we’re in very good hands. And while the first two films have had something deeper to offer, Soderbergh has noted this film still ends with a 30-minute dance sequence so anyone looking for a hen’s night flick is still sorted. MW

There is no way to explain Cocaine Bear other than to say it is about a bear who stumbles across a duffel bag full of cocaine in the forest, ingests it then goes on a murderous coke-fuelled rampage. Both horror and comedy ensue. This Elizabeth Banks-directed film is inspired by real events. In 1985, an 80 kilogram black bear was found dead in the US state of Georgia next to 40 empty containers that had held drugs apparently dropped from a plane. The murders, however, are entirely fictional, so you don’t have to feel too bad when the bear kills Ray Liotta or Jesse Tyler Ferguson from Modern Family. MW

He’s come a long way from avenging that little puppy. Keanu Reeves’ beleaguered assassin John Wick (aka Baba Yaga) faces his biggest challenge yet travelling from New York to Paris, Osaka and Berlin to defeat the High Table. In this fourth instalment of the franchise (which is due to expand even further with an Ana de Armas spinoff in the works), Wick will face off against new villains including a European nobleman played by Bill Skarsgard. Stuntman-director Chad Stahelski has promised the film will feature “new and interesting ways to have John Wick suffer”. MW

Top Gun: Maverick was a reminder of how great it is watching a movie made for cinemas. A resurgent Tom Cruise’s return as agent Ethan Hunt shapes up as a similar action-packed experience. And the extra time from being held back repeatedly during the pandemic should mean the story hums. The trailer shows what to expect: car chases, racing motorbikes, a boat, a submarine, helicopters, a train crash and, of course, lots of Cruise running. Esai Morales (Ozark) is the villain this time. Director Christopher McQuarrie is back for his third impossible mission. His fourth, Part Two, is due out almost a year later. GM

A film so hotly anticipated that it inspired a fashion movement a year before its release. On the surface, Barbie doesn’t sound like the most exciting proposition – a live-action toy movie backed by Mattel, snooze. But with Margot Robbie and Ryan Gosling playing Barbie and Ken, and writer-director Greta Gerwig (Little Women, Lady Bird) calling the shots, it has rightfully become one of the year’s most anticipated releases. This is partly due to aesthetics: leaked images from the fluoro-clad production have made it look like a surreal, camp paradise. But we’re most looking forward to Gerwig’s characteristically witty and offbeat take on the content. MW

With a filmography that includes Dunkirk, Interstellar, Inception and the Dark Knight trilogy, a new Christopher Nolan movie is always an event. Cillian Murphy, a regular in Nolan’s casts, is playing Robert Oppenheimer, the American physicist often described as the “father of the atomic bomb” in a film based on the Pulitzer Prize winning biography American Prometheus. The impressive support cast includes Emily Blunt, Robert Downey Jr, Matt Damon, Rami Malek, Florence Pugh, Gary Oldman and Kenneth Branagh. As is his way, Nolan recreated the Manhattan Project’s first nuclear blast with real explosives rather than digital effects. GM 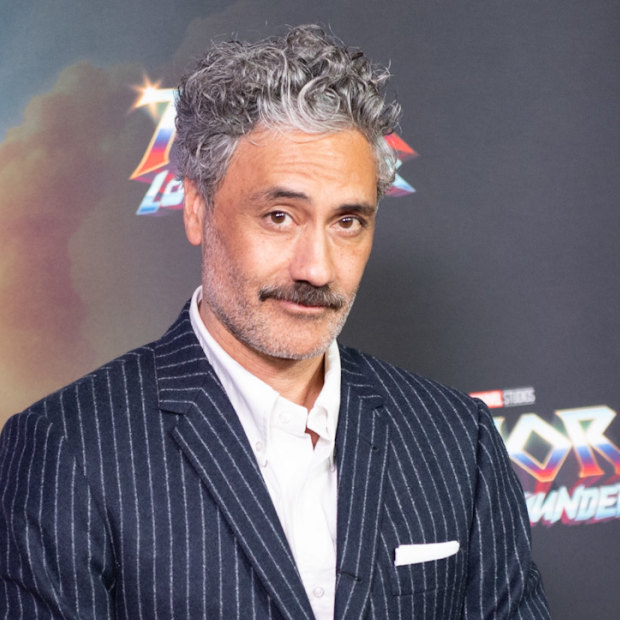 Taika Waititi’s next film after Jojo Rabbit and Thor: Love and Thunder has an unusual Australian connection. It centres on the American Samoan football team that was famously beaten 31-0 by the Socceroos in 2001. Based on a terrific British documentary with the same title, it’s an underdog story that follows a Dutch-American coach, played by Michael Fassbender, as he tries to transform the team leading into the 2014 World Cup. Armie Hammer originally played a football executive until multiple women accused him of sexual assault, which meant Waititi had to reshoot scenes with Will Arnett taking over the role. But, with Waititi directing, it sounds great. GM

Killers of the Flower Moon (no confirmed release date) 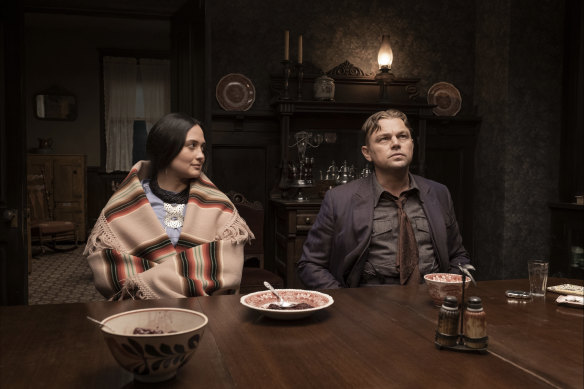 Leonardo DiCaprio and Lily Gladstone in Martin Scorsese’s Killers of the Flower Moon.

Martin Scorsese. Leonardo DiCaprio. Robert De Niro. All the big boys are coming out to play on this one and the story, based on a 2017 true-crime book with the same title by David Grann, promises to be both engrossing and horrifying. Set in 1920s Oklahoma, it centres on the real-life murders of members of the Native American Osage Nation – a tribe which held the biggest oil deposits in the US, the wealth of which could only be transferred by inheritance. Scorsese’s first Western will cover the FBI investigation into the so-called “reign of terror”. MW 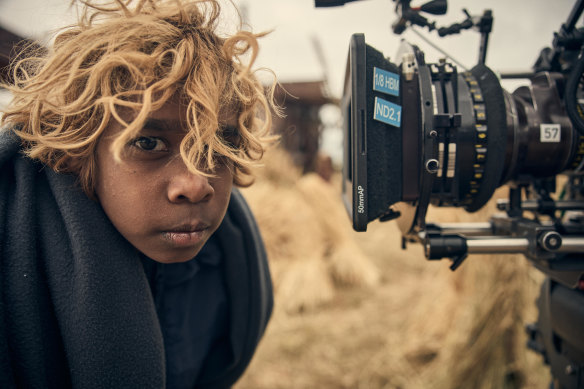 Aswan Reid on the set of Warwick Thornton’s The New BoyCredit: Ben King

The new film from Warwick Thornton, the brilliant talent behind Samson & Delilah, Sweet Country and Firebite, is described as spiritual drama. It follows a nine-year-old Aboriginal orphan boy (newcomer Aswan Reid) who is trying to survive at a remote monastery run by a renegade nun (Cate Blanchett) in the 1940s. The cast includes Deborah Mailman and Wayne Blair. Expect an international festival debut for a film that Screen Australia’s head of first nations, Angela Bates, says “explores spirituality, culture and colonisation in a way we haven’t seen on screen before”. GM