Taxpayers are funding thousands of unnecessary stent procedures a year, cardiologists say, with one describing it as an “outrageous example of overservicing”.

Stent procedures, which in cardiology involve a tiny tube being inserted into an artery to improve blood flow to the heart, are a common way to address chest pain, shortness of breath or asymptomatic blockages. 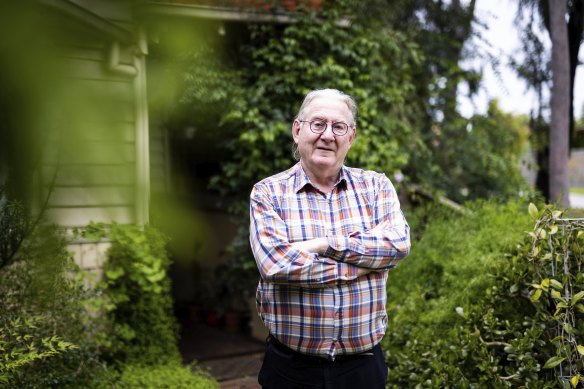 Paul Nash had a stent put into his heart years ago despite not being severely ill.Credit:Paul Jeffers

An expert working group formed to review Medicare billing practices recommended that in some circumstances stent procedures should be removed from the Medicare rebate system, based on peer-reviewed studies showing they offered little benefit for people with mild symptoms, but the advice was not adopted after some cardiologists lobbied to keep the rebates in place.

Those voicing concerns stressed that stent procedures were a valuable clinical tool in many cases, and that the dispute among cardiologists centred specifically on whether they were being overused in cases where people only showed symptoms of mild or stable angina.

“I was disappointed and shocked,” said cardiologist and physician Dr Brett Forge, a member of the expert working group. “I just didn’t think they could do that because the evidence from the peer-reviewed literature is overwhelming.”

Precise figures on the number of stent procedures are not available, but cardiologists said the number runs into the tens of thousands around Australia per year, with up to half of those estimated to be performed on people with only mild symptoms.

‘In the context of Medicare falling apart and hospitals struggling to survive, we’re just wasting all this money’.

The cost to the taxpayer via Medicare rebates varies greatly depending on the items claimed by doctors for types of stent procedure, hospital stays and some other factors, but one estimate put the average rebate at $2000. The overall cost of the procedure can be much higher, running into the tens of thousands of dollars per patient.

“In the context of Medicare falling apart and hospitals struggling to survive, we’re just wasting all this money,” Forge said. “It is an outrageous example of overservicing. But I suppose it’s just an example of how the system works. I think it’s just the tip of the iceberg.”

The working group examined seven separate studies on stents for stable patients with or without angina, and none of the trials showed any reduction in heart attacks or deaths in patients who received stents, compared to those who simply made lifestyle changes, such as a shift to low-cholesterol diets. In one 2017 study, featuring a group of 200 patients with stable angina, the effect of having a stent was found to be no different from having a placebo.

The group recommended stents not be used unless a patient had persisting troublesome angina after an adequate trial of lifestyle changes. 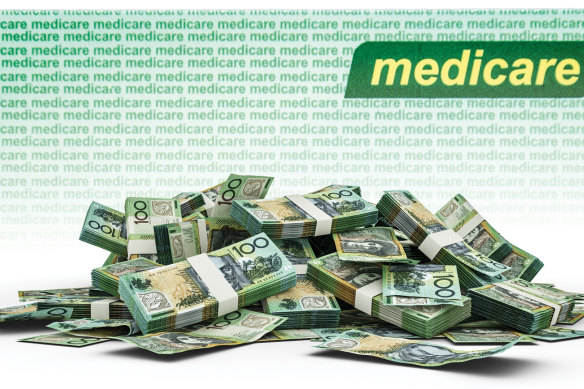 Some cardiologists say Medicare is being overcharged for stent procedures.Credit:iStock

There is division among cardiologists about the widespread billing of Medicare for stent procedures. This masthead spoke to several cardiologists who agreed that overservicing was taking place in relation to stent procedures but were unwilling to be named because of what they described as the “close-knit nature” of the specialist cardiology community.

The Cardio Society of Australia and New Zealand, a peak body, said it was involved in the Medicare Benefits Review that received advice from the working group about stents and “sought to ensure changes were reflective of best clinical practice and value”.

“CSANZ contests the notion that many patients are receiving unnecessary coronary stenting and that this is overservicing,” said Dr Sidney Lo, chair of the group’s interventional council.

“The findings of the Cardiac Services Clinical Committee that ‘PCI is only justified for persistent symptoms after trial of optimal medical treatment’ is a reasonable statement but in clinical practice falls short of the full spectrum of complex disease which is managed by clinical cardiologists,” Lo said.

“At an individual patient level it is impossible to determine what ‘persistent symptoms’ is and what constitutes an ‘adequate trial’ or what is ‘optimal medical treatment’.”

The use of stents has been widespread for decades in Australia. In 2008, Paul Nash told his GP he was experiencing tightness in his chest when walking uphill and a week later he was in hospital undergoing a stent procedure.

“I wasn’t made aware at the time that there were things I could have done in terms of diet and lifestyle that would have had the same effect,” Nash said.

“I wasn’t given the option really. There was no one briefing me at the hospital. It was just a case of ‘sign this waiver so if we need to we can put one or more stents in.’ In that situation, it’s just a case of placing your trust in the specialists.”

Dr Margaret Faux, a researcher and Medicare expert whose law firm provides information on correct Medicare billing, said the use of stents in patients with mild symptoms was overservicing and should not be eligible for Medicare rebates.

“Medicare is an honour system that assumes each service is clinically necessary, but doesn’t require proof,” Faux said. “The fact is that if a doctor puts a code into Medicare’s billing system and presses ‘go’ it will be paid without review. There are no effective controls and even fewer consequences. The system is actively discouraging change in areas such as cardiac stent billing.”