Follow
Home » Lifestyle » ‘People didn’t take me seriously’: How Gen Z is stepping into the workplace

‘People didn’t take me seriously’: How Gen Z is stepping into the workplace

Emily Martin has a pet business that turned over $1 million last year, but the 24-year-old Gen Z boss says getting respect from her much older employees hasn’t always been easy.

The Brisbane-based entrepreneur started her pet care business Dundies when she was just 20. In September last year, after three years of business, Dundies turned over $1 million. She has a team of 15 women, most of whom are 25 to 30 years her senior. In the beginning, she says she had some pushback due to her age and lack of experience. 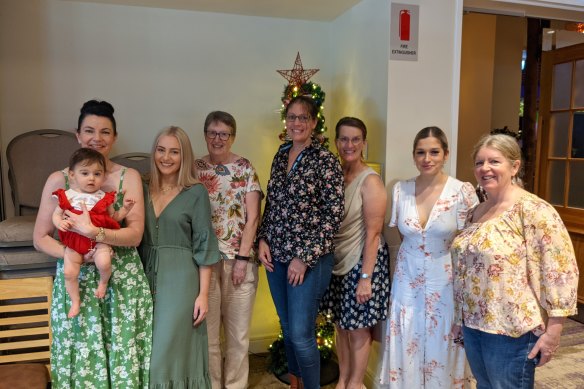 Emily Martin, second from left, founded her pet care business when she was 20.

“People didn’t take my authority or role seriously,” says Martin. She now employs the help of her mother, who acts as a mediator between Martin and half of her staff.

Martin says she has also dealt with pushback from people outside her team, like business mentors and accountants. “Being young is something people tend to look down upon, sometimes not even intentionally. They often compare where you are back to their own personal experiences of being young.”

As a Gen Z boss, Martin has also implemented new ways of working. Her hybrid work model allows members of her team, many of whom are mothers, to work flexible hours and from home. She has also established an “infant at work” model that allows new mothers to continue to work with their newborn. And working with the older generations has had its benefits too, she adds, with team members imparting “different skills and ways to do things that have helped save a lot of time with their work processes.”

The Australian workforce is becoming increasingly diverse, and for the first time spans five generations of workers. Data released by the ABS last year showed Millennials have now grown to account for 21.5 per cent of the population, making them proportionally equal to Baby Boomers. According to projections from PwC, millennials are set to make up 75 per cent of the workforce by 2025. Generation Z, the oldest of whom are now in their mid-20s, have also begun entering the workforce in the past few years.

By now, the stereotypes about Millennials and Generation Z being lazy and entitled are well-worn. But in the wake of a pandemic, and faced with the rising cost of living and a looming recession, it’s clear that younger generations are dealing with a unique set of challenges and rewriting the rules of work to suit. And as they continue to comprise a growing proportion of the job sector, workplaces will need to evolve.

Claire Madden, a Sydney-based social researcher who specialises in demographics and generational change, says Generation Z is entering the workforce at a time of massive social and economic change. This new generation, she says, has different expectations about what they want from work, including greater flexibility, stability, and a collaborative environment. This different perspective from work can put pressure on employers to attract younger employees.

Madden also believes Millennials are a good “bridging generation” between Gen Z and Baby Boomers. “Millennials remember the shift from the paper world to the digital world, they remember life pre-mobile phones and have adapted to this new world,” she says.

But these differences aren’t necessarily a bad thing, and can be used to create a more dynamic, productive workplace. “Baby Boomers have a depth and wealth of knowledge, while Generation Z have fresh eyes, and may have faster ways of doing things or engaging clients,” she says. This new generation also represents the emerging consumer, and so listening to them can give companies key insights into how to evolve and stay relevant. 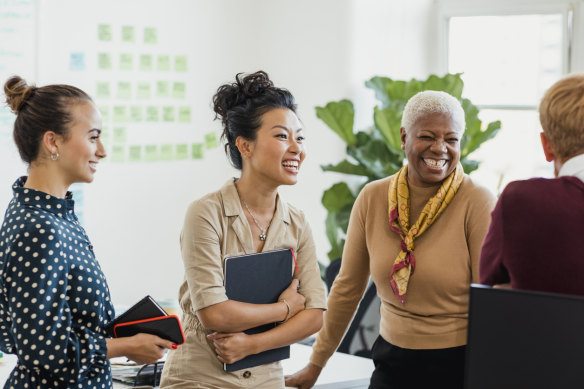 The traditional “work your way up from the bottom” model of work has also changed.

“Boomers will say, ‘we had to earn our stripes, do the mundane or boring jobs before we could work our way up’,” says Madden. “It’s an understandable pain point, but we have a society that has shifted significantly over the past few decades, and we have to update our leadership styles.”

While we still need leaders, Madden calls for a more collaborative leadership style in which different voices can be heard. She emphasises the need to build cross-generational relationships through things like mentoring, and the value of just taking time to listen and learn.

Liz Wilkes is a midwife and the managing director of Australia’s largest midwifery practice, My Midwives, in Toowoomba, Queensland. Her team of about 40 staff includes Australia’s youngest Medicare provider midwife, 24, and one of the country’s oldest working Medicare provider midwives, 69. She says workers’ expectations around work-life balance have changed dramatically in the last few decades.

“Younger midwives demonstrate a greater understanding of burnout, and the things they need to do in terms of preventing it. It’s something that has been really obvious to the older staff and something they can learn from,” she says.

That said, Wilkes points out that her midwives are unique to those working a traditional nine-to-five in that they are required to be on call for expecting mothers. She says sitting down with staff and having that generational mix has been beneficial to coming up with innovative ideas to manage this, like having people with young children rostered on with childless staff, and scheduling set days off each month.

She also adds that generational diversity has been beneficial to her clients. “Everybody is at a different stage of life and has a different level of experience, it’s about being able to unpack that and direct people to the midwife they might need. Some people might need someone who’s really experienced while others will need someone who’s really fresh and energetic.” 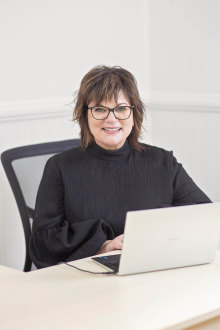 Liz Wilkes, a Toowoomba-based midwife and managing director of My Midwives.

Managing such a diverse workforce has come with its challenges, and Wilkes says she’s had to tailor her management style to staff of different ages. In terms of feedback, “Older people want to have everything on paper – the facts and figures – whereas younger people are more emotional, they want regular feedback, not just the cut and dry stuff but the more feeling aspects of the work too.”

Wilkes says the trend of younger generations having greater confidence to go for what they want, rather than “paying their dues” first, has certainly been seen in her line of work. Her practice includes Australia’s youngest endorsed midwife, who is 24. “Previously midwives wouldn’t even expect [to achieve] that until they were in their 30s,” she says. “Now, they [Generation Z] don’t want a long-term career trajectory. They want to get in, get to the place they want to be and get it straight way.”

Nural Seker, 43, is an educational coach and mentor with more than 17 years of experience in the Victorian teaching sector. She works with everyone from graduates in their early 20s, right up to staff of retirement age.

She says there is “never any friction” between age groups. “The younger ones are always a bit more gung ho, they jump in. The older ones take them under their wings.” 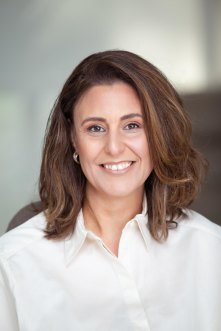 Nural Seker, an education coach and mentor from Melbourne.

But, Seker observes that younger teachers “aren’t as equipped when coming out of university to handle certain challenges,” like dealing with different behaviours and personalities in the classroom. While more experienced teachers can leave these difficulties behind when they go home, this isn’t always the case for those just starting out.

Seker is in the process of designing a course to help young teachers stay in the game. “Right now a lot of the teachers are saying ‘I don’t know how long I can do this for’,” she says.

What advice does Gen Z’s Emily Martin have for other young people coming up against age-based stereotypes?

“[Success is about] having faith in yourself and the fact you can manage people and have the skills to do that. You don’t have to bow down to people when they’re older.”