It’s NOT a bit of an animal! Peperami delights vegetarians and flexitarians with the release of its first meat-free Vegerami range which comes in TWO flavours and costs £1 a pack

Having remained one of the most popular meat snack brands to sell in the UK since 1979, Peperami is expanding its reach with the release of its first ever vegetarian range.

The German brand has unveiled its new Vegerami priced at £1 per 40g pack, initially exclusive to Tesco.

Peperami is yet to share the release on its social media accounts, but hashtags have already started to appear with eager vegetarians and flexitarians gushing about their eagerness to try the new snack. 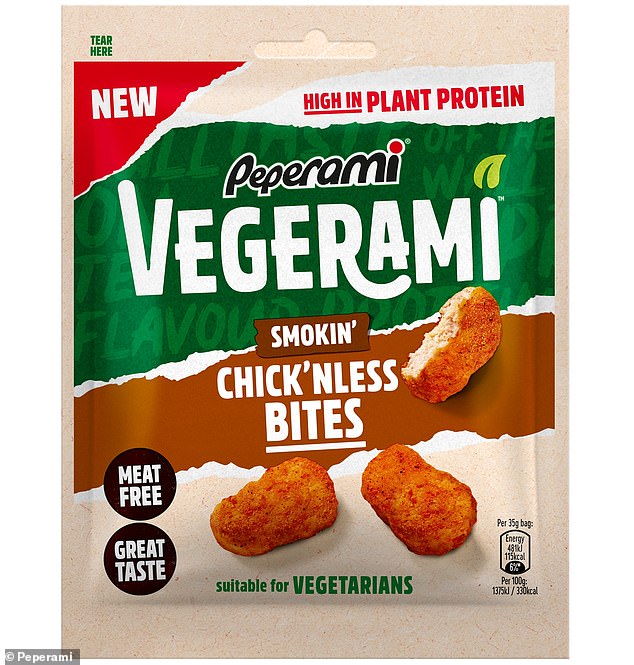 According to The Grocer the brand, which re-branded its packaging last month, is also working on creating an imitation of its classic meat stick.

Commenting on Instagram, one person wrote: ‘We can’t wait to try it, while another wrote: ‘Sounds good.’

A third added: ‘This is so exciting but where are veggie Peperami sticks? I miss the red one so much.’

Others have admitted they’re pleased with the release, but complained vegans are unable to try the snack because of the presence of eggs.

The new Vegerami range comes just months after the brand – which famously used the slogan ‘It’s a bit of an animal’ – teased the range on social media with an April Fools Day prank.

The brand has been working tirelessly to create a meat-free product that has a similar taste and texture to chicken.

It claims the new bites are tender and succulent, making them the perfect meat-free alternative to chicken for both vegetarians and the rising number of flexitarians.

The bites are made from pea-protein as an on-the-go-snack or as a food choice to incorporate into salads and wraps.

The packs have less than 134 calories, with the Smokin’ Bites offering a smoky flavour and the Pep’d Up variety coated in a spiced-up glaze.

A spokesperson from Peperami said: ‘We are a nation of meat eaters, but as the flexitarian trend gains momentum, there is a greater consumer demand for meat-free snacks which has inspired the launch of Vegerami.

‘At Peperami, it is important that we keep up with modern consumer tastes and continue to produce great-tasting products across multiple snacking categories. 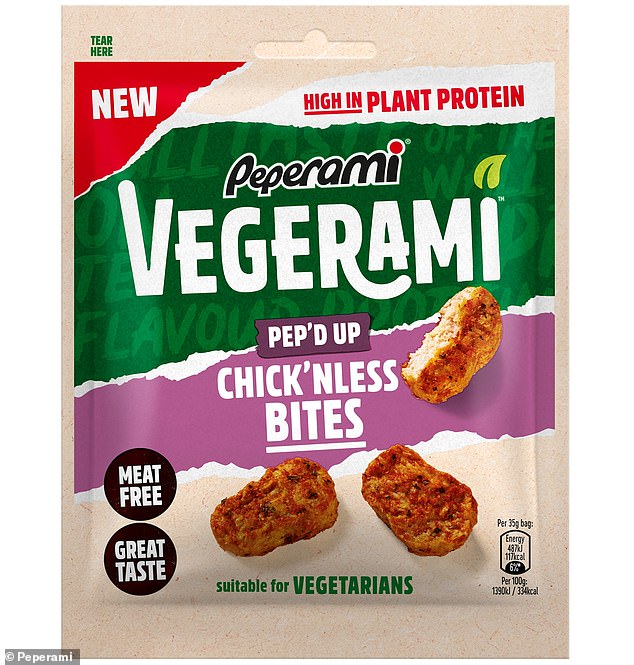 ‘We believe our new Vegerami range will significantly contribute to category growth, as the meat-free and meat snacking categories grow side by side.’

The food manufacturers have spent years mocking vegetarians and vegans, however the brand’s marketing manager Pavan Chandra claims its ‘tongue-in-cheek’ tone shouldn’t be taken too seriously.