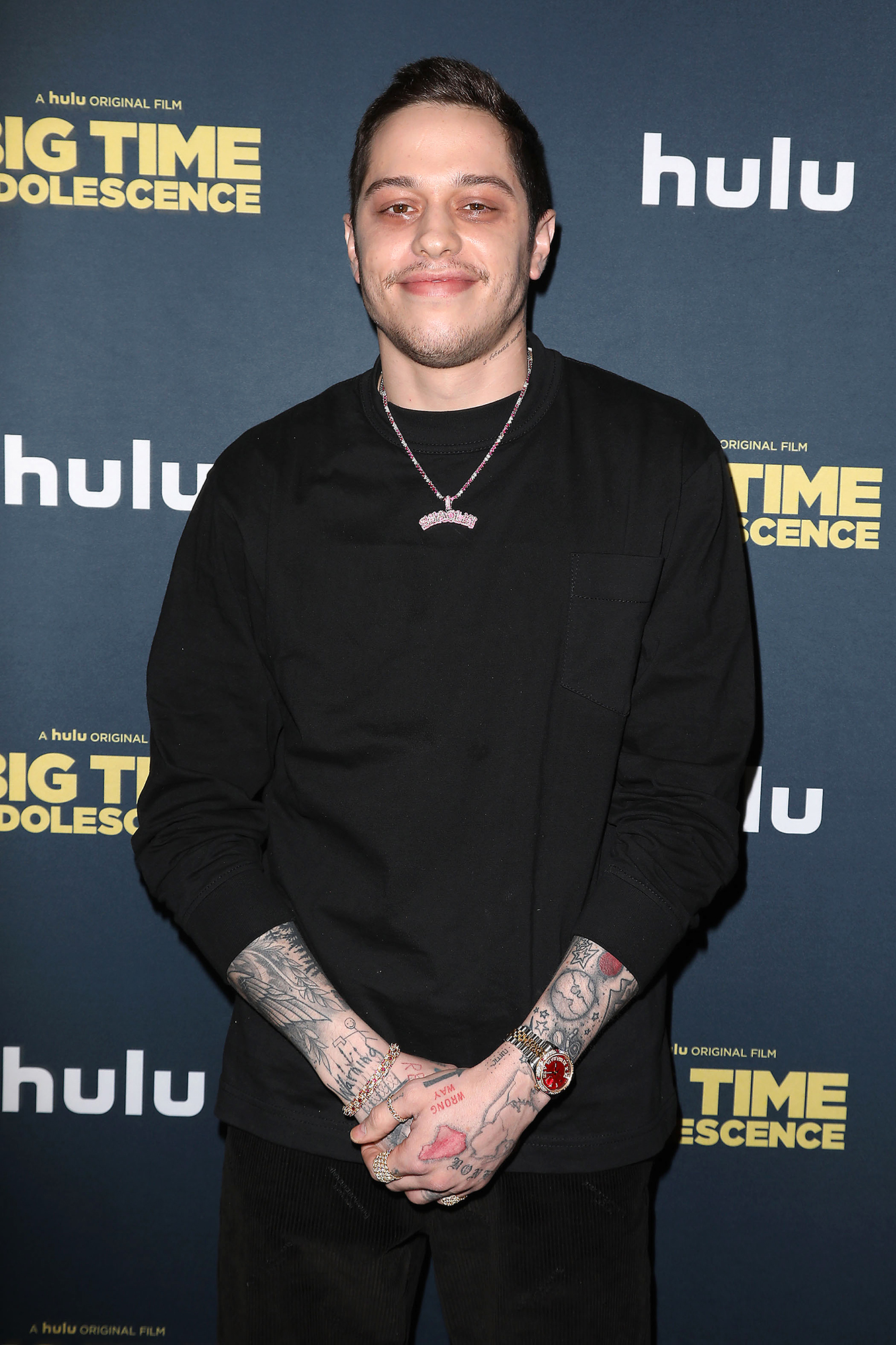 Sharing his snuggling habits! Pete Davidson revealed whether he prefers to be the big spoon or the little spoon in a new video.

“I like being both spoons,” the Saturday Night Live alum, 29, told Eli Manning in a clip shared via their new joint Instagram account, which launched on Wednesday, December 7. “I don’t know, sometimes I like to switch it up. Sometimes I like to be the chick, Eli.”

The retired quarterback, 41, for his part, said he prefers big spoon before admitting that he didn’t understand the question. “I thought it was, like, an eating [thing]. … I thought you meant when you eat soup, I like a bigger spoon. … I like a lot of food,” Manning said.

“You’re adorable. … That’s so cute. You’re just such a nice guy,” Davidson said, laughing, after clarifying that his inquiry was referring to “[when] you snuggle with your girl.”

The comedian and the former NFL star briefly explained the new shared Instagram page in their bio, writing, “We both don’t have Instagram, so we made one together. Pete Davidson 🤝🏻 Eli Manning.” The bio also includes a link to an episode of Manning’s web series, The Eli Manning Show. In the clip, the athlete visits the King of Staten Island star’s apartment.

Davidson’s cuddling comments came amid his romance with Emily Ratajkowski. Us Weekly broke the news in November that the pair are dating. 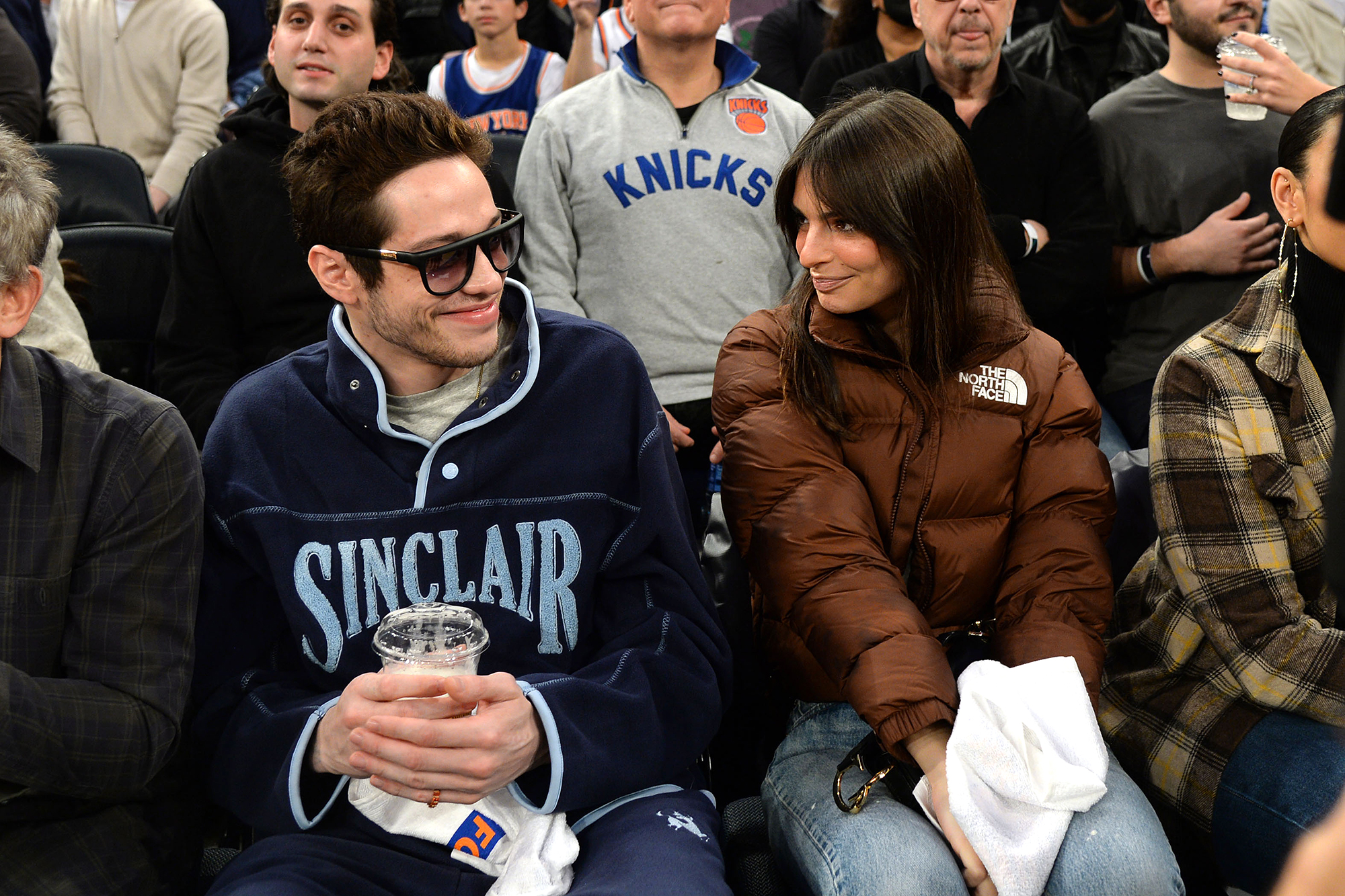 “Pete and Emily have been talking for a couple months now,” a source exclusively revealed at the time. “Pete makes Emily laugh and he loves how intelligent she is.”

Emily Ratajkowski and Pete Davidson: A Timeline of Their Relationship

“Pete and Emily just dig each other and find the vibe they have very easy and free-flowing,” another source subsequently told Us. “There’s no intensity or over-expectation on either side, just a lot of fun and a chance to cut loose and see where it leads.”

The insider added: “There’s no doubt Pete loves a challenge and he’s certainly met his intellectual match in Emily.”

Prior to his connection with the My Body author, Davidson dated Kim Kardashian. The duo parted ways in August after less than a year of dating, with a source noting that it was amicable.

Ratajkowski, for her part, split from now-estranged husband Sebastian Bear-McClard in July after four years of marriage amid cheating allegations against him. The duo share son Sylvester Apollo Bear, 21 months.

The iCarly alum, who filed for divorce in September, opened up about the single life during an October interview with Harper’s Bazaar.

“I can tell you that I have never been single before. I feel all the emotions. I feel anger, sadness. I feel excitement. I feel joy. I feel levity. Every day is different. The only good thing I know is that I’m feeling all those things, which is nice because it makes me believe that I’ll be okay,” she told the outlet.

One year before the Gone Girl actress sparked a connection with Davidson, she sang his praises during a November 2021 appearance on Late Night With Seth Meyers.

“He seems super charming, he’s vulnerable, he’s lovely, his fingernail polish is awesome,” she said at the time. “Like, he looks good, he’s great.”