A man was spooked when he met a total stranger who looked nearly identical to him at the Flamingo Hotel in Nevada city.

In a Reddit post shared last month, Sean Douglas McArdle, from Kent, Ohio, said he’s convinced he is living ‘in a simulation’ after he swam past his doppelgänger in a swimming pool while on vacation in Las Vegas.

And it’s not the first time two people who seemingly have no relationship to one another have stumbled into a real-life twin.

BoredPanda has collated a series of instances which will leave you wondering if you’re seeing double.

Here, FEMAIL rounds up the most surreal times people have bumped into their other variants, including chance meetings at college, sitting next to each other on a flight and attending a wedding. 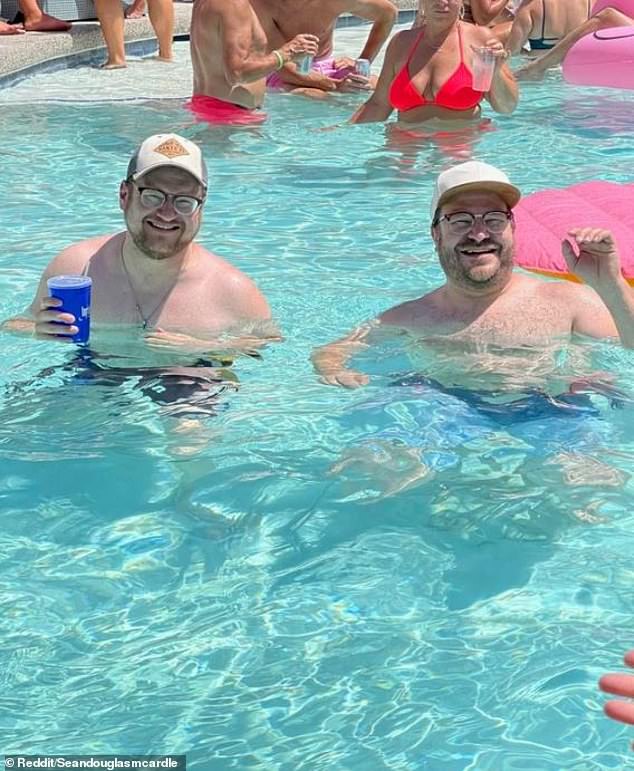 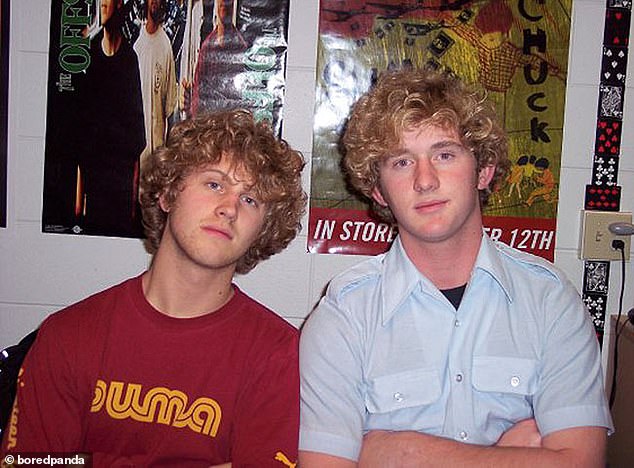 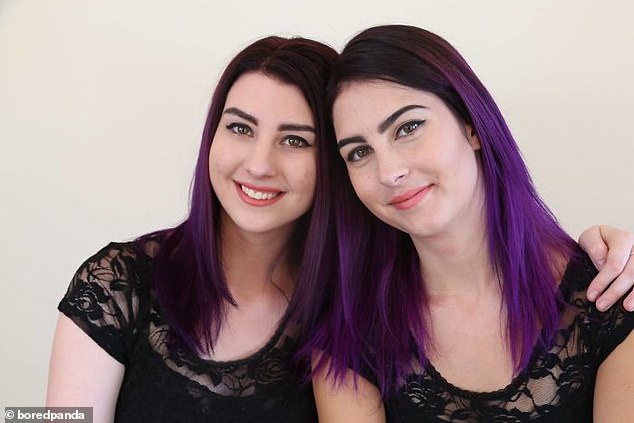 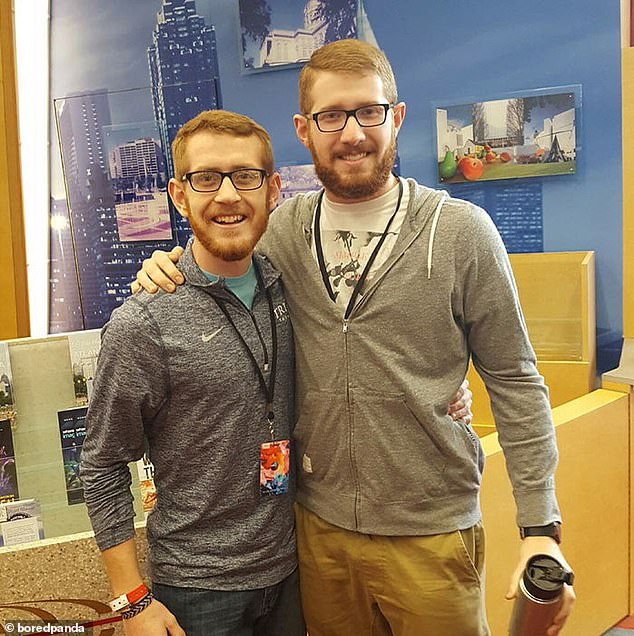 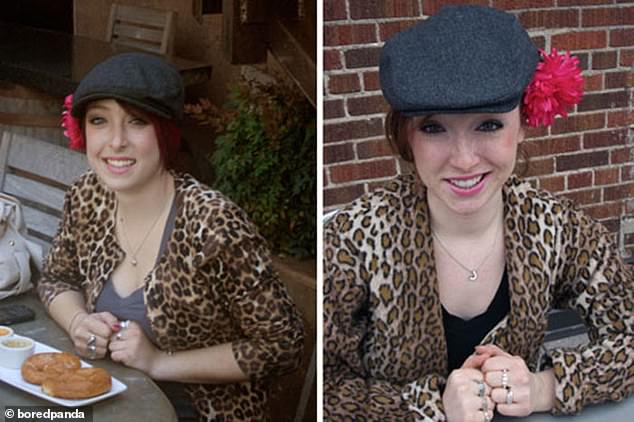 Tim Nyberg spotted a server in San Diego (left) and was taken aback by how much she reminded him his daughter (right). He later made his daughter recreate the snap 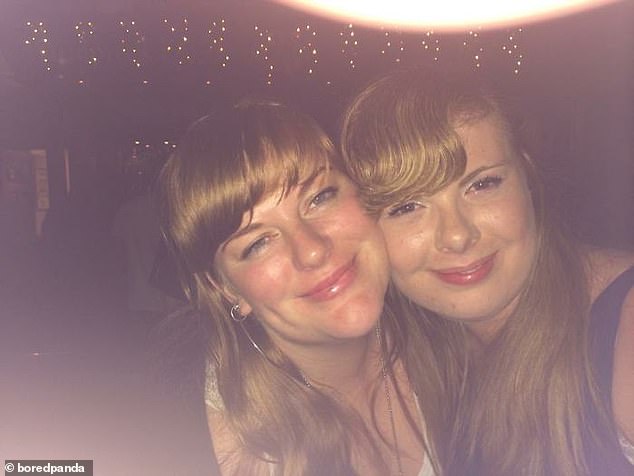 These strangers look so alike, flaunting matching waves bangs and golden blonde tresses, that the user said her friends gave the doppelgänger a hug 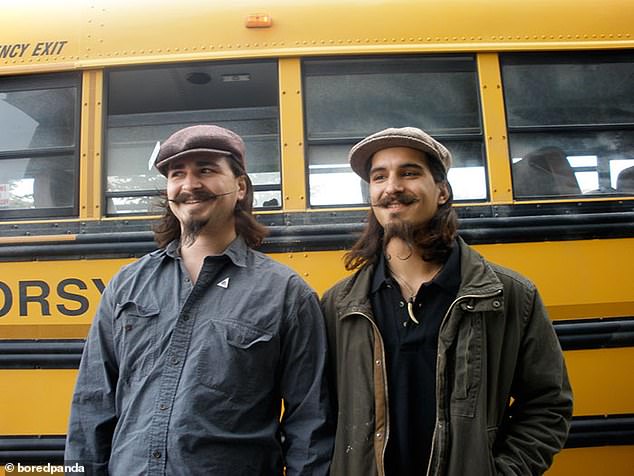 These two strangers share eerie similarities, down to their carefully architected facial hair and hats 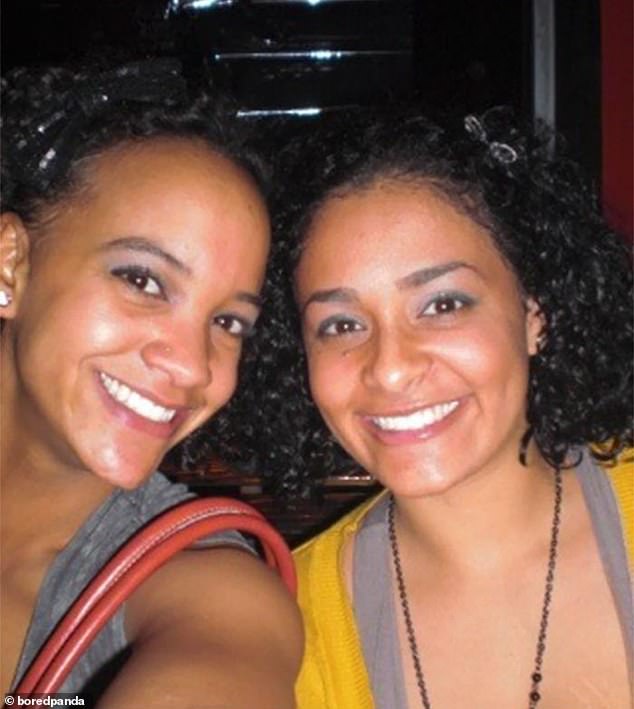 One user was very excited to meet her doppelgänger, who not only shared her eyeshadow look but also matched hair accessories 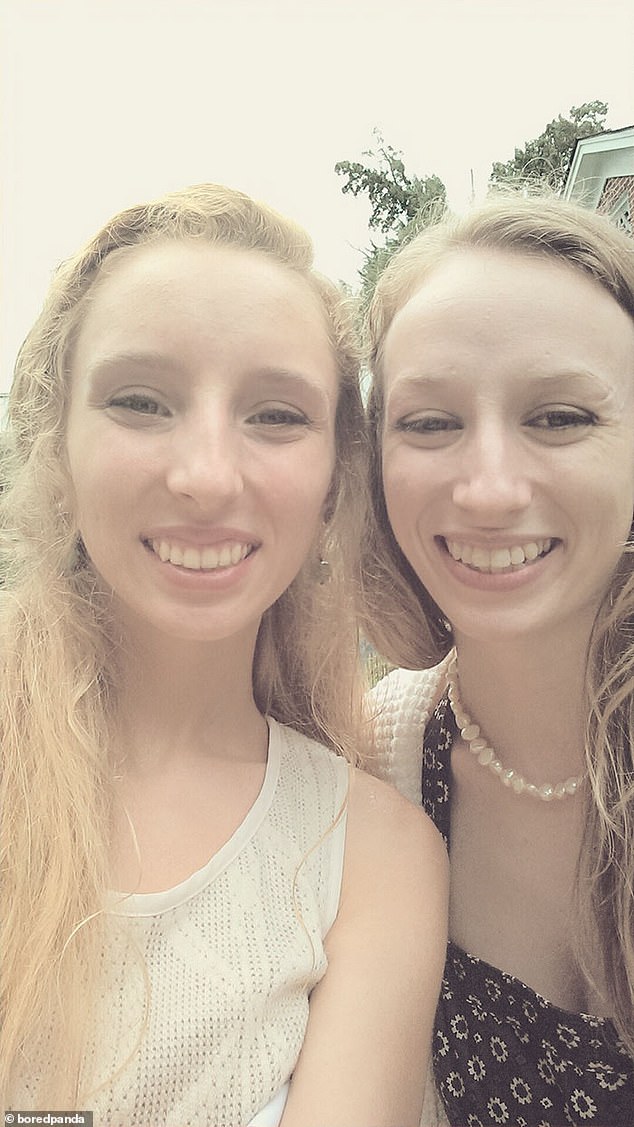 One woman bumped into her doppelgänger at a cousin’s wedding, only to realise the lookalike isn’t a blood relation 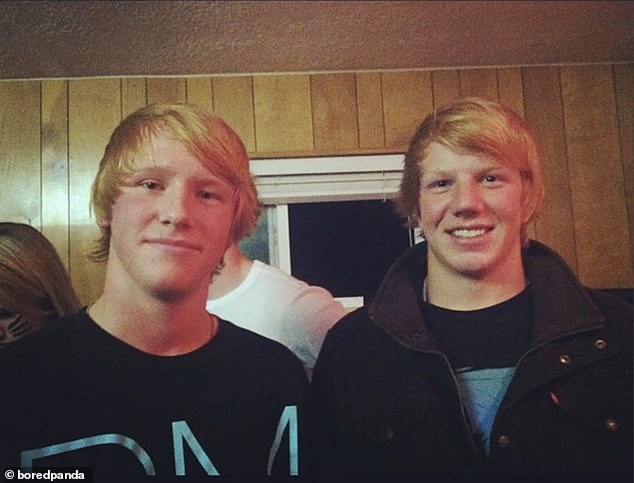 These two must have been confused to meet each other at a party, looking nearly identical with similar outfits 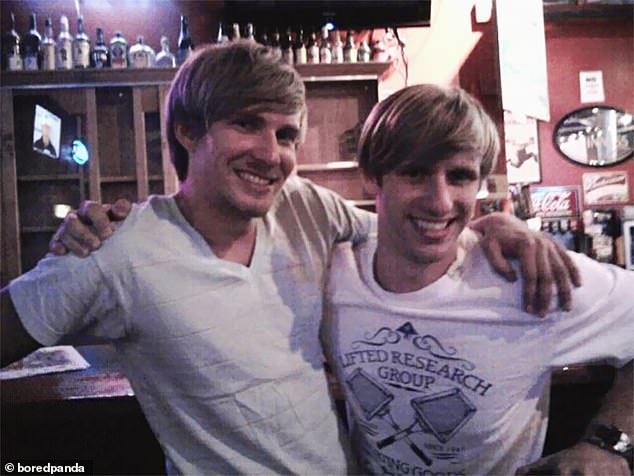 One user met his ‘brother from another mother’ – called Adam – at the bar; and it would seem the pair have more in common than a love for beer 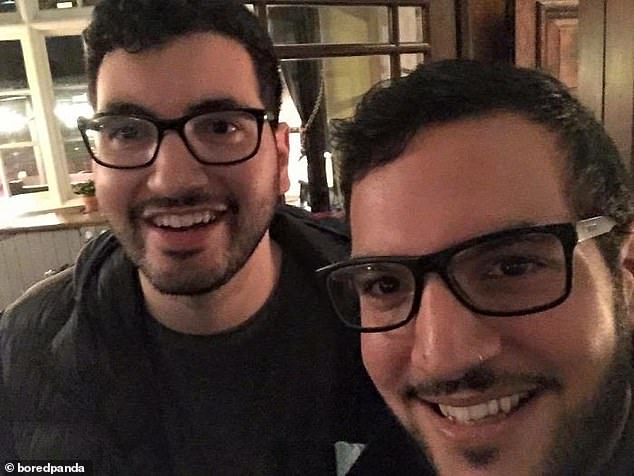 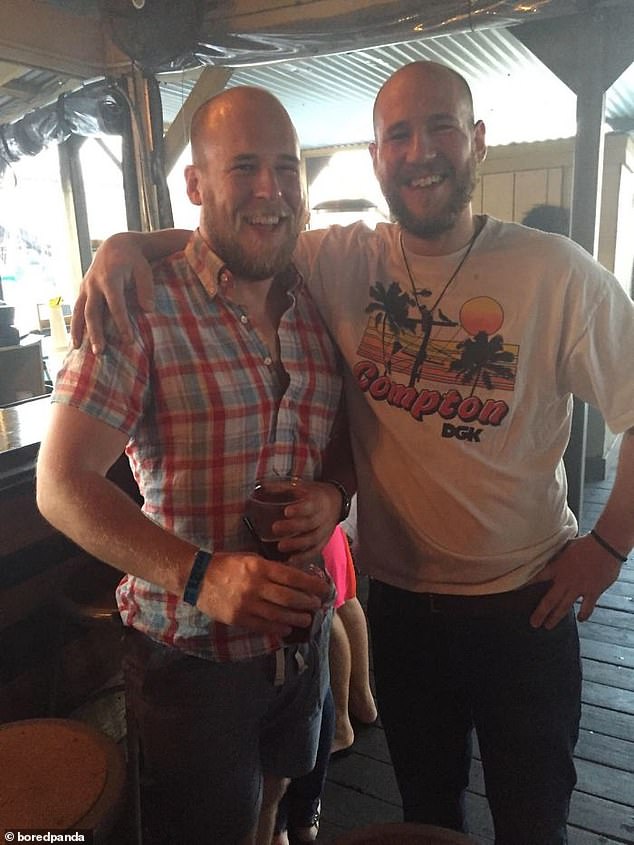 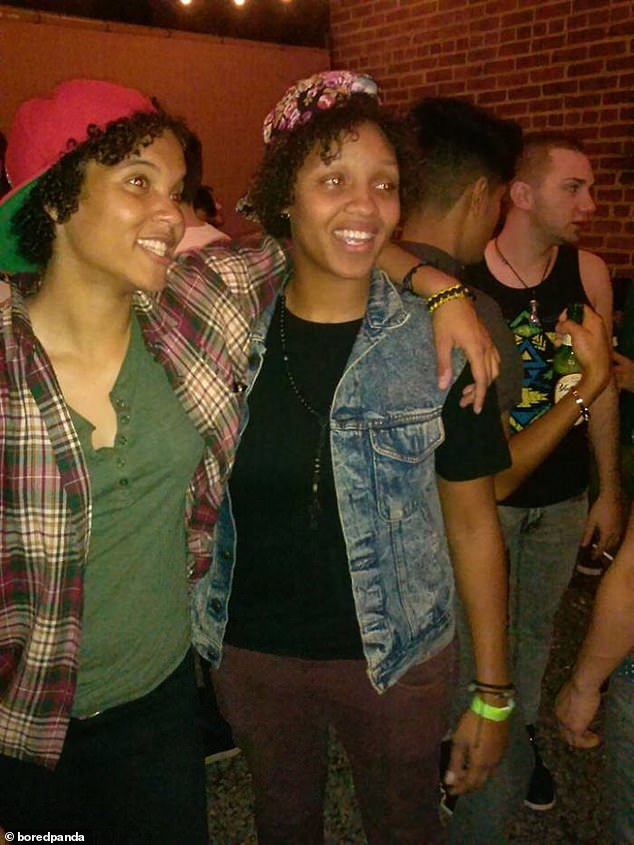