Antioch, California — Police here are denying that one of their officers knelt on the neck of a Navy veteran for several minutes while restraining him in late December, reports CBS San Francisco. Angelo Quinto’s family called police because the 30-year-old was suffering a mental health crisis and needed help.

His family said last week that a responding officer knelt on Quinto’s neck for nearly five minutes while another officer held his legs. Quinto lost consciousness and was taken by ambulance to a hospital, where he died three days later.

“He said ‘Please don’t kill me. Please don’t kill me’ as they were putting him on the ground. They handcuffed him and one officer put his knee on the back of his neck the whole time I was in the room,” said Quinto’s mother, Cassandra Quinto-Collins.

But, says CBS San Francisco, Antioch Police say they only had a knee on his shoulder blade, and only for a few seconds as he was handcuffed. 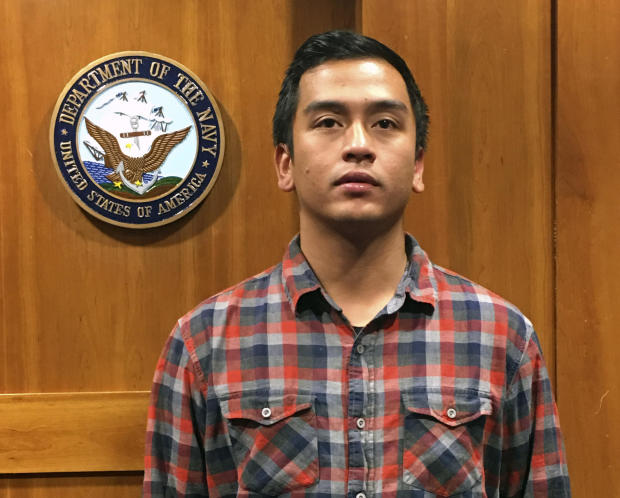 “At no point, did any officer use a knee or other body parts to gain leverage or apply pressure to Angelo’s head, neck or throat, which is outside of our policy and training,” Brooks said.

He added that the investigation, so far, shows no signs of injuries in connection with the struggle, no fractures to the skull or torso and no evidence of strangulation.

“At one point during the handcuffing, an officer did briefly — for a few seconds — have a knee across the back of Angelo’s shoulder blade,” said Brooks.

But civil rights attorney John Burris, who’s representing the family, calls it another case in which officers lack the proper training to deal with a mental health crisis.

“Nothing is more horrifying to me that a mentally impaired person when’s a family calls for help and the help they get, the person winds up dead. That should not be the case here,” said Burris.

In the 911 recording, Quinto’s sister, Cassandra Collins is heard saying, “My brother is being aggressive.”

That 911 call was made just two days before Christmas after eleven at night.

You can hear the terror in Cassandra Collins’ voice, notes CBS San Francisco.

She adds during the call, “My mom can’t breathe. Stop it, stop it.”

Police arrived within minutes and heled restrain Quinto. But family members want some answers to what happened next.

“In my view, there is no question or challenge to the right of them being at the house when they did but the question is, what did they do?” said Burris.

A video recorded by Quinto-Collins shows her son listless, with a bloodied face and his hands cuffed behind his back. She said she began recording after seeing her son’s eyes were rolled up in his head.

The family filed a legal claim against the Antioch Police Department earlier in February, which gave the department 45 days to respond. After that time has elapsed, the family will file a federal lawsuit, said Burris.

“I refer to it as the George Floyd technique. That’s what snuffed the life out of him and that cannot be a lawful technique,” Burris said. “We see not only violations of his civil rights but also violations against the rights of his mother and sister’s, who saw what happened to him.”