A week really is a long time in politics. Tim Smith’s career spun out of control just like his Jaguar.

Now Jess Wilson is the front runner to be the Liberal Party candidate in the seat of Kew. An adviser to Josh Frydenberg, she also has close ties with the far-right Institute of Public Affairs who backed her rise to president of the Victorian Young Liberals in 2015. In other words, she is the ultimate insider. 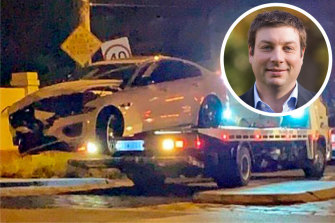 In just a week, Tim Smith’s career spun out of control, just like his Jaguar.

Ms Wilson may well become a fine hardworking member of Parliament. But her background is sadly emblematic of modern politics.

We now have professional politicians who have worked all their lives in politics – and only in politics. Typically, they start at university, then it’s on to those vague job descriptions, “political staffer” and “ministerial adviser” or else into the party bureaucracy. The ALP has ex-union reps. The Liberals have flunkeys from conservative think tanks.

It’s a well-worn path and along the way they learn how to strategise factional loyalties, discover the art of the spin doctor and keep their eyes on the ultimate prize – preselection.

Despite their political differences, three of our last five Prime Ministers (Rudd, Gillard, Abbott) are all the same bland cookies made from this same cutter (same goes for Dan Andrews and Matthew Guy).

Is it any wonder that in response we become either angry and contemptuous or hopelessly uninterested in politics?

Because we instinctively know what’s missing; any ideas to solve the great problems of our society. And the passion to articulate why those ideas might work.

Even when an “outsider” enters politics with high ideals they soon enough start to sound and think like a smooth-talking automaton, programmed to win elections and not create a better society. Think Peter Garrett or Malcolm Turnbull. 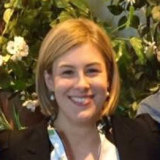 Jess Wilson is emerging as the favourite to replace Tim Smith in Kew.Credit:Victorian Young Liberals/Twitter

Incredibly, the one politician who has broken the mould is Pauline Hanson. Her racism and insular thinking are completely out of touch with modern Australia but her (narrow) appeal is founded on her rise from a suburban fish and chip shop to the Senate.

The media have their part to play in this with their infatuation with the optics of politics and not the effect of policy. Too many questions seek an embarrassing “gotcha” moment. And every few weeks, we play a sort of pantomime of democracy with our focus on opinion polls.

The lifeless professionalism of politics sees the people who make our laws cut off from us, the people who have to live by them. We are detached and dispirited observers of the steady mechanical turning of the wheels of power.

So, what’s the answer? Cynicism will get us nowhere. Perhaps we need term limits. Perhaps we need more power in the hands of minor parties. But we definitely need more creative thinkers and fewer colourless careerists in politics.

broaden, needs, Politics, rank, to
You may also like: