Prince Harry and Meghan, Duchess of Sussex’s story is truly incredible. Meghan, a California girl who worked hard at a series of acting jobs before landing a career-changing role in the series Suits, first started dating Harry, one of the most beloved members of the British royal family, in 2016. From the beginning, fans around the world were captivated, and these days, with the couple living a whole new life in California, many fans are looking to the beginning, chronicling the story of their romance and how the fairy tale unfolded.

How did Meghan and Harry meet?

It all began in 2016 when Harry and Meghan were introduced on a blind date that was set up by a mutual friend. According to Town & Country, some fans have speculated that the friend was Violet von Westenholz, while others believe that it was Meghan’s friend, fashion designer Misha Nonoo.

Regardless, things sparked between Meghan and the royal, and the two started dating. Meghan would later reveal that some of her close friends warned her against beginning a relationship with Prince Harry, fearing the negative publicity.

By late 2016, the press had gotten wind of the royal romance and publications began writing about Meghan. In the whirlwind of tabloid gossip and speculation, Meghan began meeting members of Harry’s family. Sources would later claim that she never really had a chance to bond with Prince William or Catherine, Duchess of Cambridge though she would later admit to having a good relationship with Queen Elizabeth.

Harry and Meghan: a royal engagement

In November 2017, after a little more than a year of dating, Harry and Meghan revealed they were engaged. They stepped out for photographers for a celebratory photoshoot and even did a traditional engagement interview, where Meghan admitted that Harry popped the question during a romantic dinner at home. Fans everywhere were excited about the couple, and publications went into overdrive speculating about the upcoming royal wedding.

Harry and Meghan’s wedding took place on May 19, 2018. Millions of people all around the world tuned in to watch the historic occasion. Meghan and Harry broke several royal traditions with their wedding, including having Prince Charles walk Meghan down the aisle, rather than her own father. Meghan would later claim that she and Harry tied the knot in a secret ceremony three days prior to their televised wedding, one that was conducted by the Archbishop of Canterbury.

On October 15, 2018, just six months after their wedding, Harry and Meghan announced they were expecting a baby. Meghan, showing no signs of slowing down her royal duties, was pictured rocking a variety of stylish maternity looks over the months that followed—and although the mom-to-be was slammed by the tabloid press for touching her baby bump too much, nothing could dampen her happiness.

In May 2019, Archie Harrison was born. The new parents proved determined to protect their son’s privacy, allowing very few photos of the baby to surface and keeping his christening a private affair.

The royal couple steps back

After months of speculation that Harry and Meghan were unhappy with the state of their lives within the royal circle, the couple announced in January 2020 that they were stepping back from their duties as senior royals.

In a statement shared to their Instagram account, Meghan and Harry detailed: “We intend to step back as ‘senior’ members of the Royal Family and work to become financially independent, while continuing to fully support Her Majesty The Queen. It is with your encouragement, particularly over the last few years, that we feel prepared to make this adjustment.”

The couple also shared that they planned to divide their time between the U.S. and the United Kingdom, working on a variety of new businesses while raising their son. 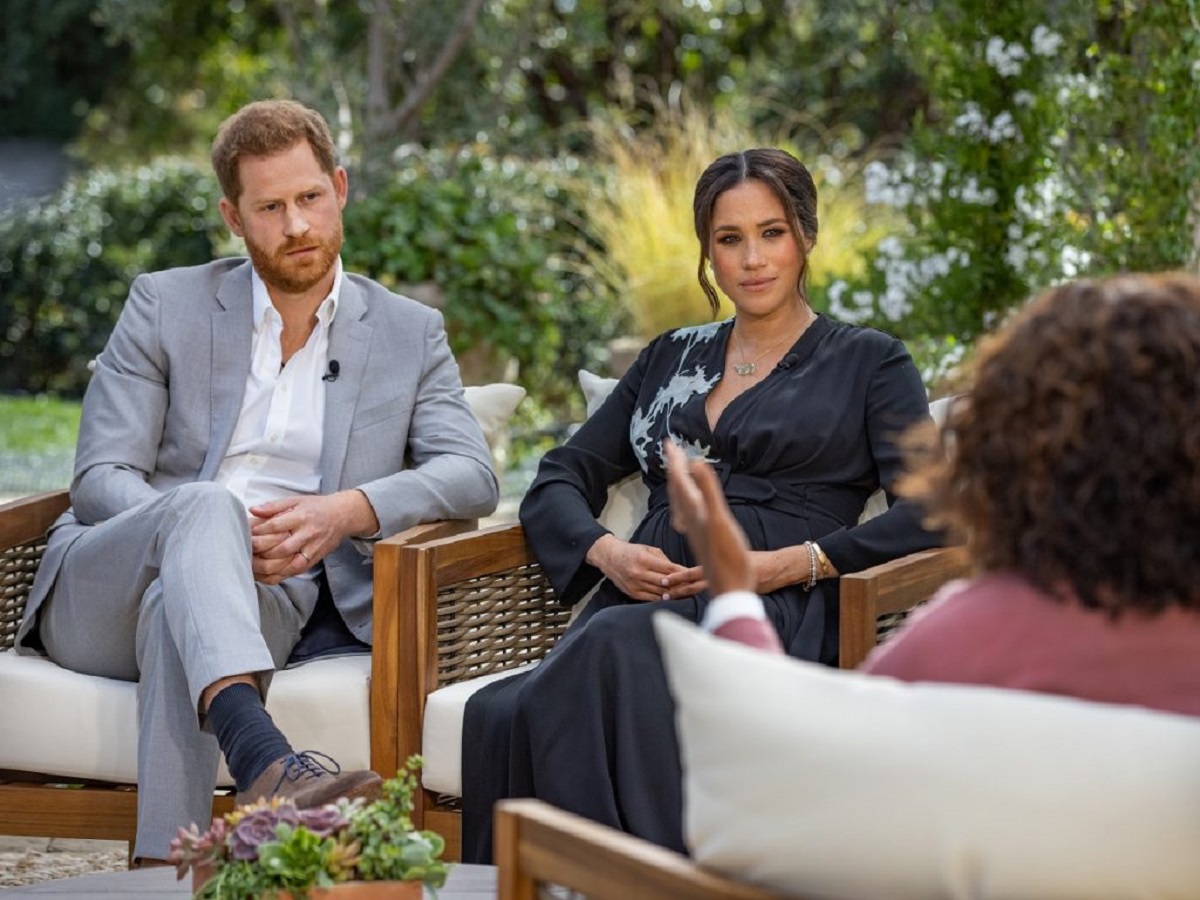 Meghan and Harry expand their family

The coronavirus (COVID-19) pandemic that swept the world in 2020 meant that Harry and Meghan were forced to lie low for a while, rarely sharing family updates with their fans. However, in February 2021, the family announced that they were expecting a second child.

Only one month later, Meghan and Harry sat down with Oprah Winfrey for a bombshell interview, where they detailed their time within the royal circle. Meghan, in particular, made headlines when she stated that she was suicidal for a while, and had a distinct lack of support from members of the royal family.

In June, the storm clouds faded away when the couple’s second child, Lilibet Diana was born.

Over the past few months, Meghan and Harry have stepped back into the spotlight, working on projects with Netflix and Spotify. The two seem to have left their lives as royals behind them entirely, preferring to focus on raising their children and working on their own business ventures. One thing is for sure: Fans will be watching the couple closely as the newest chapter of their life continues to unfold.