Royal fans have gone wild over how much Prince Louis looks like his grandfather Michael Middleton in his new birthday photograph.

The Duke and Duchess of Cambridge released a photo of their youngest son to celebrate his third birthday today.

In the photo, Prince Louis is seen beaming for the camera as he perches on his red training bike before his first day at nursery earlier this week.

Social media users were struck by how much the three-year-old looks like his grandfather Michael, 71. 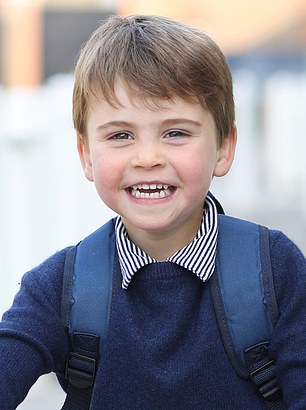 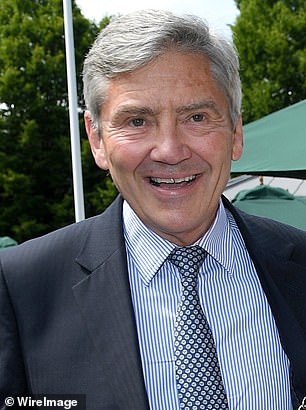 Royal watchers often comment that Louis takes after Kate, 39, and her side of the family

Royal watchers often comment that Louis takes after Kate, 39, and her side of the family.

One posted: ‘I believe as much as George and Charlotte resemble William and HM [Her Majesty, the Queen], Louis is the twin to Catherine’s dad. All three are adorable!’

Another wrote: ‘I think he resembles Kate’s father! He’s definitely a Middleton!’

A third added simply: ‘He looks like Michael Middleton!’

The photo was taken by Kate Middleton at Kensington Palace on Wednesday, shortly before Prince Louis left for his first day at the Willcocks Nursery School. 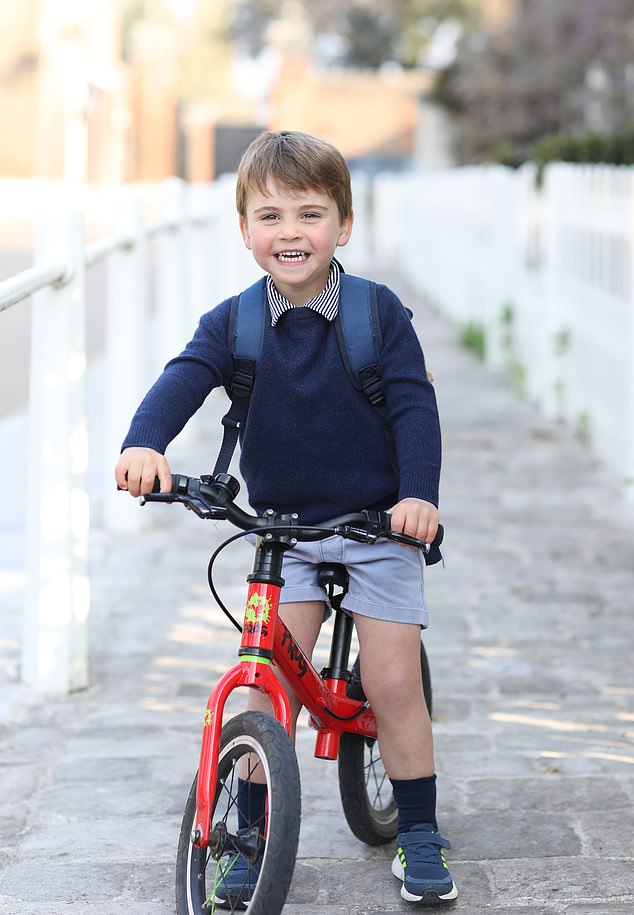 The photo, pictured, was taken by Kate Middleton at Kensington Palace on Wednesday, shortly before Prince Louis left for his first day at the Willcocks Nursery School

In an official tweet, the Duke and Duchess of Cambridge revealed the photo of Prince Louis had been taken earlier this week

The young prince’s £30 Adidas Kids Duramo trainers look scuffed at the toes, like those of any active three-year-old.

The chubby-faced toddler of previous birthday portraits is growing up fast, just like his brother, Prince George, seven, and sister, Princess Charlotte, who will turn six next month.

The confident young royal showed off his cycle skills on a trendy Frog balance bike. The red Tadpole Plus model, costing £200, has no pedals or chain.

The Willcocks Nursery School – whose ethos is ‘high standards, excellence and good manners’ – is rated outstanding by Ofsted.

Louis is following in the footsteps of Princess Charlotte, who attended Willcocks, in Kensington, before she started at school. 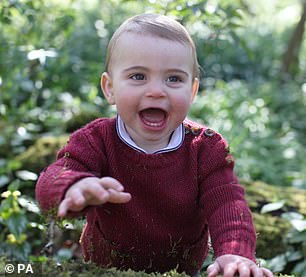 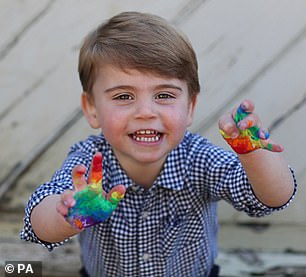 Prince Louis (pictured left at the age of one and right at the age of two) will follow in the footsteps of Princess Charlotte, who attended Willcocks, in Kensington

Children can attend the morning session, which costs £10,200 a year, and/or the afternoon session, costing £6,750 a year.

There is also a two-hour ‘lunch club’ joining the two sessions, which would cost £5,550 a year if every day was needed. The total for a child attending all the sessions would be £22,500 a year.

Kensington Palace has not revealed the hours when Louis will be attending, but previously the Duke and Duchess of Cambridge have started off their children on morning or afternoon sessions, building up over time to longer days.

Prince George and Princess Charlotte in their third birthday photos. Charlotte’s photograph shows the Princess on her first day of nursery too