With the COP26 summit less than a week away, we’ve answered some of your burning questions. The two-week Glasgow summit could be the last chance the world has of reaching a collective response to global warming and halting the catastrophic effects of climate change.

There’s a lot on the table at the Glasgow climate summit, and we’ll be working through reader questions throughout the two weeks. If you’ve got something you’d like clarified, leave it below:

What happens if Australia doesn’t meet its 2030 target?

Australia is unlikely to miss its current 2030 target. Prime Minister Scott Morrison announced on Tuesday the federal government’s plan to achieve net zero greenhouse gas emissions by 2050 and said the country is on track to achieve a cut of up to 35 per cent by 2030.

The government’s policy is a cut of 26 to 28 per cent on 2005 levels by 2030, a target which was set by former prime minister Tony Abbott in 2015 in Paris. This is a reasonably low target and actions by state governments such as renewable energy rollouts are likely to see it achieved.

“We believe we will be able to achieve a 35 per cent reduction in emissions by 2030: that is something we actually think we are going to achieve,” Mr Morrison said on Tuesday.

However, there will still be pressure on Australia at the COP26 summit in Glasgow to do better than that. US President Joe Biden’s officials have let it be known since the President’s virtual summit in April that America expects Australia to do better on 2030 targets, even as House Speaker Nancy Pelosi celebrated our achievements.

And while British Prime Minister Boris Johnson celebrated Australia’s “heroic effort” to commit to a 2050 target of net zero, COP26 president Alok Sharma told Europe Correspondent Bevan Shields that Britain wants Australia to aim for 45 to 50 per cent emissions reductions by 2030. “Australia is a major world economy,” Sharma said. “And if you compare to where other major world economies are, I hope that we could get to 45 to 50 per cent from Australia.” 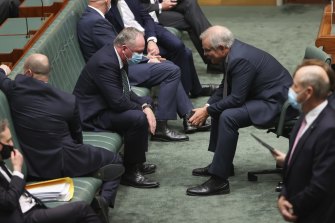 What have farmers around the world done to offset emissions and has it made any difference?

Agriculture is a major source of greenhouse gas emissions – in Australia it accounts for about 13 per cent. Australian farmers are using a range of sustainable land management techniques which encourage soil carbon sequestration as well as vegetation growth on their land, which also captures carbon. But farmers have delivered, indirectly, the vast majority of Australia’s emissions reductions to date due to state government bans on land clearing in NSW and Queensland since the mid-2000s.

So-called avoided deforestation, which means more vegetation remained in place than would otherwise have been the case, has contributed about 90 per cent of the emissions reduction Australia has achieved since the baseline year for measurement in 2005.

But government schemes to encourage greater emissions reduction in agriculture are under way, including the possibility of incentives for private investment for landowners who plant more native vegetation and use farming techniques to boost soil health and sequester more carbon.

The farm sector supports these moves. The National Farmers’ Federation has set a target for net zero emissions by 2050, while the cropping and red meat sector are pursuing a target of net zero greenhouse emissions by 2030.

The stability of food supply is projected to decrease around the world as the climate warms and extreme weather events become more common, according to a report by the Intergovernmental Panel on Climate Change in 2019. 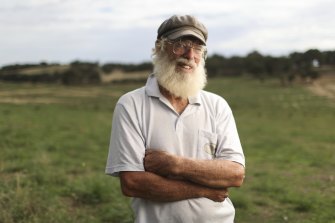 How does the carbon offset credit market work?

Carbon offset schemes allow individuals and companies to invest in environmental projects around the world — such as solar electricity projects or reforestation — to balance out their emissions. Supporters of a carbon offset credit market argue it has the potential to play a major role in smoothing the economic transition towards a low emissions economy, while striving to keep global warming under 1.5 degrees. But critics say they allow emitters to continue to mask a lack of global effort to reduce greenhouse gases without taking meaningful action.

Carbon offsets can be voluntary, such as paying extra when buying a plane ticket to help fund the airline’s commitments to reforestation projects or green energy finance. Or they can be compliance credits, the type used to meet legally binding caps on carbon emissions – such as the emissions trading scheme enforced in the European Union. For example, Norway has paid nations such as Brazil and South Africa to switch to cleaner industrial fuels as a way of keeping its own net zero commitments.

Are there standard measures across all countries that determine if movement towards the target is being achieved?

Countries submit Nationally Determined Contributions, known as NDCs, to the United Nations every five years. These contributions are national climate plans which highlight a country’s climate action, including climate-related targets, policies and measures that a government aims to implement as their contribution to global climate action. Under the Paris Agreement of 2015, these targets are supposed to increase over time but are not binding. Commitments differ greatly across nations, making it difficult to compare countries’ progress. For example, Argentina’s most recent NDC says it will not exceed 359 metric tonnes of carbon dioxide by 2030, while Canada says it will keep its emissions 40 to 45 per cent below 2005 levels by 2030.

How will Australia look in 2050 and beyond if we don’t achieve net zero?

The CSIRO and Bureau of Meteorology project longer fire seasons, more heavy rainfall in parts of the country, rising sea levels and more droughts. We will live in much hotter, fire and drought-prone, dryer conditions, and this will put increasing pressure on every aspect of our societies: from housing to transport, agriculture to healthcare. And the extent of that temperature increase will be governed by the amount of carbon emitted globally.

While guessing exactly what our environment will look like in the future is tricky, the CSIRO estimates that by 2030 eastern Australia’s temperatures could be 0.5 to 1.4 degrees above those in 1986 and 2005, while in southern parts of the country, including Victoria and Tasmania, the temperatures could increase by 0.5 to 1.2 degrees above those in 1986 and 2005.

“Australians need to be very conscious of the impacts of that change in the financial markets because Australia heavily relies upon foreign investors,” Mr Frydenberg told the National Press Club earlier in October.

Reserve Bank deputy governor Guy Debelle echoed the Treasurer’s concern in a speech to financial advisers, noting that global investors would withdraw backing from emissions-heavy industries such as thermal coal, an export market currently worth around $21 billion a year.

What mechanisms will come out of COP26 to monitor and enforce actions to meet targets?

So far, countries have been asked to come to the summit with ambitious 2030 emissions reductions targets that align with reaching net zero by the middle of the century. To do so, COP26 has said countries will need to accelerate the phase-out of coal, curtail deforestation, speed up the switch to electric vehicles and encourage investment in renewables. However, details on these mechanisms are yet to be announced.

Will the EU be able to effectively introduce tariffs on non-performing countries?

The EU is considering introducing a tariff that would aim to equalise the price of carbon between domestic products and imports and reduce the risk of “carbon leakage”.

This term refers to when the cost of production is transferred from one country to another that has more lax emission constraints. The Carbon Border Adjustment Mechanism would impose emissions tariffs on exports from countries that do not have a carbon price.

Get daily updates on the climate summit that will shape our future. Sign up to our COP26 newsletter here.