Follow
Home » Lifestyle » Prosecco is protected in Italy, but for Otto it’s a true-blue Australian bubbly

Prosecco is protected in Italy, but for Otto it’s a true-blue Australian bubbly

Prosecco is a name Otto Dal Zotto has used for more than two decades, after planting Australia’s first prosecco vines in 1999. It’s a name he wants the federal government to fight for.

“Prosecco is very close to my heart, I grew up with it,” he said. 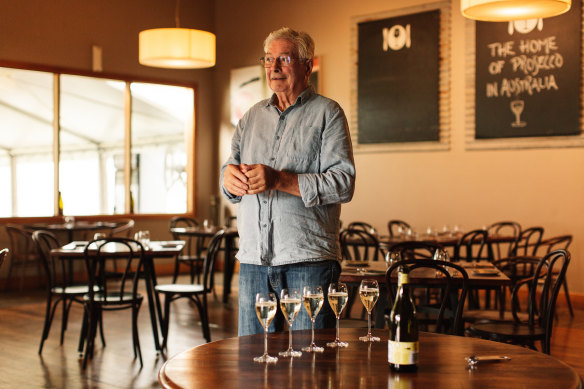 Otto Dal Zotto had his first taste of prosecco as a child, and introduced the grape to Australia.

“I was born and grew up in the DOCG region and I can’t see why they’ve got to take it away from me,” Dal Zotto said.

The name prosecco is one of hundreds of foods and wines the European Union wants safeguarded from use by Australian producers under a free trade agreement that is in the final months of negotiations.

On Saturday, Assistant Trade Minister Tim Ayres will meet the Italian government to argue that some names are important to Australian growers because of their own cultural heritage.

Ayres stressed he was not negotiating on behalf of the government and the free trade agreement, but rather explaining Australia’s multicultural heritage.

“Many of these grape varieties and dairy products and other [geographic indicator] products have been established in Australia by people of European background who have come here and brought their production systems and their knowledge with them,” he said.

“Whether it’s prosecco or parmigiano or feta, or any of these other products, they came here, not because Australians have gone to Europe and taken these products, but because Europeans have come to Australia and formed businesses and families and been part of the Australian story.”

In 2009 Italy changed the name of the prosecco grape variety to glera and expanded the prosecco region to include a town of the same name.

Through the free trade negotiations, Australia has petitioned for the local industry to keep using the name of the sparkling Italian wine variety.

When the free trade deal is finalised, it will be Australia’s most significant. Australia is hoping for greater access to the $23 trillion European market for goods including beef, lamb, rice and sugar, while the bloc wants the luxury car tax to be scrapped and better protection for regional specialities.

Those regional speciality protections, known as geographic indicators, are a key part of the final rounds of negotiations, with a deal expected by the middle of the year. 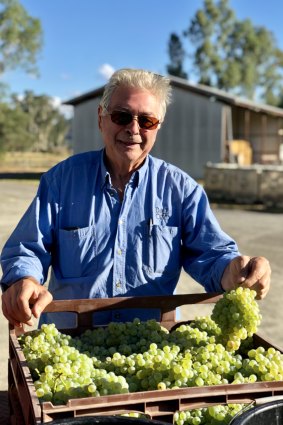 Dal Zotto wants the government to push to keep the name prosecco.

Dal Zotto had his first sip of the sparkling wine at age four and there was always a bottle of prosecco on the table at home. The decision to bring it to Australia was borne out of the fact he missed having a nice glass of it.

And in repeat visits back to Valdobbiadene with some of his own wine, he said local producers have had no problem at all with what he was doing – except when he ordered coffee instead of a prosecco.

“When I started growing prosecco I never had in my mind that I wanted to do anything wrong, or do anything to annoy anybody,” he said. “There is room to grow good prosecco for everybody.”