GNO! Katie Maloney is finding ways to move on from ex Tom Schwartz amid their divorce — including getting a steamy lap dance while out on the town with gal pals Lala Kent and Kristina Kelly.

Kent, 31, posted a video of Maloney, 35, sharing a steamy moment with a stranger via her Instagram Story on Friday, August 5. In the clip, the “You’re Gonna Love Me” podcast host can be seen sitting in a chair as a man dances around her to Ginuwine’s hit song “Pony.”

Maloney, for her part, rubs her hands against the gentleman’s stomach before he pulls off his jean jacket and grey tank top. Kent, meanwhile, can be heard cheering her friend on from behind the camera, yelling, “He’s hot!” 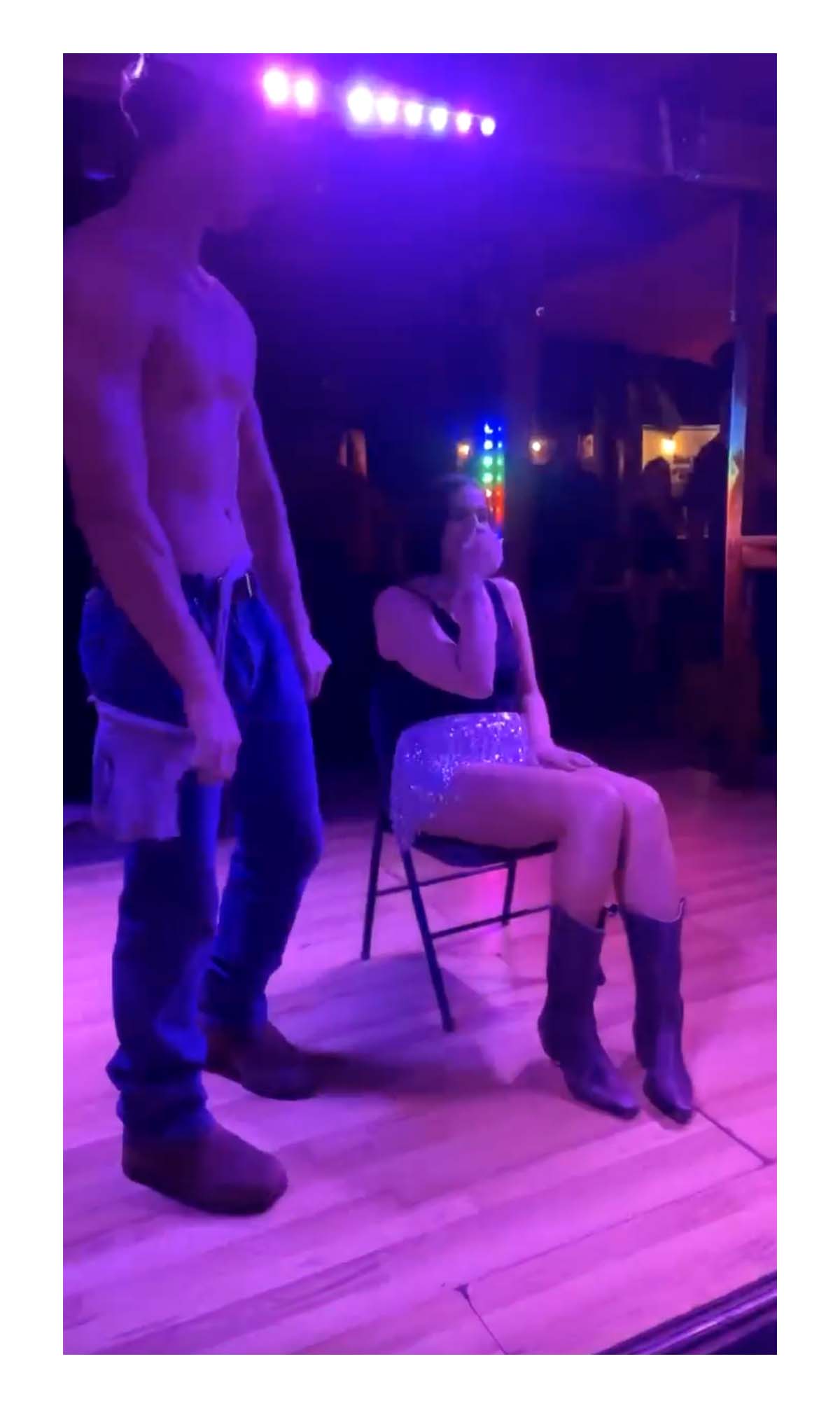 The sexy night out comes just a few days after Maloney was seen arguing with Schwartz, 39, alone at a booth at his bar Schwartz and Sandy’s in a video obtained by TMZ. In the footage, the Ohio native looks less than thrilled after the TomTom co-owner reportedly flirted with another woman during an outing with friends Their fight was filmed by several cameras for the upcoming season of Vanderpump Rules.

In March, the couple — who tied the knot in 2019 — announced that they were calling it quits after over a decade together.

Schwartz, however, recently told Us Weekly exclusively that he was still apprehensive about dating following their split.

“Hell no! the Minnesota native told Us in July. “I’ve been thinking about this a lot, by the way. The prospect of dating sounds daunting to me and I am dreading going on my first date. I refuse to do it.”

‘Pump Rules’ Teases All the Different Dynamics on Season 10

At the time, the businessman added that he’s currently focused on being the best version of himself before anything else. “I’m sort of just relearning how to be myself. Not that I was ever co-dependent. I think that’s happening for some other cast members too. Reliving how to exist in the world as a single person, [is] strange. I feel dirty saying that,” he explained.

Maloney, meanwhile, has been open about her desire to dip her toes into the dating world.  “[I would like to] have fun and get out there and flirt and maybe kiss some boys,” she shared with Us in July. “I can’t get in a relationship right now. First of all, I’m not even divorced yet.”

‘Vanderpump Rules’ Season 10: Everything to Know So Far

The Ohio native revealed that she’s mostly interested in finding someone casual who would want to “make out and have fun” but isn’t looking for commitment. “Someone that’s not trying to get too serious. A lot of [guys] are really young and that’s kind of fun too. I’m kind of in a cougar era. Being 36, I can date the young one and the young one’s dad. So I kind of love that for me,” she joked.