Follow
Home » Lifestyle » Put the mouse back in the house: Gunther might be gone, but his one-liners live on forever

Earlier this year, the Friends cast reunited at the Warner Bros. studio to film Friends: The Reunion. Sitting on the most famous couch in TV history, the six friends reminisced their way through the special, ooh-ing and ahh-ing at all the right times.

It was a nostalgic albeit highly polished affair featuring a revolving door of former guest stars and famous fans. But perhaps the most moving moment came when James Michael Tyler, best known for playing Gunther, the show’s snarky barista, joined the cast. 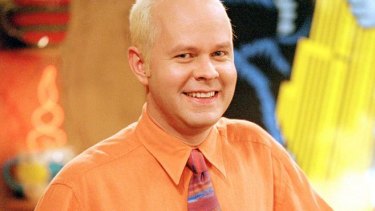 The US actor James Michael Tyler, who most famously starred as Gunther in Friends, has died aged 59.

Appearing via Zoom, it was clear that Tyler was unwell. In 2018, he was diagnosed with advanced prostate cancer, which later spread to his bones.

“It was the most memorable ten years of my life, honestly,” the actor said during the special.

”I could not have imagined just a better experience. All these guys were fantastic and just a joy to work with. It felt very, very special.“

Following Friends: The Reunion, Tyler appeared on The Today Show in June to discuss his prognosis.

“I was diagnosed with advanced prostate cancer, which had spread to my bones,” Tyler said . “I’ve been dealing with that diagnosis for almost the past three years. It’s stage 4 (now). Late-stage cancer. So eventually, you know, it’s gonna probably get me.”

The actor passed away at his home in Los Angeles on Sunday morning aged 59. The news was met with tributes from those within the industry, including Friends co-star, Jennifer Aniston.

An integral part of the Friends phenomenon, Tyler made the most appearances outside the six leads, starring in 185 episodes across all 10 seasons of the show, including the finale.

He was the beating heart of the sitcom’s coffeeshop-cum-meeting-spot, Central Perk, doling out bitter coffees and comments in equal measure. Best remembered for his unrequited crush on Rachel Green (Aniston) and withering one-liners, Gunther’s first line of dialogue didn’t arrive until the 33rd episode, and even then, he only had a single word to say. “Yeah.”

But that word led to another, and then another, with Tyler quickly transforming Gunther into a fan-favourite.

For a show so singularly dedicated to six main actors, it’s a testament to Tyler’s on-screen ability that Gunther carved out his own rhythm and voice. 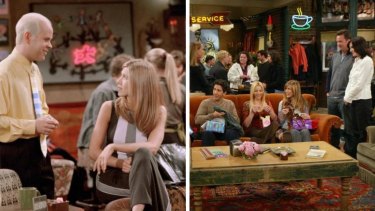 Known as the ‘Seventh Friend’ Tyler (far left) made the most appearances outside of the six core leads, starring in 185 episodes across all ten seasons of the show, including the finale.

His under-the-breath quips remain a part of Friends folklore, and as tributes flow, it seems only fitting to relive Gunther’s most memorable lines.

You could always rely on Gunther to say what everyone else was thinking, and in The One Where Monica and Richard Are Friends, he stepped up to the plate.

Gunther was at his very best when scolding Rachel’s long line of suitors and while his most acerbic lines were reserved for Ross, there were plenty of others who felt his sting.

In The One with All the Wedding Dresses, Rachel feels out of sorts as Ross prepares to marry Emily (Helen Baxendale). On a whim, she proposes to her on-again-off-again boyfriend Joshua (Tate Donovan), who promptly turns her down.

Usually a master of the inner monologue, Gunther cracks, screaming “You idiot!” in Joshua’s face, much to Rachel’s surprise and delight.

Few sitcoms understood the power of cute pets as well as Friends did. The show was never short on scene-stealing animals from the Chick and Duck duo to Marcel the Monkey.

But not all pets are created equal and in The One With The Ball, Rachel spends $1000 on a hideous sphinx cat because it reminds her of her late grandmother. Upon arriving home, it becomes clear that Mrs Whiskerson is evil, lashing out at Rachel any chance she gets. 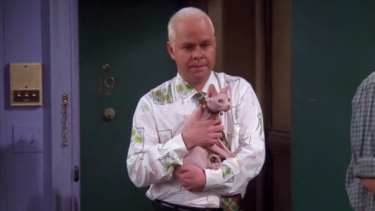 In The One With the Ball, Gunther buys Rachel’s cat simply to show how much he loves her.

Suffering serious pet regret, Rachel attempts to sell the cat but struggles to find a buyer. Eventually, Gunther steps in, hoping his ownership will translate to frequent visits from Rachel. Instead, he is just left as the reluctant new owner of a hairless, angry cat. “So, what is this? Some kind of snake or something?” Gunther asks Ross.

The magic of Gunther was being able to do so much with so little. In The One with Chandler in a Box, Joey heads to Central Perk looking for Chandler following an argument. Approaching Gunther in a panic, he asks if the barista has seen Chandler around. 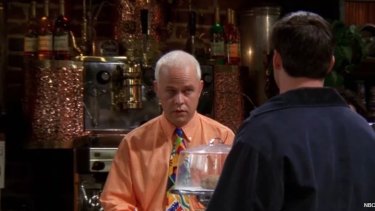 “I thought you were Chandler?” comes the perfectly timed reply, a snapshot of Gunther’s entire worldview. If your name’s not Rachel, he’s not interested.

Eventually, he points Joey in the direction of Chandler, delivering one final jab: “But, um, one of you is over there.”

After a decade of pining for Rachel from afar, it was only fair that Gunther finally got to speak his truth in the finale. It’s also fitting that Gunther bests his long-time rival Ross, who is also hoping to declare his love for Rachel.

“Rachel, I know that you’re leaving tonight, but I just have to tell you. I love you,” Gunther says. “Now, I don’t know if that changes your plans at all, but I thought you should know.”

Gunther may not get his happily-ever-after, but he does get a reply from Rachel, one that feels especially poignant following the death of James Michael Tyler.

“Gunther. Oh, I love you too. Probably not in the same way, but I do. And when I’m in a café, having coffee, or I see a man with hair brighter than the sun, I’ll think of you.”

back, hous, in, mouse, put, the
You may also like: