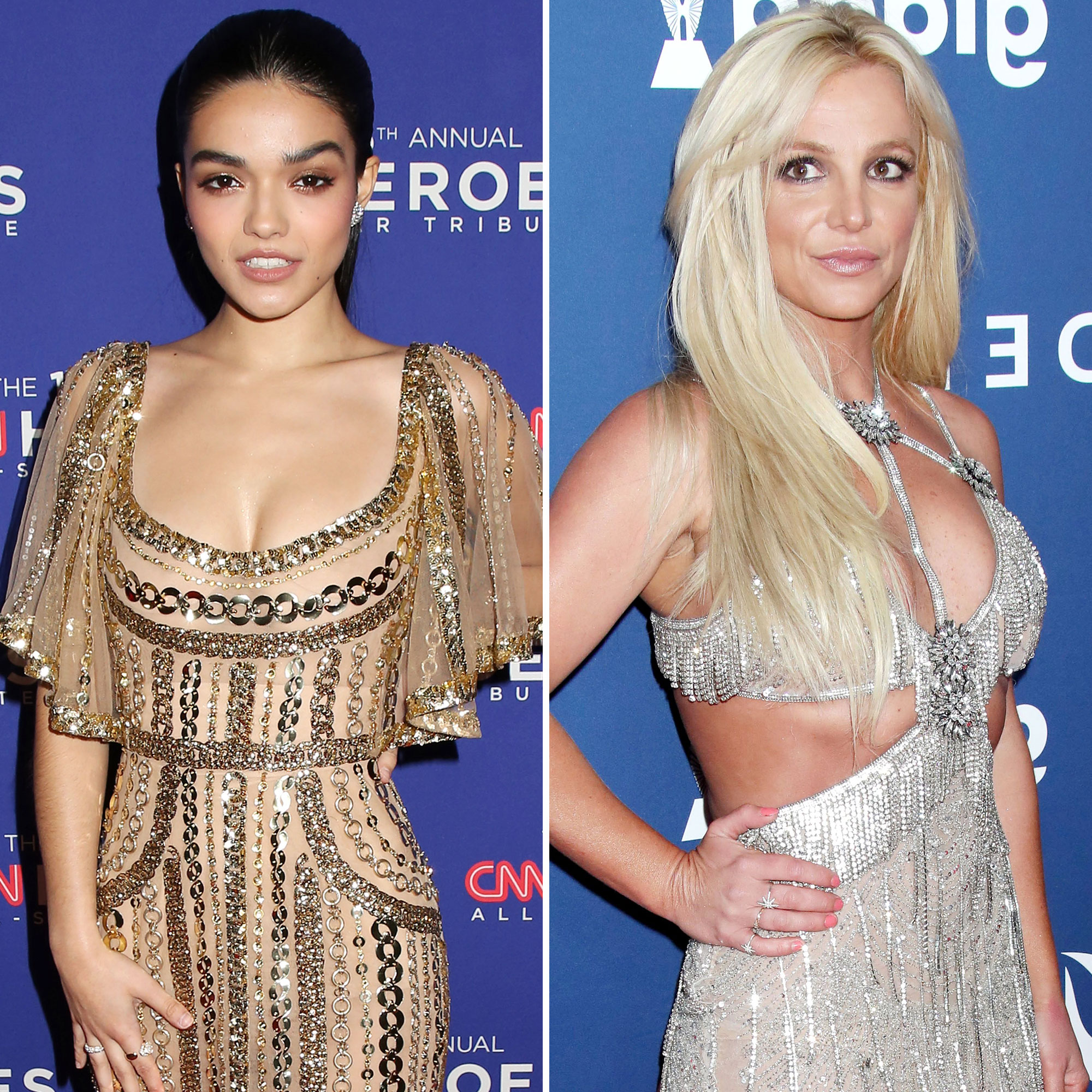 “Anyone who knows me knows how much I love Britney and am rooting for her always. While I meant no disrespect whatsoever, I should have thought about how this could be perceived, and I’m so sorry for upsetting or disappointing anyone,” Zegler, 20, wrote via Twitter on Monday, January 17. “This is not a situation to be taken lightly, and we should all be lifting Britney up in this pivotal time.”

The Golden Globe winner concluded her post by thanking everyone for “hearing her out” as well as offering “a big thank you to all who held me accountable.”

Zegler sparked controversy days prior for filming herself performing a dramatic reading of the Spears sisters’ social media interactions about their family’s up and downs. Her video has since been deleted.

Britney, 40, made headlines on Friday, January 14, after sharing a lengthy Twitter post refuting claims made by her younger sister, 30, about their relationship. “Jamie Lynn … congrats babe! You’ve stooped to a whole new level of LOW,” the pop star wrote. “I’ve never been around you ever with a knife or would I ever even think to do such!!!”

Britney’s post appeared to reference a passage from Jamie Lynn’s book, Things I Should Have Said, in which the Zoey 101 alum alleged that her older sister had once locked them both in a room with a knife on her hand.

“She was paranoid and erratic,” Jamie Lynn wrote in her memoir about the “Toxic” singer’s behavior after her 2006 split from Kevin Federline. “One time, she said to me, ‘Baby, I’m scared,’ and took a large knife from the kitchen, pulled me along to my room, and she locked us both inside. She put the knife in the bedside table drawer and simply repeated, ‘I’m scared.’ She needed me to sleep beside her.”

In response, Britney denied that the incident ever took place, writing [in her social media post that “the only knife I ever saw you with at home was cutting the biggest pieces of squash I ever saw in my life and it was way too big for me to cut.” The Grammy winner then asked her younger sister to “please please stop with these crazy lies for the Hollywood books.”

The siblings continued exchanging jabs in a long back and forth, with Jamie Lynn asserting in an Instagram statement that her memoir isn’t solely about her sister. “Brit, I am always here, you know behind the scenes I have always been here. … I know you’re going through a lot and I never want to diminish that, but I also can’t diminish myself,” she wrote via Instagram on Friday. “I hate to burst my sister’s bubble, but my book is not about her.”

Jamie Lynn explained that she “can’t help that I was born a Spears too, and that some of my experiences involve my sister.” She continued, “I’ve worked hard since before I was even a teenager, and I’ve built my career in spite of just being someone’s little sister.

Despite their heated feud, the former Nickelodeon star told Good Morning America that she still loves her sister. “I’ve only ever loved and supported her and done what’s right by her, and she knows that. So I don’t know why we’re in this position right now,” Jamie Lynn said on Wednesday, January 12. “I’ve always been my sister’s biggest supporter, so when she needed help, I set up ways to do so.”

Britney Spears Breaks Her Silence About Conservatorship During Court Hearing

In November 2021, Britney’s conservatorship was terminated after 13 years, removing control of her physical, financial and career decisions from her father, Jamie Spears, among others. During an emotional court hearing in June 2021, the “Slave 4 U” singer claimed that her family never stood up for her while she was under the conservatorship, causing some fans to accuse Jamie Lynn of being complicit.

“I think it’s extremely clear that since the day I was born I’ve only loved and adored and supported my sister,” Jamie Lynn wrote in response via her Instagram Story at the time. “Maybe I didn’t support her the way the public would like me to with a hashtag on a public platform, but I can assure you I’ve supported my sister long before there was a hashtag. And I’ll support her long after.”