The FBI is working with the National Park Service and Wyoming law enforcement in the search for Gabby Petito, the 22-year-old lifestyle blogger who recently disappeared on a lengthy road trip in a van with her fiancé, Brian Laundrie.

Petito was last seen at Grand Teton National Park, a vast expanse of land south of Yellowstone National Park where dramatic mountain peaks tower above evergreen valleys and clear glacial lakes. Members of her family say they last spoke with her Aug. 25 and have been pleading with the public for leads on her whereabouts.

In Florida, North Port Police are also working with federal agents to find Laundrie, 23, whose surprise disappearance Friday evening, after returning alone to his parents home Sept. 1, threw another twist into the bizarre case.

Laundrie is thought to be somewhere in the “vast Carlton Reserve,” police said on Twitter, referring to the nearly 25,000-acre park near Laundrie’s parents’ home in North Port. He is not charged with a crime, although police are calling him a “person of interest” in the case.

Josh Taylor, a spokesman for the North Port police, told reporters Saturday that about 50 police officers were searching through the wildlife preserve on foot and by car, with the help of dogs, through terrain that is wet and muddy. He said Laundrie’s life could be in danger, but he did not specify why or how.

When asked why they did not bring Laundrie in for questioning prior to his disappearance, Taylor cited his rights and the fact he has not been charged with a crime.

“Look, Brian wasn’t willing to talk. That was abundantly clear,” Taylor said Saturday, “so we were putting our resources into trying to find Gabby. We knew we would deal with Brian eventually, but this is certainly a twist.”

Petito’s parents reported her missing on Sept. 11 after not hearing from her for an unusual period of time. They later discovered that Laundrie had returned to Florida alone in the white Ford Transit van belonging to Petito. 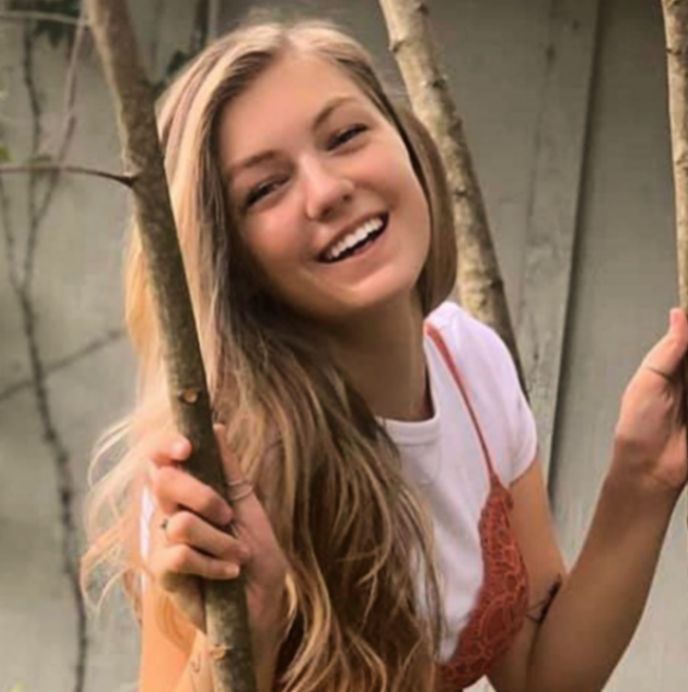 Laundrie and his parents have faced withering criticism for refusing to cooperate with police, speaking only through a lawyer until Friday night, when Brian’s parents told officers they last saw him on Sept. 14. He was previously thought to be holed up in the house, which had been mobbed with reporters and protesters all week.

The couple embarked on journey through the American West in early July, posting photos, videos and other updates to social media along the way.

On Aug. 12, police in Utah responded to a domestic disturbance call involving the young couple. Body camera footage shows a distraught and crying Petito explaining how she became frustrated with Laundrie while spending so much time in close quarters. Petito said that her fiancé did not support her dream to run a successful lifestyle blog; Laundrie exhibited scratch marks on his face. Police declined to file any charges.

It is not known whether Gabby Petito is alive or dead.

After Brian’s disappearance, the Petito family released a statement Friday: “All of Gabby’s family want the world to know that Brian is not missing, he is hiding. Gabby is missing.”

The FBI is encouraging any members of the public with information on Petito’s disappearance to contact them.

b, gabby petito, Missing persons
You may also like: