Follow
Home » Lifestyle » ‘Rattled me to the core’: Australian photographer Andrew Quilty on life under the Taliban

‘Rattled me to the core’: Australian photographer Andrew Quilty on life under the Taliban

The images of the Taliban’s takeover of Afghanistan remain fresh: the desperate crowds outside the fence at Kabul airport, men running beside a moving plane on the tarmac, the carnage of the suicide bombings. 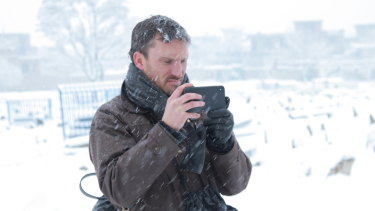 “It was definitely a couple of weeks that rattled me to the core,” Andrew Quilty, the acclaimed Australian photographer and journalist, says. “You saw the images of what was happening at the airport. Even as a journalist, I hated going there to cover it.”

Quilty, whose work in Afghanistan won him the Gold Walkley award in 2016, is heading back to Australia after eight years to write a book about that chaotic time in August, titled The Fall Of Kabul: The Last Days of America in Afghanistan.

But he has another appointment: a screening in Sydney of a film that he appears in, shot in Kabul by Iranian-Australian director Granaz Moussavi (My Tehran For Sale).

Quilty plays an Australian photojournalist who helps an endearing Afghan boy in When Pomegranates Howl. It screens at the Sydney Film Festival that opens with the drama Here Out West on Wednesday.

It’s a small but pivotal role in an evocative drama that Moussavi shot guerilla-style after 18 months of building connections and making friends in the Afghan capital. While set well before the change of regime, Quilty believes it remains relevant.

“It portrays one of the kind of incidents that led to where we are now,” he says. “The killing of innocent civilians on the edge of the war to a large extent pushed people towards the Taliban. Or if it didn’t push them towards the Taliban, it certainly pushed them away from the government.”

Quilty says the Taliban takeover was shockingly quick – even to themselves – largely because of the lack of morale due to the failings of “of an extremely corrupt government” and its institutions.

“Once the Americans had left and the layer of military protection that they had for so long disappeared and the Taliban started turning the screws, a lot of these soldiers just thought ‘what are we fighting for, why would I bother fighting to the death for this government? I’ll hand in my weapons’.”

While his experience of the Taliban regime has been affected by being a male foreign journalist, Quilty says there are two sides to what has been taking place. The much-feared enemy of the international military effort has seemed “friendly, courteous, respectful, curious and, as most Afghans are, quite hospitable”.

But this has been a facade. 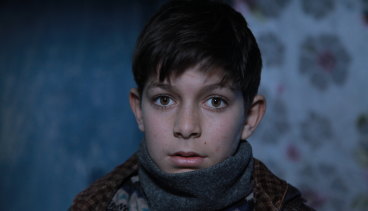 “What lies behind is a pretty seriously dictatorial, extremely conservative regime,” Quilty, who will return to Afghanistan after he has written his book, says. “Life has become pretty miserable for women certainly.”

The collapse of the economy has also made life extremely different for all Afghans.

While many of those who worked for the Australian military and other westerners were unable to leave the country, Quilty says it is difficult to say how they are faring.

Detailing the rhythms, rituals and risks of life in Kabul: When Pomegranates Howl.Credit:Parvin Productions

“It’s not like they’re doing public executions,” he says. “They’re being quite discreet about reprisals and it doesn’t appear to be a Taliban policy that they’re going around searching for these people.

“But there seems little doubt that they’re doing it on an individual basis and maybe there’s some score settling going on which is being enabled by the change of regime. A lot of it is probably happening in the name of the Taliban whereas it may just be more personal rivalries that have a chance to be settled now that the balance of power has shifted.”

• It runs from November 3-14.
• Screenings are at the State Theatre, Event Cinemas George St and seven other venues.
• An online program screens from November 12 to 21.
• Key films include Western Sydney drama Here Out West on opening night, Jane Campion’s The Power of the Dog, Cannes winner Titane, Sundance winner Hive, Leah Purcell’s The Drover’s Wife The Legend of Molly Johnson and Wes Anderson’s The French Dispatch.
• Bookings at sff.org.au or 1300 733 733.

Aust, core, Me, rattled, the, to
You may also like: