The Rodgers’ next generation! Fresh off their European honeymoon, JoJo Fletcher and Jordan Rodgers have returned home to meet the latest addition to their family: Luke Rodgers’ newborn son.

“First stop back in the US! Jack Jordan, you are such a blessing,” the former Bachelorette, 31, gushed via her Instagram Story on Saturday, July 2, sharing footage of her husband, Jordan, holding the infant for the first time. “Uncle Jordan & Auntie JoJo love you so much!” 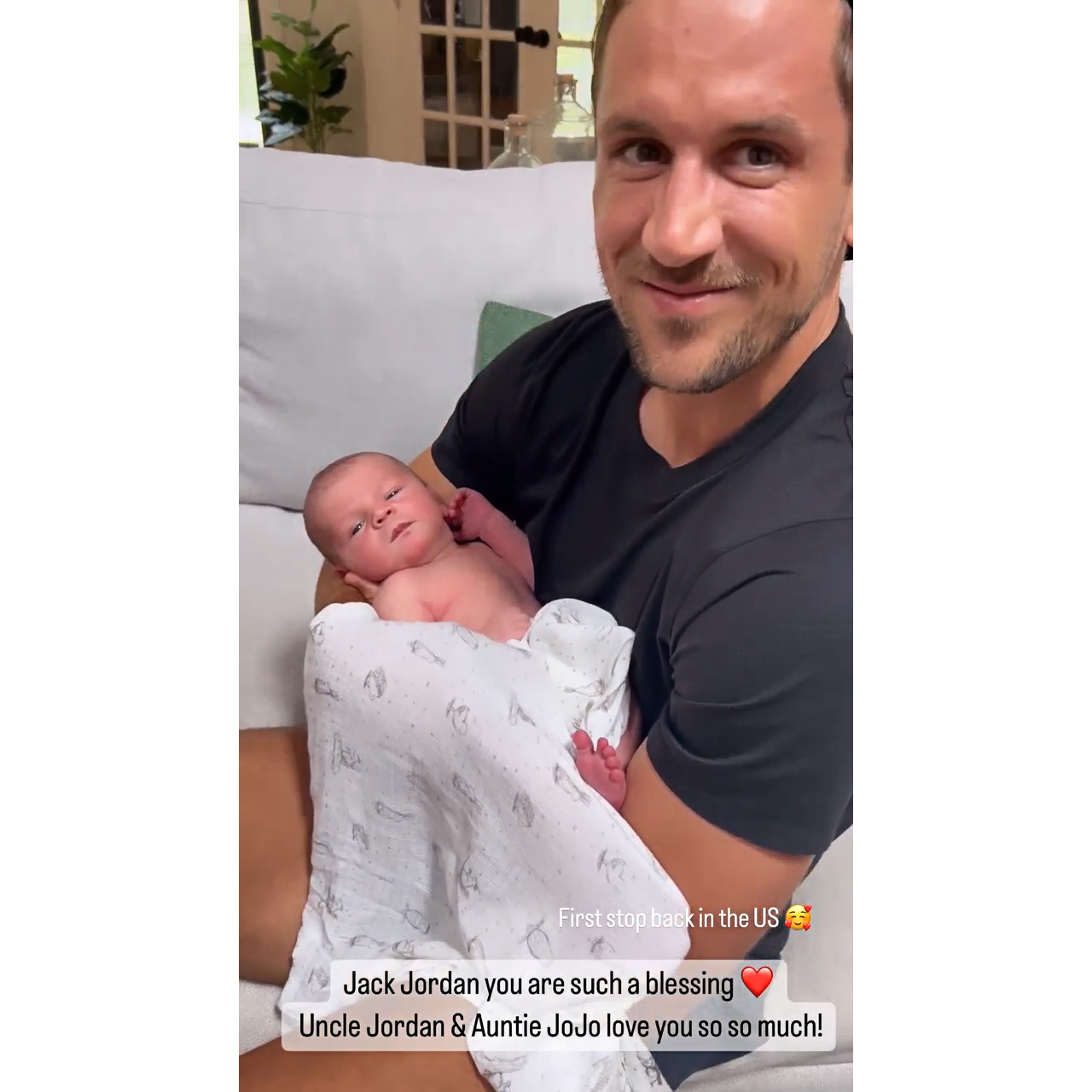 After Fletcher — who got engaged to the 33-year-old Cash Pad host on season 12 of the ABC dating series — cooed over her man with their baby nephew on Saturday, she also had a chance to hold the little one.

They Do! Every Bachelor Nation Wedding in 2022: JoJo Fletcher and More

“Me to Jack: ‘Do you want a cousin?’” the Texas native jokingly captioned a second Story post.

Fletcher and Jordan — who tied the knot in May after nearly six years together — have previously been candid about their intentions to expand their brood.

“It’s kind of been [a conversation that’s] coming up a little bit more recently,” the SEC Network sports broadcaster exclusively told Us Weekly in April. “Everyone that will be my groomsman [at our wedding] except for one had a child in the last calendar year. I think we’re at that time in our life where we’re like, ‘Oh, my gosh, we’ve got to have a kid tomorrow,’ but also …. I don’t think we’ll wait a long time. But that might not be right away.”

Fletcher — who moved to Puerto Rico with her spouse last year — echoed his sentiments, noting they weren’t “scared” of adding another Rodgers cousin to the mix. 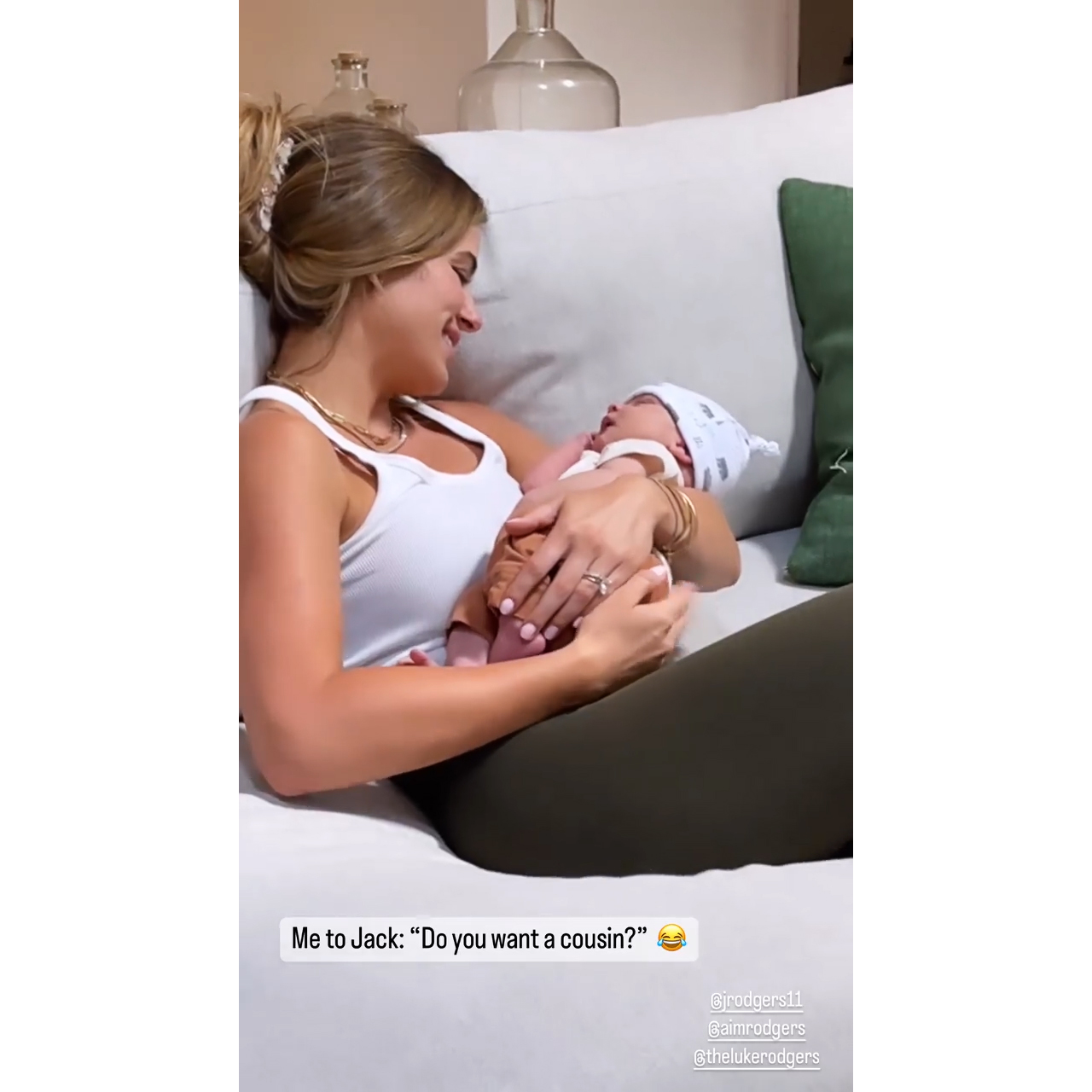 “[Having a child is] a big deal. [But] I think it’s going to be one of those things where we’re just going to wake up one morning and be like, ‘I think we’re ready. Let’s do it,’” she told Us at the time. “It could be in the next, like, one [or] two years.”

Jordan’s older brother Luke and his wife, Aimee Rodgers, announced last month that they had welcomed their first child — and named him after Jordan.

“My whole heart. Welcome to the world Jack Jordan Rodgers. You are loved and treasured beyond measure,” Luke, 40, wrote via Instagram on June 20. “Jack we choose your name because it means God is gracious. Your middle name is for @jrodgers11 and we can only pray you grow up to be as generous, kind, loyal, (and tan) and an amazing man of character as your uncle Jordan.”

The former football player — who is also the estranged younger brother of Aaron Rodgers — was humbled by the naming honor. He replied via Instagram comment at the time, “My little dude JJ!!! Love him already and love you and Aimee so much! So happy for y’all and so freaking stoked to be an Uncle 🙌.”