Reason mum brought a $5 NERF gun into the delivery room

Why a mum-of-four who had a C-section to deliver her children brought a $5 NERF gun into the delivery room: ‘It was highly effective’

A mother-of-four has revealed why she brought a $5 NERF gun to the delivery suite – and claims the cheap toy is a ‘game changing must have’ for women in her position.

Amy Al recently gave birth via C-section and after having other similar births knew exactly what to expect, a hard-to-wake, perpetually exhausted husband.

The mum says her husband goes above and beyond to support her and their children but ‘loves to sleep’.

So she bought a NERF gun to wake him up in the hospital and claims the method was extremely effective. 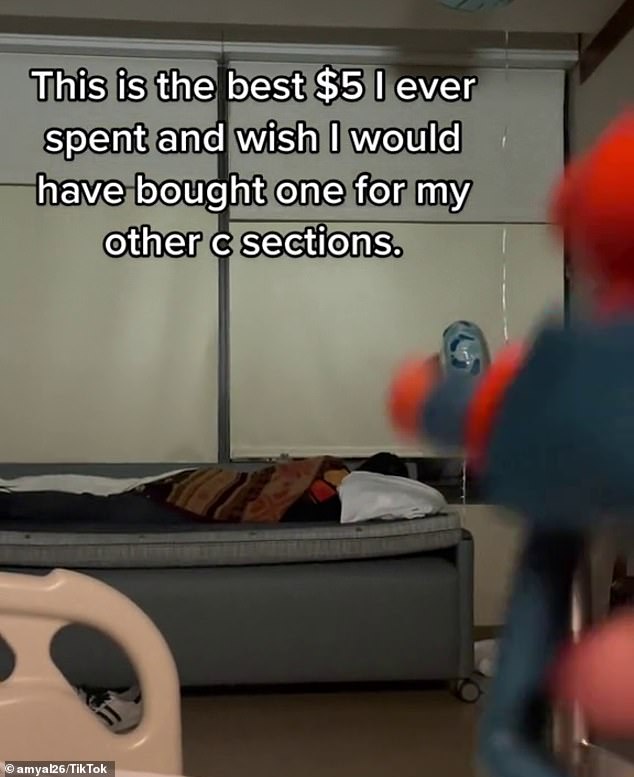 In a viral video on TikTok the mum is seen loading the toy gun and firing it at her husband who is fast asleep on a makeshift bed on the other side of the room.

He stirs lightly after being hit by the projectile and she is able to get his full attention by whispering ‘babe’.

‘The best $5 I ever spent, I wish I bought one for my other C-sections,’ she wrote on the video.

Amy said her nurse ‘showed her co-workers’ and said the idea was ‘genius’.

And people on TikTok were quick to agree.

‘I can’t believe how much they sleep that first night because they are SO TIRED,’ one woman fumed.

‘I’m getting the $70 ones that hurt,’ said another woman, inspired.

Others revealed they had similar methods when they were recovering from C-sections and needed their partner’s attention.

‘I threw TWO shoes, last one bounced off the wall and hit him again and he still didn’t wake up,’ one woman said.

‘You’re nicer than me. I threw the call bell/remote. It had a cord, so I pulled it back and threw it again,’ said another.

Some even used the tactics mid-labour. 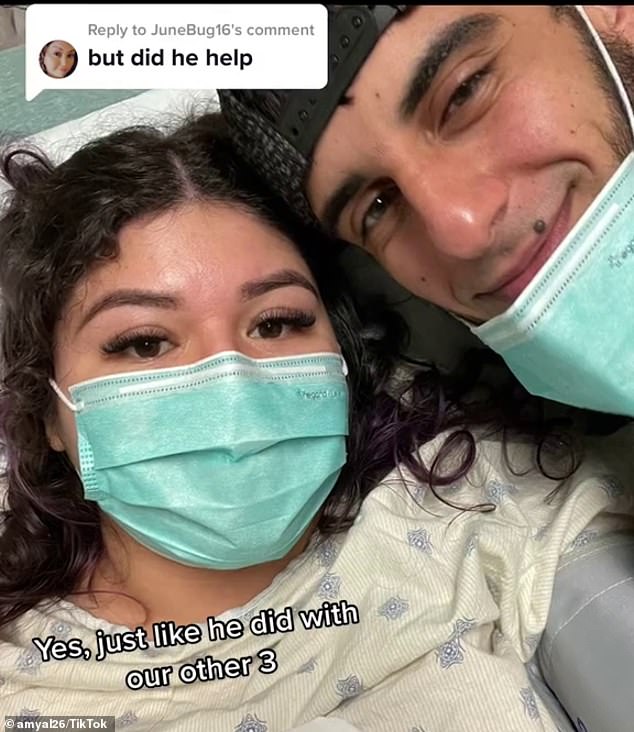 ‘I threw a tennis ball the nurse left for my back at my husband when I was in labour. Got him right in the ribs first try and he popped right up,’ one woman said.

Others wished they had come up with a similar plan.

‘I was in the hospital three days and he slept the entire time like absolutely no joke. She is almost one and I still get so mad about it,’ one woman said.

‘Honestly I am just going to tell my husband to go to work next time. So he is doing something productive.’

Amy was quick to post a tribute to her husband ‘to show how amazing he is’ after her first video went viral. 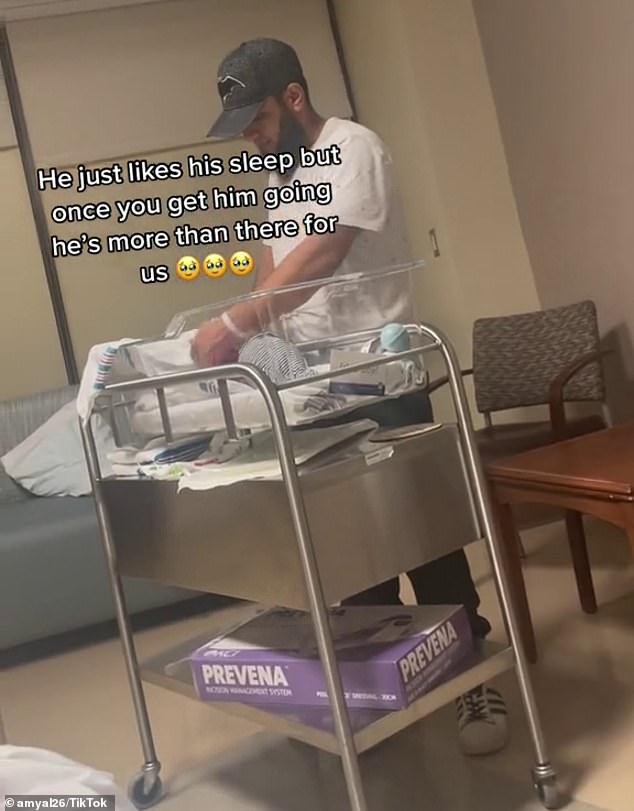 ‘I literally couldn’t ask for a better human to help me through pregnancy or labour all four times,’ she said.

‘He just likes to sleep but once he gets going he is more than there for us,’ she added.

It can take six weeks to heal following a C-section, in this time mothers are warned not to lift anything ‘heavier than their baby’ or even drive.

Most women spend three to five days in hospital following the surgery.