Turning away. Dorit Kemsley revealed that her Real Housewives of Beverly Hills costar Kyle Richards had to stop watching the Bravo series amid her feud with sister Kathy Hilton.

“It’s been hard for Kyle, I’m not gonna lie,” the fashion designer, 46, exclusively revealed to Us Weekly at BravoCon on Friday, October 14. “There was a point in time where she had to stop watching the show. You know, it was really intense for her.”

Season 12 of the Bravo franchise had a lot of ups and downs for the Halloween Ends star, 53, particularly when it came to her ongoing feud with her sister Hilton. The tension between the sisters arose during a cast trip to Aspen earlier in the year. While their alleged argument was not captured on camera, Lisa Rinna claimed in a confessional that Hilton, 63, had an “absolute meltdown” after venting about her relationship with Richards.

Hilton exclusively opened up to Us in July about how her “personal conversation” was not something she expected to have filmed. “I was frustrated. There’s not an excuse for it,” she exclusively told Us at the time about what went down offscreen. “I was doing all the press for Paris in Love, [which included] daytime talk shows and evening talk shows. Then I had to get up at 4 a.m. and get to the airport [for] a flight to L.A., then wait around for three hours to get a flight to Aspen. I felt like I was overtired, high altitude and a little sensitive.” 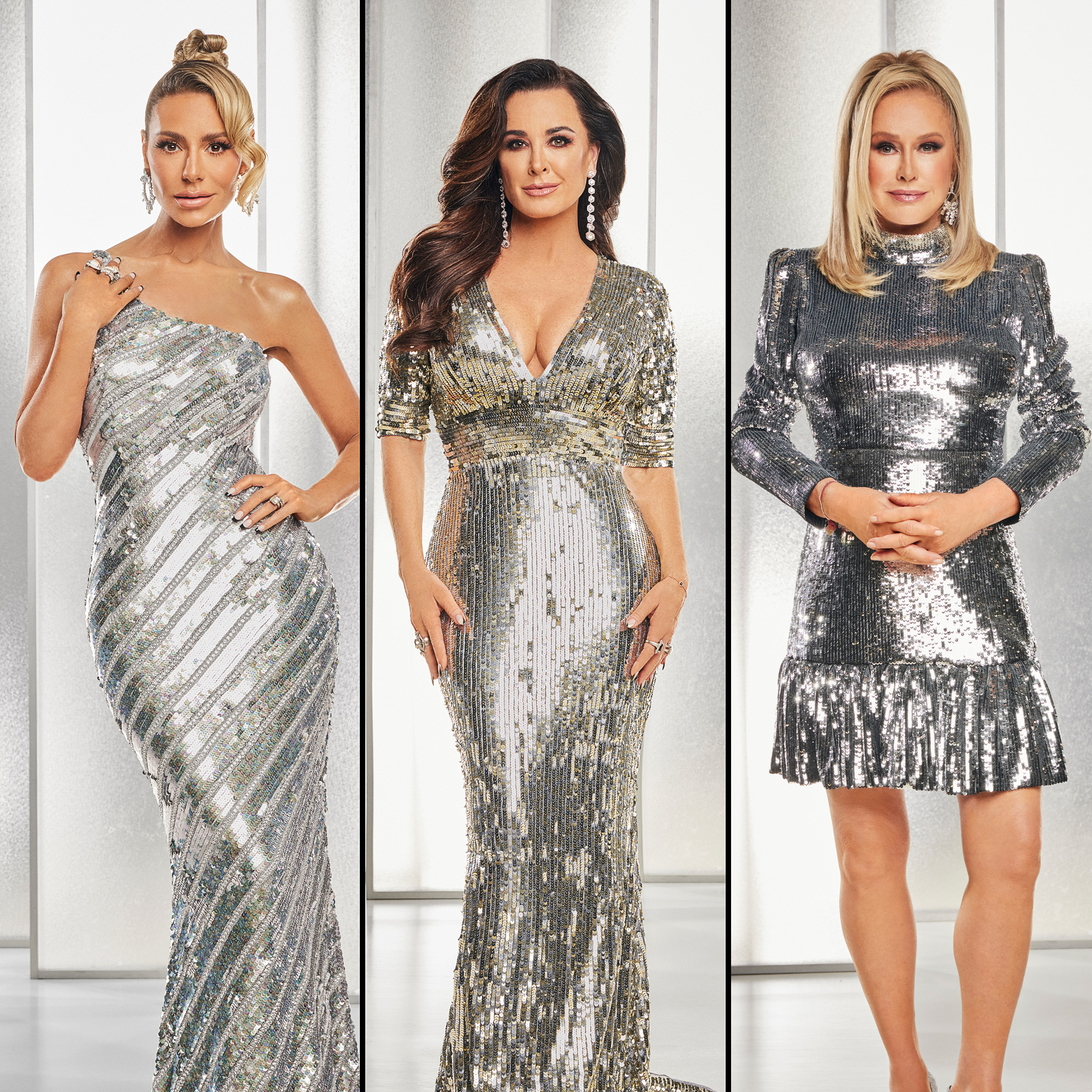 In the first part of the season 12 reunion, which aired on Wednesday, October 12, the two sisters appear to have remained at odds. (The siblings’ third sister, Kim Richards, also starred on RHOBH but left during season 5. The Little House on the Prairie actress tearfully admitted during the episode that she was “really not OK” and wanted to leave the set.

Kemsley revealed to Us that while the gathering was the “most intense reunion” that the cast has ever shot, she remains positive amid the sisters’ drama.

“I’m there for [Kyle]. She’s got a wonderful family and support system. It’s always far more difficult when family’s involved,” the Beverly Beach designer shared with Us. “I like to be very optimistic. I know they love one another. They’re sisters and they’re gonna be OK. And even if they have a few challenges ahead of them, at the end of the day, I believe that they will be OK.”

Hilton also exclusively gave Us an update on where she and her sister stand while at BravoCon. “I think that, sure, [there’s a chance at reconciliation]. I mean, we love each other. We’re sisters. Nobody’s gonna come between us at the end of the day,” the Paris in Love alum admitted.

The Connecticut native also gave Us an update on how she’s been coping with the aftermath of the terrifying burglary that occurred in her home in October 2021.

“I do intense therapy. I have a wonderful therapist,” the television personality revealed. “It’s really crazy because I’ve diagnosed PTSD and in this process you are sort of grieving the person that you were before the trauma, which is a crazy concept, if you will.”