Someone sweet to sing about! Rihanna and ASAP Rocky welcomed a baby boy, Us Weekly can confirm.

The “Consideration” songstress, 34, gave birth in Los Angeles on May 13, according to TMZ, who was the first to report the news. The Barbados native debuted her baby bump in a January maternity shoot with her partner, 33, on a snowy day in New York City. 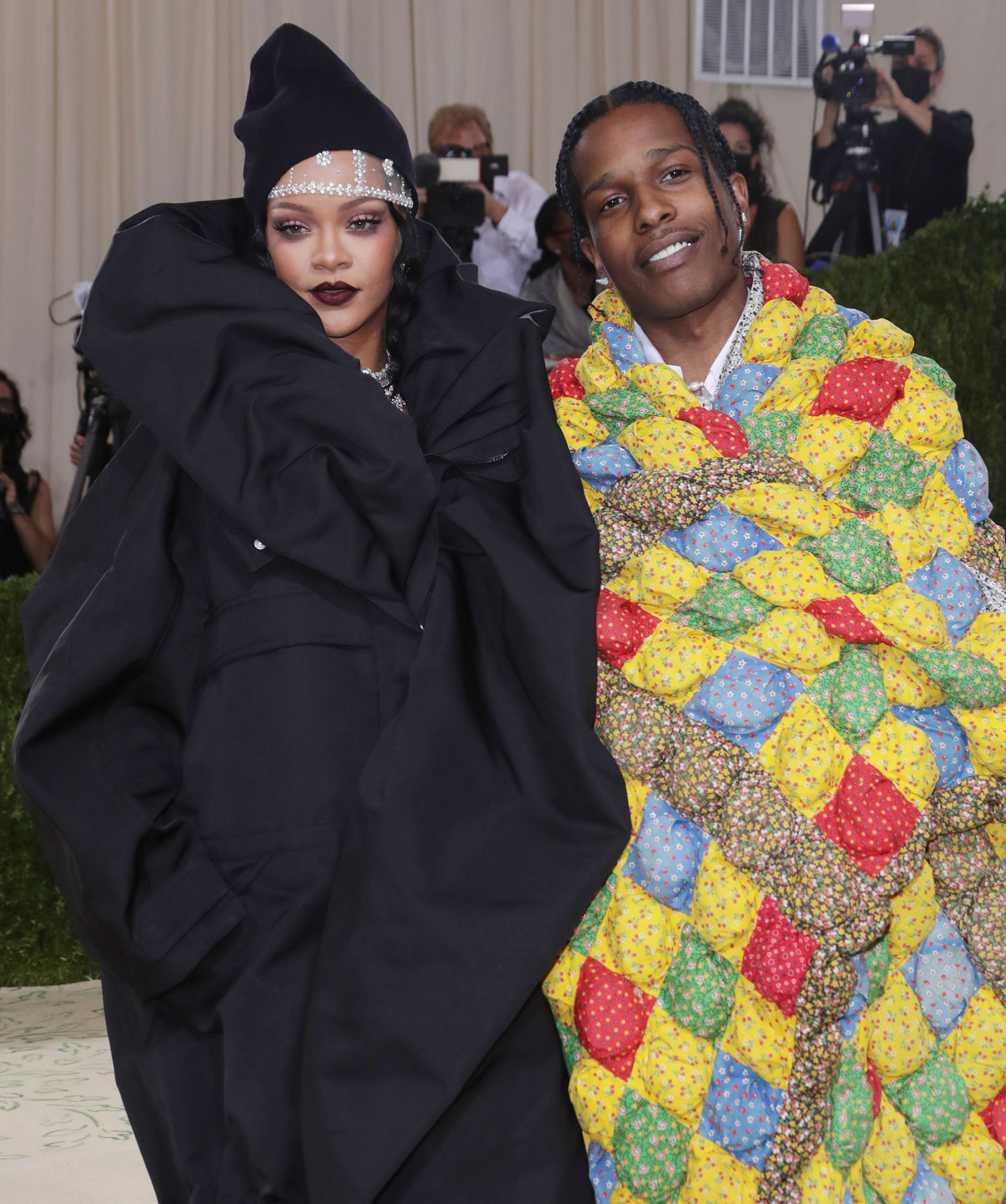 Later that same week, the Grammy winner gave her social media followers another glimpse at her stomach. “How the gang pulled up to black history month,” the then-expectant star captioned a February Instagram photo taken in her bathroom.

Revisit Rihanna’s Quotes About Pregnancy, Wanting Kids Over the Years

The Fenty Beauty creator received many supportive comments from her celeb friends — including one from Gigi Hadid that caused quite the stir.

“Three angels,” the model, 27, gushed at the time, sparking speculation that Rihanna was pregnant with twins. The Los Angeles native later clarified her comment, writing, “I just caught word of this commotion. I meant rih / rocky / baby lol.”

Rihanna’s pregnancy reveal came nearly one year after Rocky spoke publicly about their relationship for the first time, telling GQ that the makeup mogul was “The One.”

The “Wild for the Night” rapper gushed in the May 2021 interview: “[It’s] so much better when you got The One. She amounts to probably, like, a million of the other ones. I think when you know, you know.”

When asked at the time about having kids in the future, the New York native replied, “If that’s in my destiny, absolutely. I think I’d be an incredible, remarkably, overall amazing dad. I would have a very fly child.”

Rihanna and ASAP Rocky: A Complete Timeline of Their Relationship

As for Rihanna, the Savage x Fenty creator’s dad, Ronald Fenty, thinks that she is going to be an “amazing” mother.

“I couldn’t be happier for my daughter,” the 68-year-old exclusively told Us in February. “I actually jumped for joy when I heard [the news]. She’s always wanted to have kids.”

The lingerie designer had previously “practiced” parenthood with her nieces and nephews, a source exclusively shared with Us at the time, noting, “She can’t wait to be a mom! … She’s embracing her pregnancy body and sees it as a beautiful thing. She’s been taking care of herself and her growing baby. ASAP is attending to her every need, definitely treating her like a princess.”

In April, the “Peso” rapper was arrested in Los Angeles after flying back to the U.S. from a Barbados vacation with Rihanna. He was detained in connection with a November 2021 shooting and later released on $550,000 bail. Neither Rocky nor the beauty mogul have publicly commented on the arrest. The Grammy nominee is due back in court on August 17.

Earlier this month, the couple skipped the Met Gala, an event that Rihanna has previously attended in many statement-making outfits. The “Love on the Brain” singer was still there in spirit, however: she was immortalized in a hologram statue displayed in the Metropolitan Museum of Art during the party.