Oprah Winfrey is the only winner: Royal expert ROBERT JOBSON says he felt like he was ‘intruding on private grief’ during Harry and Meghan interview which was ‘cringe-making and hard to watch at times’ 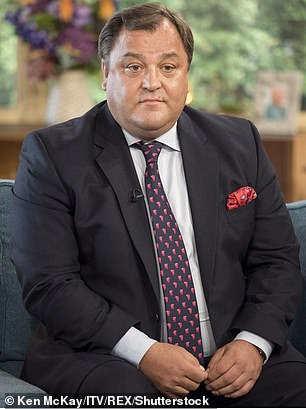 The only winner in this latest Meghan Markle debacle is billionaire Oprah Winfrey.

No wonder the Palace aides tried to keep the chat show Queen and the fame hungry royal duchess apart early in her tenure as a working royal.

I watched a live feed of the CBS broadcast as the self-obsessed Duke and Duchess of Sussex poured out their troubles to millions.

It felt like I was intruding on private grief. In places it was terribly self-indulgent and cringe-making, at times hard to watch.

Meghan Markle, whose acting skills have been over-blown, gives a stilted and over-staged performance. The dramatic pauses are so obvious.

But it is not how she says it but what she says that is most damaging.

To brand the Royal Family racist without being specific is appalling.

They both claim a member of the Royal Family questioned what Archie’s skin tone would be like when he was born.

She suggests, wrongly, that Archie was not made a Prince because he was mixed race.

She and Harry know that is being disingenuous.

They both know when Prince Charles becomes King their children are entitled to princess and princess titles according to the system laid down by King George V.

The claims are about mental health are more worrying.

Meghan says she was suicidal, didn’t want to live and not safe to be left alone. That is very sad.

But Harry and Charles have both had counselling.

Meghan says HR turned her away. Why didn’t she just ask Harry to organise a private mental health practitioner?

They have both worked with mental health charities it is not as if they didn’t know where to go or to ask for help.

They talk about respecting the Queen all the way through, whilst attacking the Royal Family, who they claim are ‘trapped’ and cannot escape the institution.

The attack on the Duchess of Cambridge was uncalled for too. 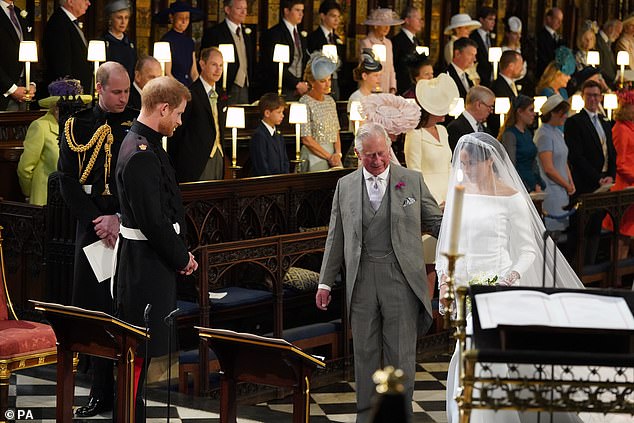 Meghan claimed that Kate made her cry and she has apologised for it.

Again this is unfair as Kate can hardly answer back.

I cannot see the Palace coming out with an immediate response. But they surely must respond, despite claims the contrary they are not into tit for tat.

But after the claims that a member of the Royal Family is overtly racist, surely this needs to be addressed.

Also claims that they moved not to give Archie a title due to his skin colour.

Also they must address the claims that they did not protect Meghan and rejected her cries for help over mental health issues are very serious and should be answered.

Throughout this interview, which Oprah says was no holds barred, it was almost as if she had written the most dramatic lines written in ink on the back of her hand so she got them right.

Acting or not, Meghan doesn’t hold back with her insults.

Frankly, when Harry joins the interview he looks lost. A hostage to her fortune.

I couldn’t help feeling sorry for the Queen, Prince Philip and Prince Charles in particular when his multi-millionaire son revealed he was cut off financially and he depended upon the millions his late mother Diana left him.

Prince Charles must look back and regret walking her down the aisle. He is a kind man and has been betrayed by his son and the daughter-in-law.

I am sure Prince William will be livid with his brother and wife too for the attack on his wife, Kate, who has been the embodiment of duty since she married into the Royal Family.

Make no mistake this is a gross betrayal of trust, a betrayal of family, yes, even of country.

Our Constitutional Monarchy is after at the core of our Parliamentary Democracy. Our above political Head of State matters.

What Harry and his wife has done by going on US television is equivalent to insulting the office of the US President, to burning the US flag.

Meghan is clearly not intent on falling out with her own family but driving a wrecking ball through the Royal Family too.

Why was this necessary? It seems the entire interview come about out of bitterness.

Meghan has been disingenuous from the start, when she claimed she had no idea who Prince Harry was. Seriously?

She gushed about the royals during her engagement interview and was even given a trial run carrying out royal engagements before the hugely expensive wedding, which come three days after her first private wedding.

Within months Meghan got what she wants. 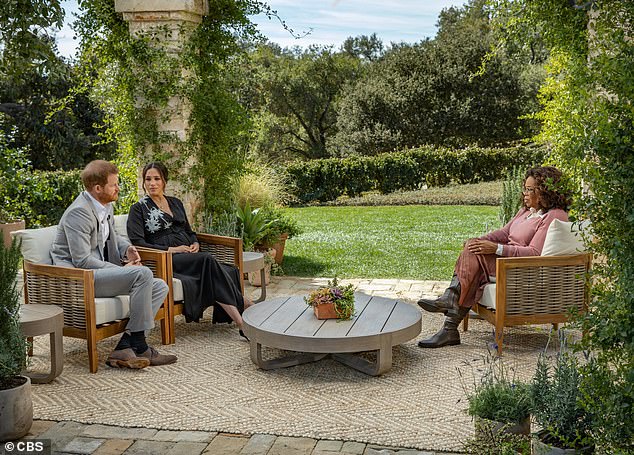 What Harry and his wife has done by going on US television is equivalent to insulting the office of the US President, to burning the US flag

A mansion in LA, worldwide fame and lucrative TV deals worth multi-million of dollars seems to have sweetened the situation.

But it seems it wasn’t enough for a fame hungry Meghan.

But why throw the baby out with the bathwater?

Why not just launch themselves as smiling ex-royal charity entrepreneurs state-side and thank the Queen for all she has done?

But there is a serious issue that now needs to be addressed.

As it stands Harry is sixth in line to the throne. His son Archie, seventh, and his unborn child eighth. That is a farcical situation.

If anything happened to the Prince of Wales or Prince William we would be left with the farcical situation that Harry – who has rejected and criticized the system of monarchy – could be Regent to Prince George. If not Harry then Prince Andrew.

Let’s hope that doesn’t happen, but if it did, I – a life-time supporter of Constitutional Monarchy – would reject it, as would millions of others.

The monarchy would be in crisis.

It is time MPs woke up to their responsibilities and moved for Harry to be struck from the line of succession. His royal dukedom should be taken back too.

Meghan hates our monarchy, Fine, she should not be allowed the title HRH.

Only Parliament, as it is sovereign, can do this.

In my view to protect the monarchy the law of primogeniture should be altered to include the Princess Royal, so that she leapfrogs her younger brothers, Andrew and Edward.

That way if anything happened to Charles or William before Prince George came of age then at least we would have a dutiful figure of stature like the Princess Royal to over see the transition.

I thought the Meghan issue was at first a clash of cultures.

After watching this two-hour long ‘poor me’ whinge, I fear both Harry and Meghan are so wrapped up in their own self-importance, they appear deluded.

The only winner has been billionaire Oprah.

In time the couple will regret this interview, just as Diana, Princess of Wales regretted hers with BBC Panorama.

Expert, JOBSON, on, Robert, Royal
You may also like: