LONDON – The world is accustomed to seeing St. George’s Chapel, on the grounds of Windsor Castle, garlanded with flowers and filled with guests celebrating the nuptials of a royal bride and groom.

Three years ago, it was Meghan and Harry kissing on the steps of the chapel, her in a custom-made Givenchy dress by Claire Waight Keller, and her new husband in his military uniform. A few months later, it was Princess Eugenie’s turn. Dressed in a gown by Peter Pilotto, she married Jack Brooksbank in yet another glittering, celebrity-packed ceremony.

All of the Fashion at the 2021 BAFTA Awards 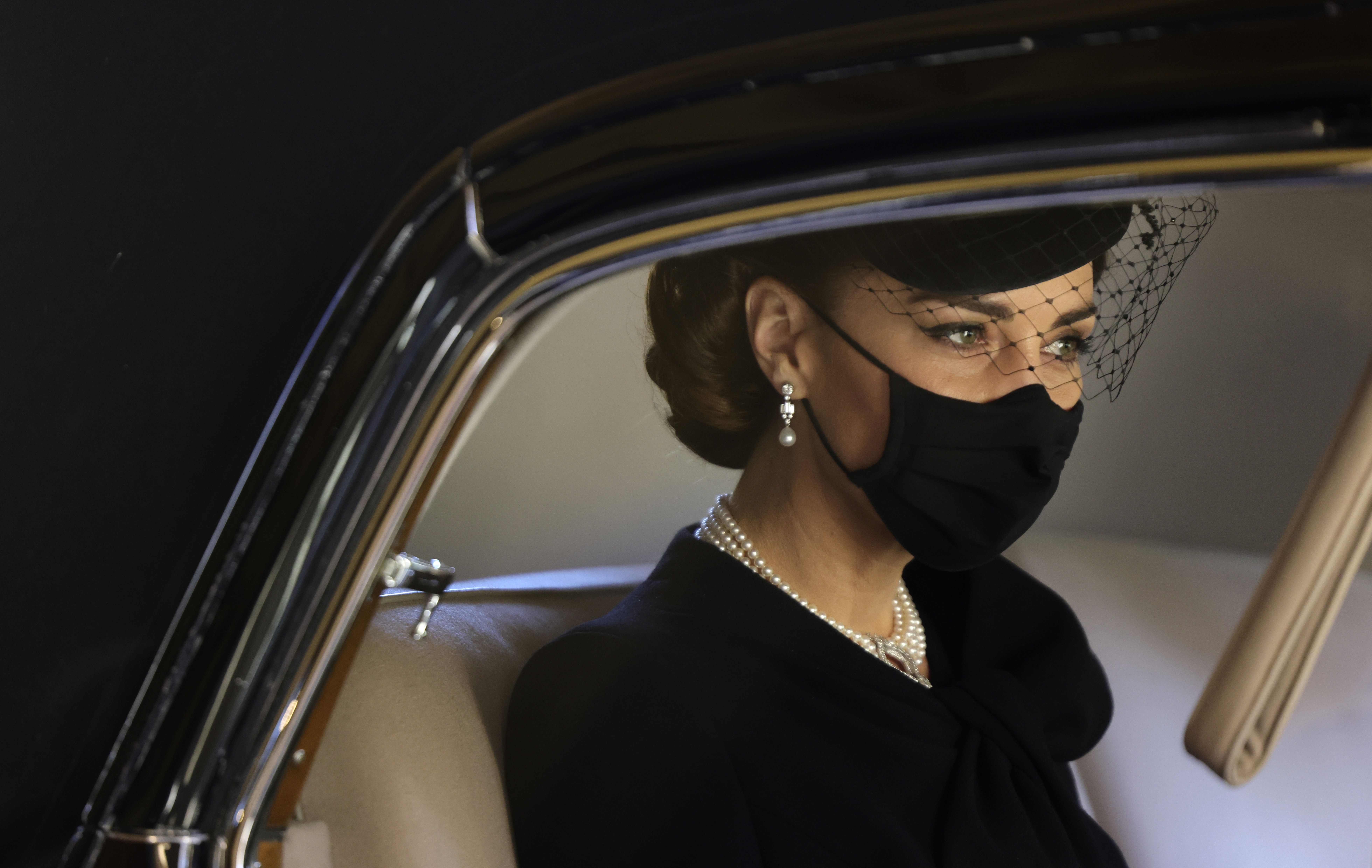 Kate, Duchess of Cambridge looks out from a car window as she arrives for the funeral of Britain’s Prince Philip inside Windsor Castle. AP

During the one-hour funeral, which was conducted by Reverend David Comer, Dean of Windsor, and Justin Welby, Archbishop of Canterbury, the duke was remembered for his “unwavering loyalty to the Queen, service to the Nation and Commonwealth, his courage, fortitude and faith.”

During his 99 years, the prince was a patron, president or a member of more than 780 organizations, and was the first president of the U.K. branch of the World Wildlife Fund. He later served as president of WWF International. One of the readings he chose for the service, Ecclesiasticus 43. 11-26, talked about the omnipotence of nature. 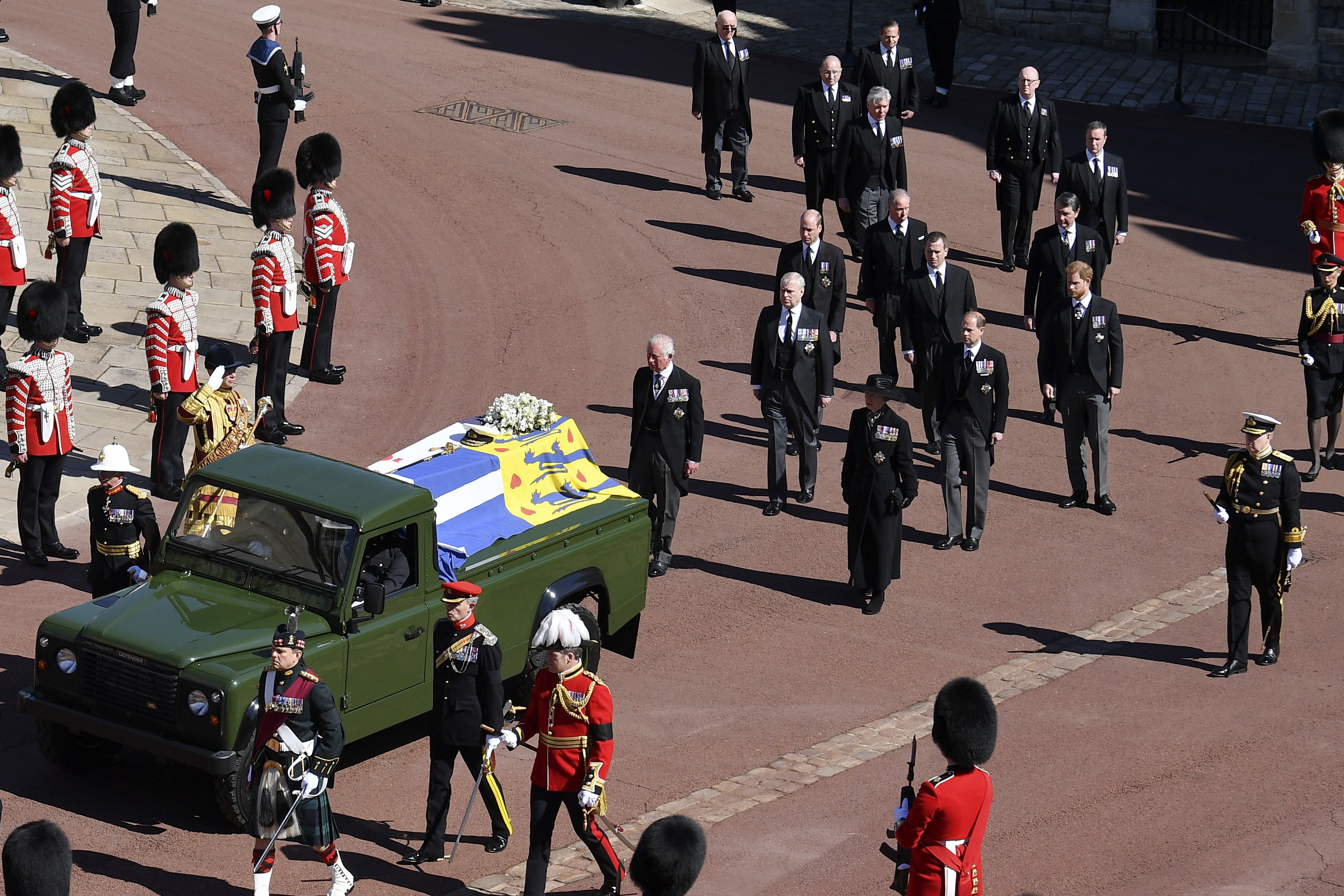 The service was filled with traditional Church of England hymns sung by a small choir, as well as musical tributes on bagpipes, bugles and trumpets by members of the armed forces.

The highest-ranking male family members followed the coffin into the church, with female members and minor royals waiting inside. The Queen arrived last in the back seat of her Bentley, accompanied by her lady-in-waiting Lady Susan Hussey. The Queen, who turns 95 on April 21, sat alone during the service, her face covered in a black mask similar to other members of the congregation.

Although the British press has been making much of the tension between Princes William and Harry, following his move to California, his step back from royal duties and accusations of racism in the top ranks of the royal family, the two walked together behind the coffin with their first cousin Peter Phillips. 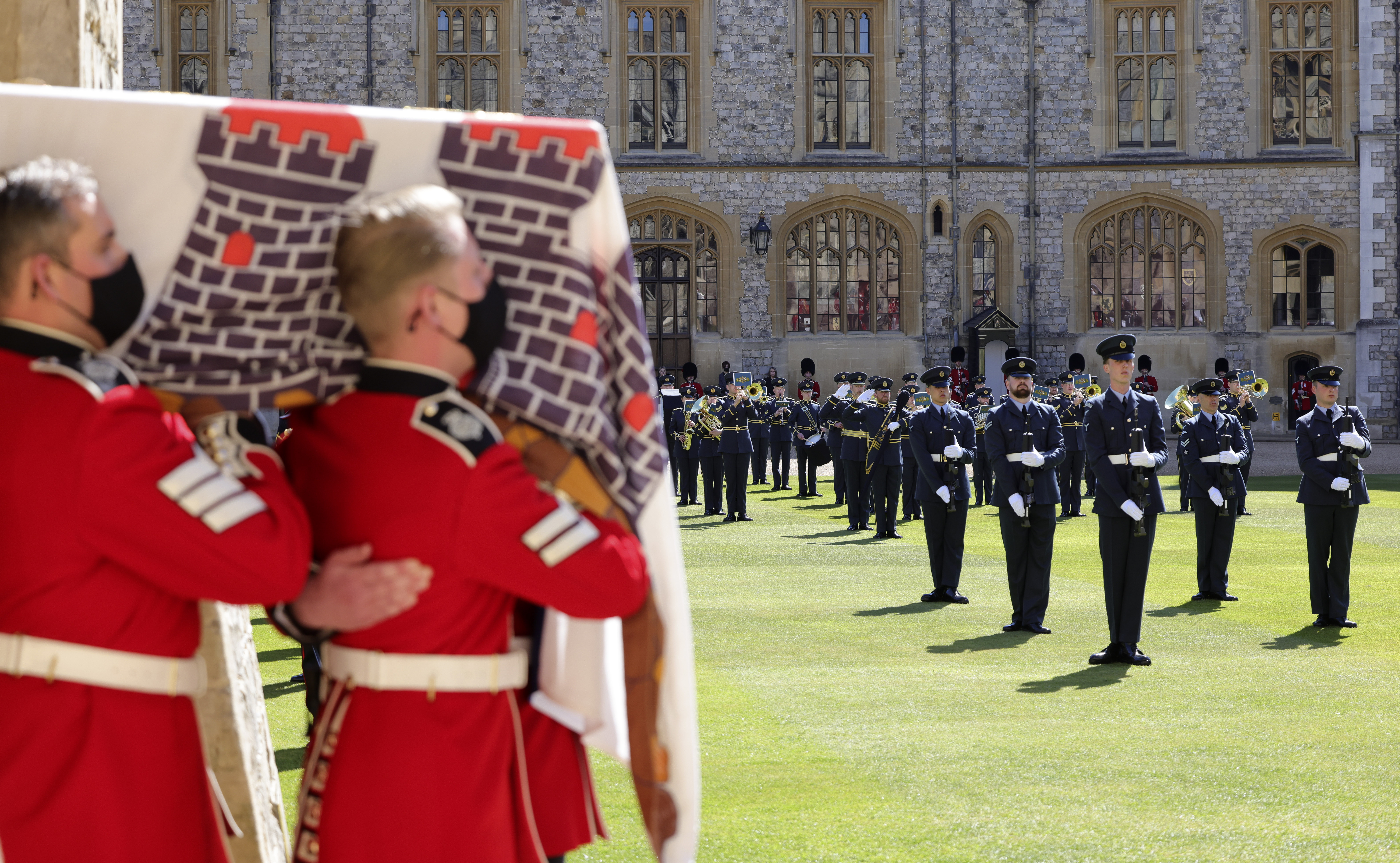 They also left the chapel in a cluster and were spotted chatting together with the Duchess of Cambridge. Harry’s wife, Meghan Markle, the Duchess of Sussex, is pregnant with the couple’s second child and had been told by her doctors that it was unsafe to travel.

Prince Philip was buried in the Royal Vault at St. George’s Chapel, and the family returned to the State Apartments at Windsor Castle, where the Queen has been living since last year when the U.K. first locked down. The royal family will be in mourning for two weeks, although the Queen and other royals will continue to carry out their duties. 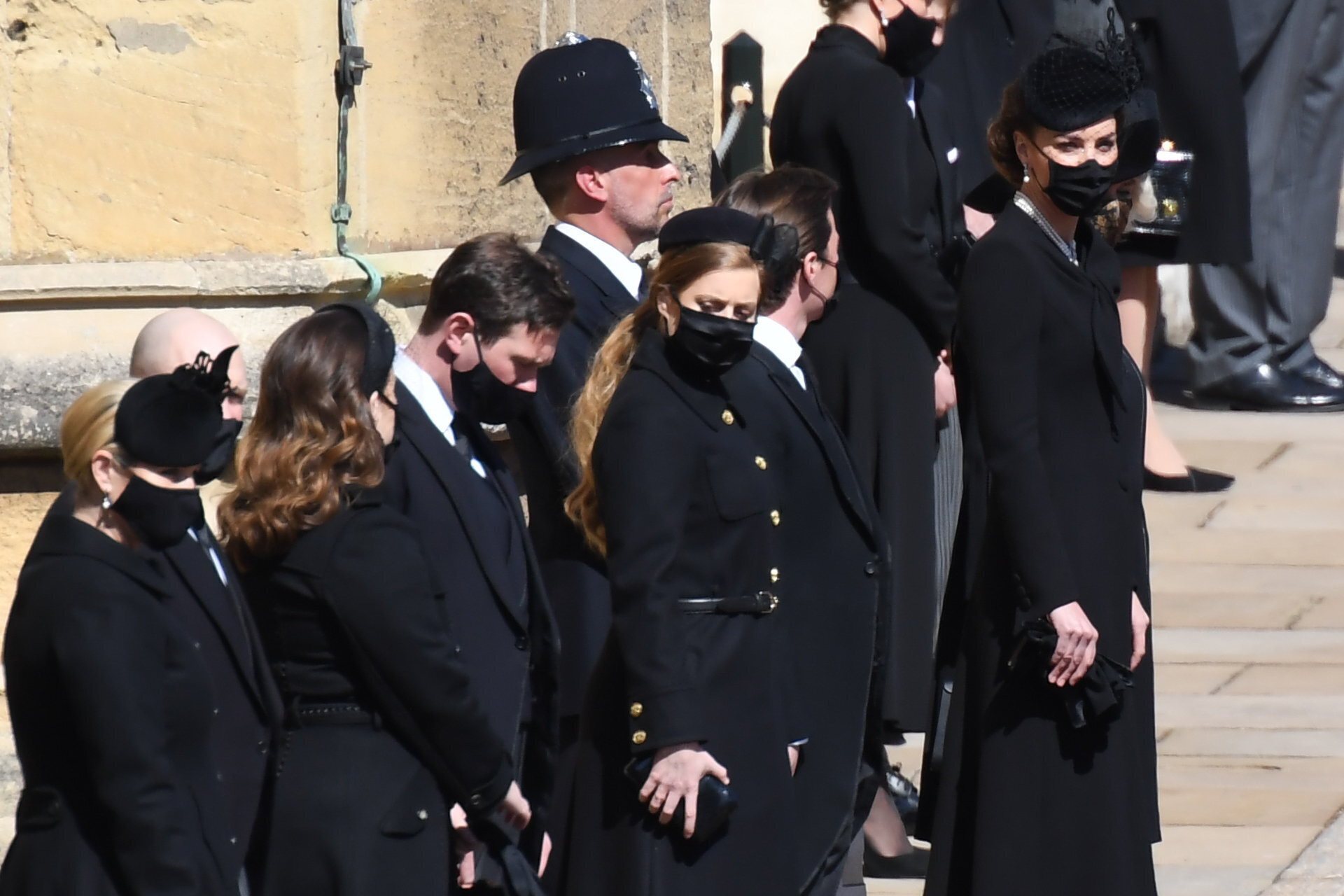 Members of the funeral party wait for the procession ahead of Britain Prince Philip’s funeral at Windsor Castle. AP