A woman has been slammed as ‘rude’ and ‘inconsiderate’ after using a plastic fitted sheet to cover her plane seat.

A woman taken by the very unimpressed people in the row behind show the elasticised plastic covering the majority of the screen on the back of the chair.

‘I guess no entertainment for my wife on this flight…’ a man wrote as he posted the picture to Reddit. 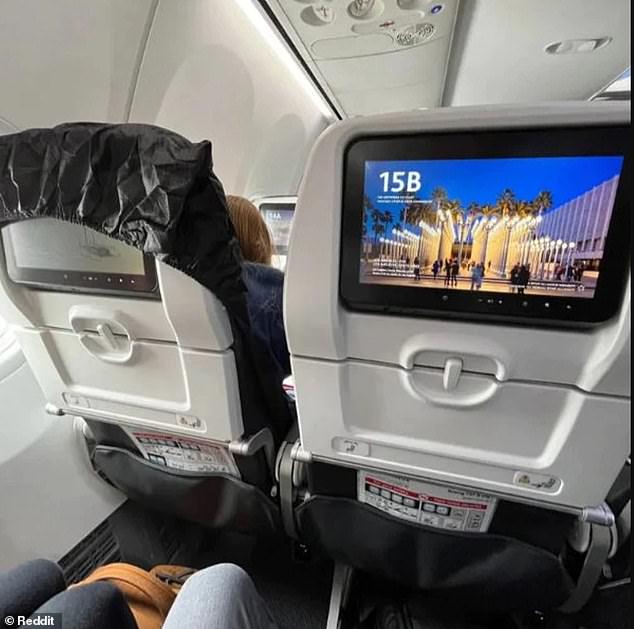 Who is in the wrong?

Who is in the wrong?

And people appeared equally as infuriated with many suggesting they flick the sheet back over the top of the chair.

‘Blows my mind how someone can do that, while realizing they have a tv/touchscreen in front of them and not think about the tv that’s on the back of their own seat,’ one woman said.

‘Uh hell no! that cover would have come off real quick…by me as soon as she put it on,’ another said.

‘I would buy one for the person in front of her,’ said a third.

‘Why do people always want to cause a scene? I’m sure she put her jacket on the seat without really realising it would block the TV. All you have to do is kindly ask her to move it and she will,’ one person said.

‘I could totally see myself as the passenger in front of her, unaware that I did something so stupid, and will be totally embarrassed and ashamed when someone nicely points it out to me.

‘Really the only infuriating thing here is the poster. Did you ask if she could adjust, try adjusting it yourself, do anything remotely adult? Nope, need those internet points.’ 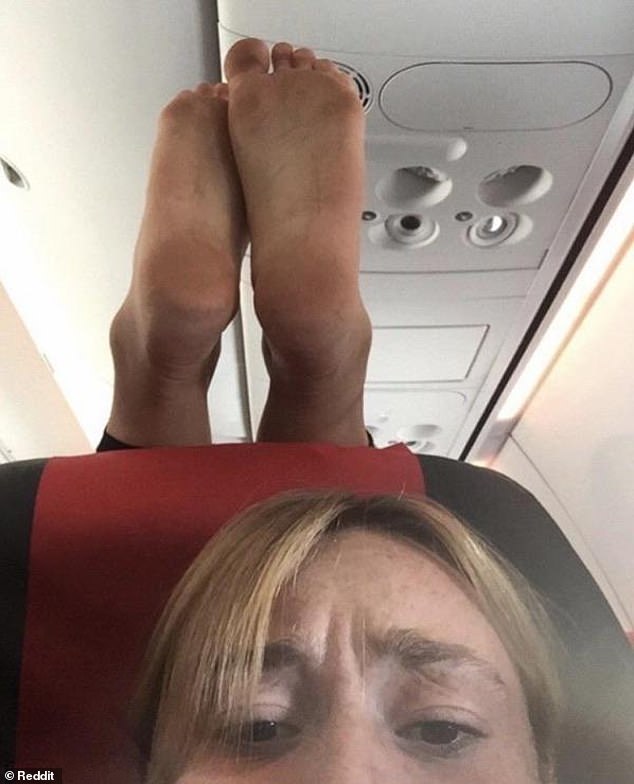 And one said they had a similar situation, but was met with aggression when they asked for the person in front to move their hair.

‘I was ignored and the seat got fully reclined. Solution was speaking to the flight attendant. She went and spoke to the senior attendant who then dealt with the issue. Not long after, same issue again. I was bumped up to business class,’ they said.

in recent weeks people have taken the opportunity to share pictures of other annoying plane neighbours including those who let their hair cover screens and people who put their feet on the headrests in front.