Ryan Reynolds Trolls Nick Cannon After His Announcement of Baby No. 11 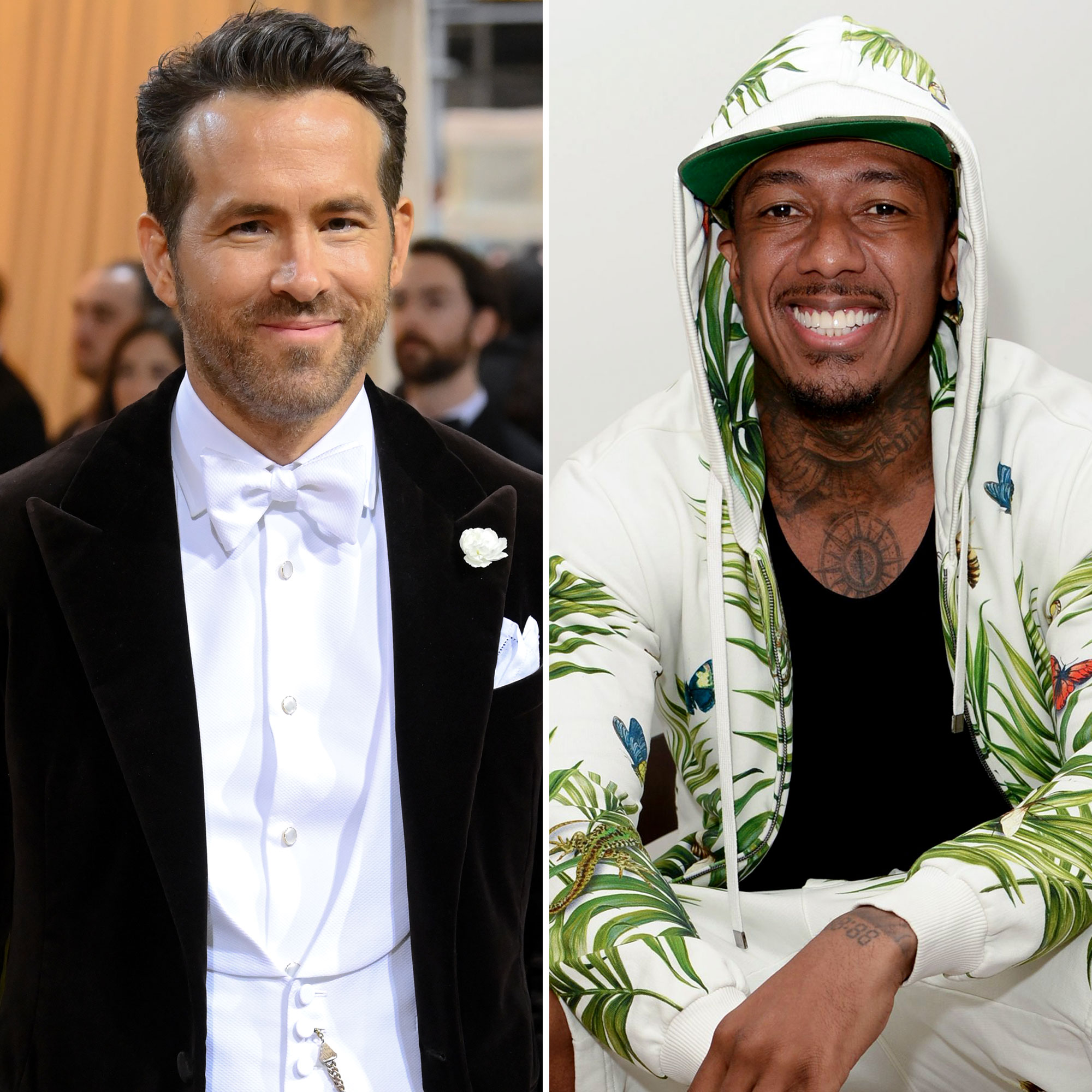 Just a little trolling between friends. Ryan Reynolds couldn’t help poking fun at pal Nick Cannon after he announced he is expecting baby No. 11.

“We’re gonna need a bigger bottle,” the Deadpool actor, 46, tweeted on Thursday, November 3, along with a link to a story about Cannon’s baby news.

The Masked Singer host, 42, confirmed on Thursday that he and Alyssa Scott are expecting their second child together. The Drumline star and the model, 29, previously welcomed son Zen in June 2021. The little one died from a rare form of brain cancer in December 2021 when he was five months old.

“This is a MIRACLE & a BLESSING,” Scott wrote via Instagram on Thursday, sharing a maternity photo with Cannon. The influencer revealed her pregnancy in October, but she didn’t initially confirm that the Wild ‘n Out host was the father.

De La Rosa, 32, announced in June that she is expecting a third child, but she has not named the father. That same month, Cannon joked that he was still expanding his family tree. “When you say ‘on the way’ … what count are you at?” he quipped during an episode of the “Lip Service” podcast. “Let’s just put it this way … the stork is on the way.”

Reynolds, for his part, has previously trolled the Up All Night alum for his large brood. In June, the duo collaborated on a Father’s Day campaign for Reynolds’ Aviation gin brand, with Cannon mixing up a drink he called “The Vasectomy.”

The Roll Bounce star introduced the beverage in an Instagram video at the time, joking that it was “the mother of all cocktails.” Before sharing the recipe — which included gin, tonic, cranberry juice and lemon juice — Cannon added, “Lord knows I need one.”

The Proposal actor added his own quip in his Instagram caption, writing: “Congrats to @nickcannon! Also apologies to @nickcannon. While delicious, the Aviation Vasectomy is clearly not yet 100% effective. #HappyFathersDay.”