Ryan Seacrest: It's a 'Good Idea' for CNN to Limit Andy's Drinking on NYE 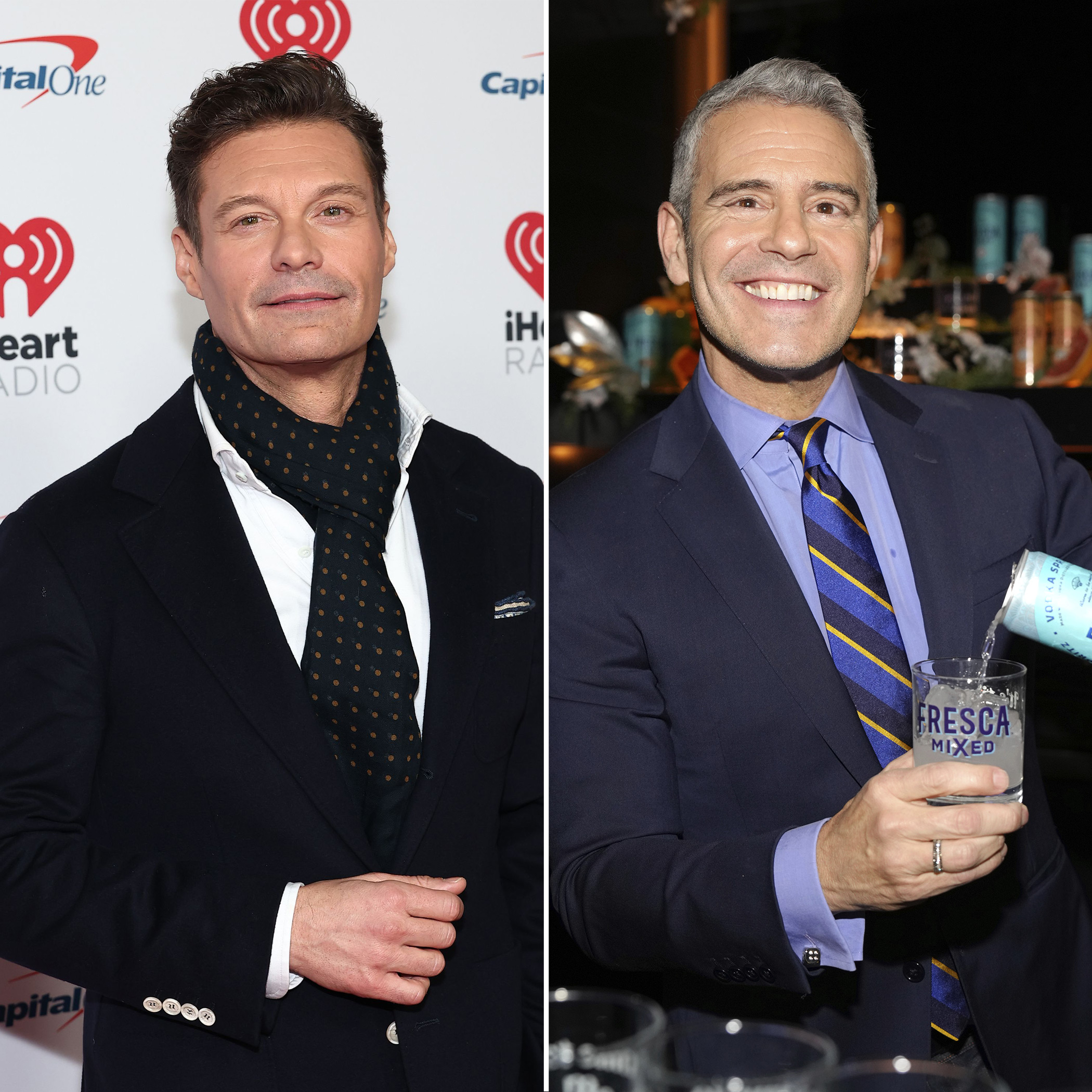 Andy Cohen, Ryan Seacrest’s Friendship Over the Years: Everything to Know

During an interview with Entertainment Weekly, which was published on Monday, December 26, Seacrest, 48, applauded reports that CNN will be cutting down on the hosts’ alcohol intake on and off screen on Saturday, December 31.

“I don’t advocate drinking when one is on the air,” the longtime host of ABC’s Dick Clark’s New Year’s Rockin’ Eve shared. “I don’t know how that started as a tradition but it’s probably a good idea [to scale back], CNN.”

Seacrest noted that he and his fellow ABC cohosts won’t be consuming alcohol until after 1 a.m. during their live broadcast. According to the Live with Kelly and Ryan cohost, some anchors may disagree with CNN’s decision.

“There’s some pretty respectable people or at least one, right?” he joked about CNN’s New Year’s Eve Live, which is hosted by Anderson Cooper and Cohen, 54. “I think there’s a serious journalist and then a friend of mine who has a lot of fun, but it’s probably a good idea.”

The Georgia native also recalled how one of the CNN hosts had “something to say” about his show last year. “[I don’t] think they would say what they said about our performers if they weren’t drinking,” he explained. “I might send them some Casa Dragones Tequila just to tempt them while they’re on the air.”

Cohen, who has been cohosting with Cooper, 55, since 2017, made headlines when he threw shade at Rockin’ Eve last year. ​“If you look behind me, you’ll see Ryan Seacrest’s group of losers performing,” he said at the time. “I’m sorry but if you’re watching ABC, you’re watching nothing.”

The Andy Cohen Diaries author also took a shot at Mayor de Blasio. “Watching Mayor de Blasio do his victory-lap dance after four years of the crappiest term as the mayor of New York — the only thing that Democrats and Republicans can agree on is what a horrible mayor he has been,” he yelled at the camera. “So, sayonara, sucka! 2022! It’s a new year because guess what? I have a feeling I’m gonna be standing right here next year, and you know who I’m not going to be looking at dancing as the city comes apart? You!”

The Real Housewives producer later clarified his decision to call Seacrest a “loser,” saying on SiriusXM’s The Howard Stern Show in January, “Listen, I will not be shamed for having fun on New Year’s Eve. That’s why I’m there. That’s why they bring me there. It’s a four and a half hour show. The booze started kicking in around 11:30 [p.m.]. So everyone’s focusing on kind of the last 45 minutes or hour we were on the air. It kicked into high gear with 45 minutes left. We’d done 15 interviews before that point. And I won’t be shamed for it.”

They Went There! The Biggest Celeb Feuds of All Time

The Missouri native added: “Anderson had a blast. We left and we were like, ‘That was fun! What a fun New Year’s Eve.’ There will be no apologies for drinking on New Year’s Eve. None. The only direction I get every year from [CNN president] Jeff Zucker is, ‘Have fun.’ That is my job.”

Late last month, Cohen addressed the report about CNN cutting back on cocktails — awarding the “Jackhole of the Day” prize to the article on Watch What Happens Live With Andy Cohen. ​”[The headline] was, ‘CNN plans to sober up boozy New Year’s Eve coverage,’” the Superficial author explained. “The article does point out that Anderson and I are still allowed to drink. So, we can all say this to my sobriety.”

He continued: “I just want you to know Anderson and I are going to party harder than we have ever partied before on New Year’s Eve! Do you understand me?!”

Doctor shares foods you need to eat together for health benefits