Sally Rooney, the acclaimed Irish author, has reportedly refused to allow her new novel to be published in Hebrew owing to her views on the Israeli-Palestinian conflict.

The disclosure was made in a recent newspaper interview which said that Rooney had turned down a translation bid from Modan, an Israeli publisher, as she supports a boycott of Israel. 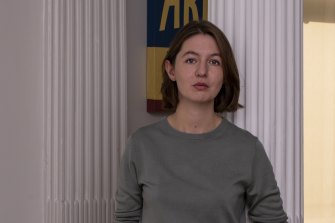 Rooney’s novel, titled Beautiful World, Where Are You, was released in September and quickly topped books charts in Australia, the UK and Ireland.

“When Modan approached Rooney’s agent in an attempt to sign another translation deal, the agent announced that Rooney supports the cultural boycott movement on Israel and therefore does not approve translation into Hebrew,” the Israeli newspaper Haaretz reported.

The interview with Rooney was published by The New York Times in September, but was then translated into Hebrew and published by Haaretz with additional details.

Haaretz added that Rooney’s agent, Tracy Bohan, confirmed that the author had declined the translation when approached for comment.

Rooney’s agent and Modan, the Israeli publisher, were approached for comment, with no response received.

Rooney’s two previous novels, Conversations With Friends and Normal People, have both been published in Hebrew by Modan.

Rooney’s new novel has topped bestseller charts in Australia, the UK and Ireland.

Rooney, 30, has previously been outspoken about her opposition to Israel’s occupation of the West Bank and Gaza, which the Palestinians claim as their own land.

She recently signed an open letter which called for “an end to the support provided by global powers to Israel and its military; especially the United States”, and also urged governments to “cut trade, economic and cultural relations”.

In a report last night, the Jewish Telegraphic Agency also noted that in her second novel, Normal People, the main characters attend a protest against Israel’s role in the 2014 Gaza war.

The boycott revelation – which was not mentioned in the original article by The New York Times – was brought to light in a blog post by Gitit Levy-Paz on the website Forward.

“Rooney’s decision surprised and saddened me. I am a Jewish and Israeli woman, but I am also a literary scholar who believes in the universal power of art,” she wrote.

Ben Judah, a British author and journalist, also condemned the decision last night. “Depressing and unpleasant that Sally Rooney won’t allow her new novel to be translated into Hebrew,” he wrote on Twitter.

All three of Rooney’s novels have been showered with praise by critics for her minimalist writing style and melancholy depiction of life in post-financial crisis Ireland. The novels also address tensions between Ireland’s working and middle classes.

In Britain she has received four book awards, including Young Writer of the Year by The Sunday Times in 2017 and the Costa Book award in 2018.

In an interview with The Daily Telegraph in 2018, Rooney said that she struggled with socialising while growing up, despite her newfound status as the voice of the so-called “millennial” generation.

“I thought school was immensely boring and, as a teenager, I often found social life quite mystifying… I was not someone to whom it came easily to be charming,” she said.

A spokesman for Modan confirmed that it would not be publishing Rooney’s third novel but declined to say whether this was owing to a boycott, and instead referred to Rooney’s agent.

Hebrew, refuses, Rooney, Sally, tr
You may also like: