We had Conversations with Friends and learned all about the sex lives of Connell and Marianne in Normal People. Now the acclaimed Irish writer Sally Rooney is continuing her run of catchy titles and stories of young people negotiating their perplexing lives with Beautiful World, Where Are You, her third novel, which will be published in Australia on September 7. 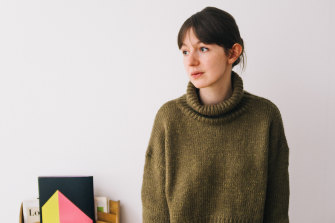 What she writes about will come as no surprise to readers of the first two books, even if the characters are slightly older now. According to Faber & Faber, the book is about Alice and Eileen, ‘‘two best friends nearing their thirties in different places and on very different trajectories. As the summer approaches, they exchange emails about art, friendship, the world around them and the complicated love affairs unfolding in their own lives. They say they want to see each other again soon. But what will happen when they do?’’

Her American publisher, Farrar, Straus and Giroux, was a bit more expansive in a statement, saying the book’s characters ‘‘Alice, Felix, Eileen, and Simon are still young — but life is catching up with them. They desire each other, they delude each other, they get together, they break apart. They have sex, they worry about sex, they worry about their friendships and the world they live in. Are they standing in the last lighted room before the darkness, bearing witness to something? Will they find a way to believe in a beautiful world?’’ 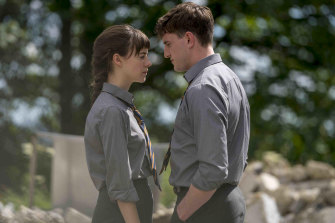 The adaptation of Normal People received four Emmy nominations. it starred Daisy Edgar-Jones as Marianne and Paul Mescal as Connell.Credit:Stan

Rooney’s publisher at Faber, Alex Bowler, says Beautiful World, Where Are You is ‘‘a book of friendship and sex, art and faith, power and love. It absorbs you once again in the inner lives of characters with brilliant minds and aching hearts, while marking the next creative leap from a singular writer. The book scintillates with intelligence, empathy and, yes, beauty’’.

Normal People was adapted into a 12-part small screen series that received four Emmy nominations last year and was fearless in its depiction of its characters’ sex lives. Many of the same people behind the adaptation – Rooney herself, screenwriter Alice Birch and director Lenny Abrahamson – are also now involved in adapting Conversations with Friends.

Speaking to this masthead a couple of years ago, Rooney said of her hugely successful second novel: ‘‘I am writing about, as the title suggests, fairly normal people, who make mistakes but ultimately want to do the right thing even if they are also selfish, foolish and all the other things that most human people are.’’

She went on to say: ‘‘I feel like after two novels there is always going to be some resemblances so who knows if the third book will continue those themes or if it will be very different.’’ It sounds as if those themes will be continued. And her fans will love her even more for it.

New, No, publish, Rooney, Sally, to
You may also like: