Nothing but roses! Sarah Hyland weighed in after Chris Harrison gave her husband, Wells Adams, a shout-out on his Bachelor-themed podcast.

Not Just Chris Harrison! Bachelor Nation Hosts Through the Years

“I haven’t listened to it yet,” the Modern Family alum, 32, told Entertainment Tonight at the 2023 Critics’ Choice Awards in Los Angeles on Sunday, January 15. “I think [Chris] texted Wells about it, being like, ‘Heads up, I talked about you in the second episode,’ but I don’t know what he said or anything.” 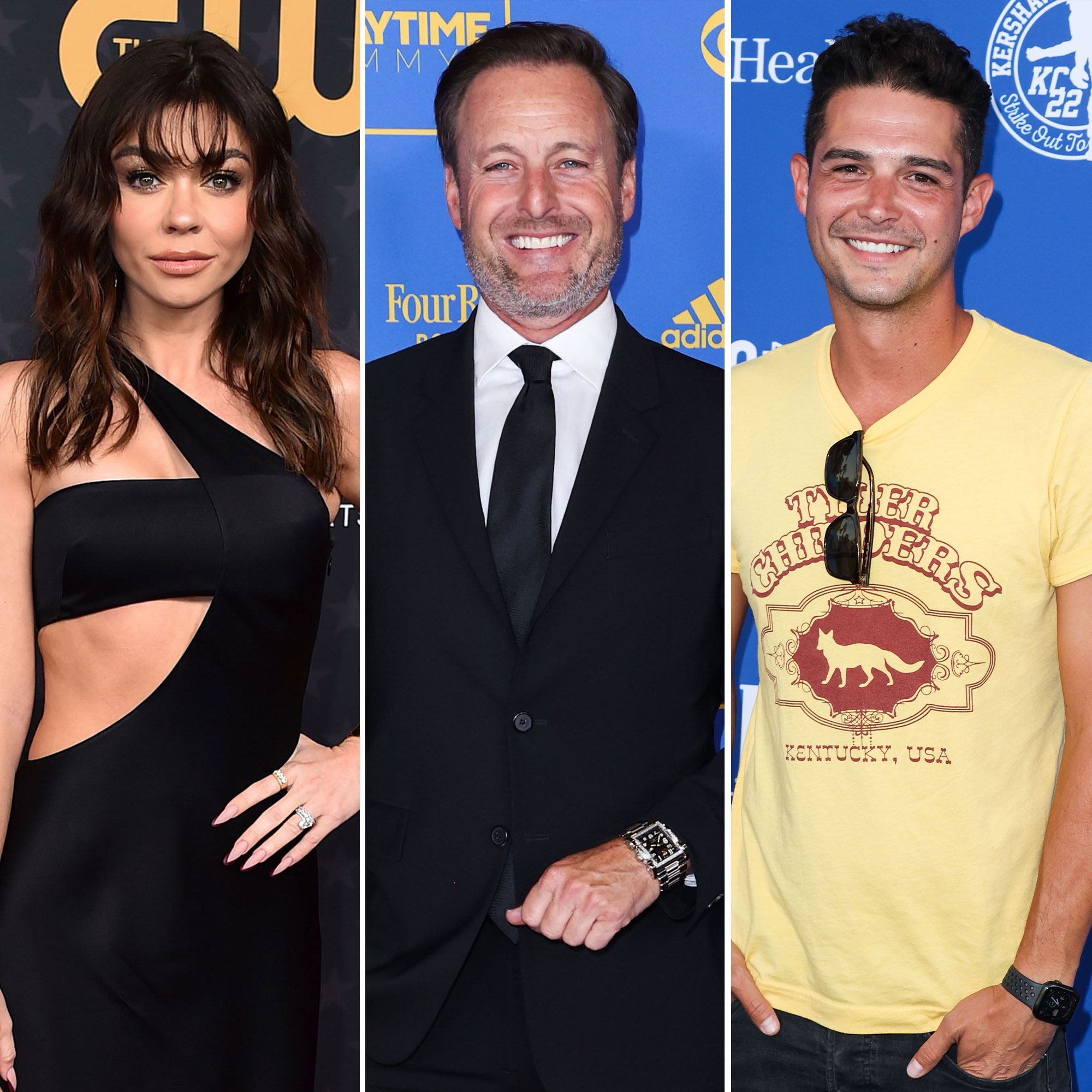 The Private Parts star went on to tease, “Everybody loves Wells.”

Harrison, 51, debuted the first two episodes of “The Most Dramatic Podcast Ever” on January 9, one of which featured a conversation with his fiancée, Lauren Zima. The former Bachelor Nation host — who left the franchise in June 2021 following his controversial comments in support of Rachael Kirkconnell — discussed his departure from the ABC dating series and confessed that he had hoped Adams, 38, would fill his shoes.

“I knew about certain cast members who were calling in. And the funny thing is, the people who were calling in I knew had no chance to get the job,” the Texas native hinted on episode 1 without identifying the Bachelor Nation alums in question.

Sarah Hyland and Wells Adams: A Timeline of Their Relationship

In the second episode, Harrison revealed that he thought Adams — who has been the trusted bartender on Bachelor in Paradise for several seasons — would’ve been the perfect man for the job. (Former Bachelor lead Jesse Palmer officially took over for Harrison in September 2021.)

“Wells has always been a very good man and a good friend of mine,” the Perfect Letter author said. “Wells was in a very difficult situation because obviously he was still kind of connected to the show and he was doing stuff on Paradise, but he was one of the first to reach out to me and just say, ‘Look, I’m staying out of this. I love you and respect you.’”

Harrison was convinced that Adams was a shoo-in. “I even told him, I said, ‘Hey, man, I won’t speak out publicly because I don’t think that will help you at all. In fact, it would do a lot more harm than good. But I really hope you get the job. I think you’d be great at it,’” he continued.

The former Who Wants to Be a Millionaire host also called out Nick Viall, claiming that the season 21 Bachelor lead had his eyes on Harrison’s old role. “Nick wasn’t really strongly against me or said anything. But, you know, I think Nick was one of those among many who probably saw the blood in the water and saw the opportunity of a job that would be really phenomenal,” he alleged. (The Wisconsin native, 42, later revealed on his “Viall Files” podcast that he was “disappointed” by Harrison’s comments.)

Adams has yet to weigh in on the remarks, but he and Harrison developed a supportive relationship over the years. In December 2021, the Best in Dough star hinted that Harrison had big plans in the works following his Bachelor Nation exit.

“I’m not him. I can’t speak for him. But I got a feeling that he’s got something up his sleeve,” Adams exclusively told Us Weekly. “That’s my feeling. That something has been cooking with the old Harrison. I’m excited to see what he does.”

The California native revealed that he and Harrison were still in touch. “He actually was the first person to congratulate me after I announced that I’m hosting this new show on Hulu called Best In Dough,” he added. “[That] is a testament to his character that he was the first person to be like, ‘Hey man, I’m really proud of you. Good job. You deserve this.’”