The ‘ICY GRL’ decided to rep ‘TEAM ICY’ for her sports-themed music video, ‘Fast Motion,’ just in time for the 2021 Olympics. Saweetie stuns in one sexy outfit after another as she tries out basketball, football, race car driving and more sports!

The year of Saweetie continues. After teaming up on tracks with Doja Cat, Gwen Stefani, and Drakeo the Ruler, Saweetie took the spotlight for herself on Friday (May 7), releasing what is expected to be another cut from her forthcoming debut, Pretty Bitch Music. Before the release, Saweetie teased that she’s going to drop something for all her “icy athletes,” and she followed through on that promise with the sports-themed music video for her latest single, “Fast Motion.”

Saweetie deserves a spot in the 2021 Tokyo Olympics after this music video! The “Fast Motion” visuals are essentially one long montage of Saweetie kicking butt at one sport after another, starting with track and field and ending with a choreographed cheerleading performance. We also see Saweetie in “fast motion” as she tries out football, soccer, basketball, boxing and racing as she repped “Team Icy.”

Fans went into Friday unaware of when Pretty Bitch Music was going to drop. They only knew that Saweetie was going to release her debut studio album in 2021 (“late summer,” according to her profile in W magazine) and secure herself the role of being the next hot, in-demand rapper in the game. “The world is going to be shocked by my new music,” Saweetie told W, as part of their Music Issue.

“From now on, I think they’re going to be shocked by everything I do. Shocked in a good way. Shocked in a way that makes the world pay attention.” The world has been paying attention to Saweetie since she released “ICY GRL” on SoundCloud in 2017. The song went Platinum and led to her signing with Warner Records. Since then, she’s dropped a trio of EPs – High Maintenance, Icy, and the most recently released Pretty Summer Playlist: Season 1 – which has helped her star grow.

In 2020, she put out “Tap In,” the lead single from her debut album, and followed it up with “Back To The Streets” (featuring Jhené Aiko), and “Best Friend” (with Doja). Saweetie also appeared on tracks like Ava Max’s “Kings & Queens Pt. 2” (with Lauv), Gwen Stefani’s “Slow Clap,” and Little Mix’s “Confetti.” 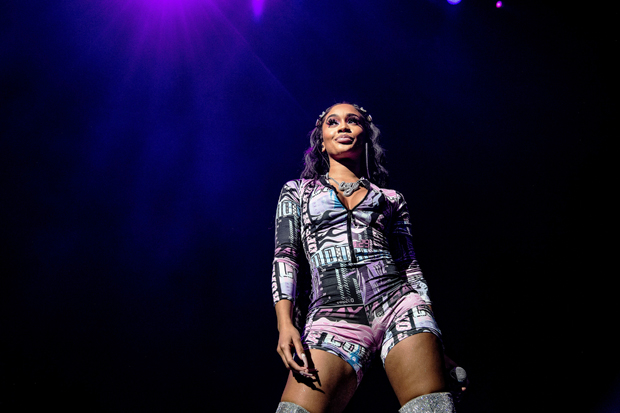 “I was living in rooms that I found on Craigslist,” the Bay Area native told W magazine. “And that was a scary thing. I got tired of the lifestyle where my bank account was at zero. So I gave myself a year in L.A. to be discovered, and I decided that if I didn’t get discovered, I would go back to the Bay Area. In the ninth month, I was signed to Warner Records.” That hustle, hard work, and sharp perspective.

“Saweetie’s lyrics strike a balance between relatable and aspirational, with her delivery setting a cooler, more restrained tone than those of many contemporary rappers,” wrote Briana Younger when reviewing High Maintenance for Pitchfork. “Her witty one-liners are perfect for fly captions, and her cheeky quotables are ready-made for nights when you’re feeling yourself or want to boss up on an ex. This is what hairflips would sound like if they made music.” 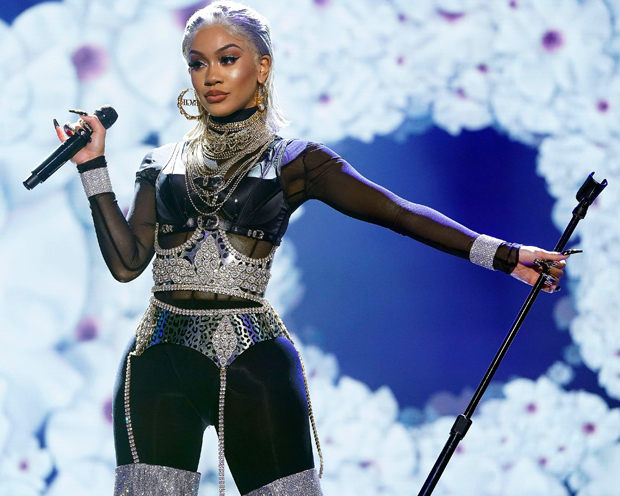 Though lately, Saweetie has been tangled up with the drama surrounding her breakup with Migos rapper Quavo, her focus is not on the past, but on the future. “I have goals,” she said in that W feature. “In quarantine, I did a lot of mood-boarding… If you want to be successful, you have to be detailed in life… I want 900 million dollars. I look at Rihanna. I look at Kylie [Jenner]. I look at all the girls who are working in the worlds that I’m in. I kind of averaged out the money between all these women I admire, and 900 million is the number. So if I’m having a bad day, I’m just like, 900 million, girl! Go!”

Early garden and outdoor deals and predictions for Prime Day 2021

The Kardashians’ Lake Tahoe Rental Cost $6,000 a Night and I’m Not Okay

Celebrity teeth before and after veneers and whitening, from Cheryl to Katie Price