9/11: 20 years on since terror attacks on World Trade Center

The attackers seized control of four planes heading from the north east of America to California. After overpowering the crews, they took over the cockpits and aimed the jets at prominent buildings. 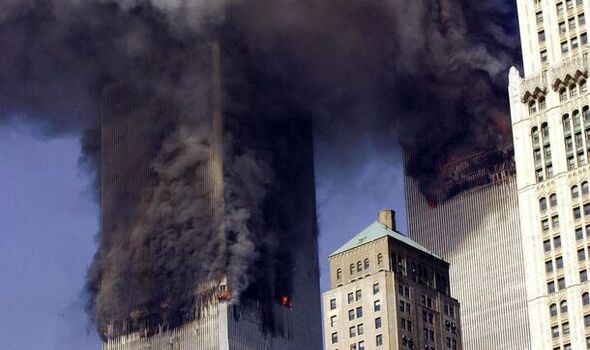 The first and second hit the north and south towers of the World Trade Center, causing both to collapse. Live images of the impact and the falling buildings were beamed around the world.

The third plane struck the Pentagon, the headquarters of America’s Department of Defence. The fourth was also heading towards Washington – likely with the Capitol or the White House in mind – but the hijackers were overpowered by brave passengers. It crashed in a field in Pennsylvania, killing all on board.

President George W Bush declared a “war on terror”. Believing that bin Laden was under Taliban protection in Afghanistan, he issued an ultimatum: to hand him over and close every terror training camp.

The Taliban refused and on October 7 the US attacked. The war would last 20 years.

But bin Laden evaded capture. Pakistani national Khalid Sheikh Mohammed, alleged to be the architect of the attacks, was captured in 2003. His trial is still ongoing.

Bin Laden was eventually located and killed in Pakistan by US special forces in 2011. His deputy, Ayman al-Zawahiri, evaded authorities until he too was killed, in a US drone strike in July this year.

Also on this day… 1885: DH Lawrence is born. 1973: Augusto Pinochet seizes power in Chile. 2008: Fire breaks out in the Channel Tunnel, leading to a six month closure.