Shailene Woodley cozies up to Ansel Elgort over Italian dinner

Have the stars aligned for Shailene Woodley and Ansel Elgort?

The former “Fault in Our Stars” co-stars snuggled up to each other over food and wine at a restaurant in Italy, as seen in a photo shared by Elgort via Instagram on Wednesday.

“It’s the time of the season for loooovvingg 💕,” he captioned the pic, which was part of his latest photo dump.

The duo both flashed big smiles as Elgort, 28, wrapped his arm around Woodley, 30, and pulled her in close to his chest.

On the dinner table were two glasses of red wine, as well as a bowl of parmesan cheese, a leafy appetizer and a digital camera. 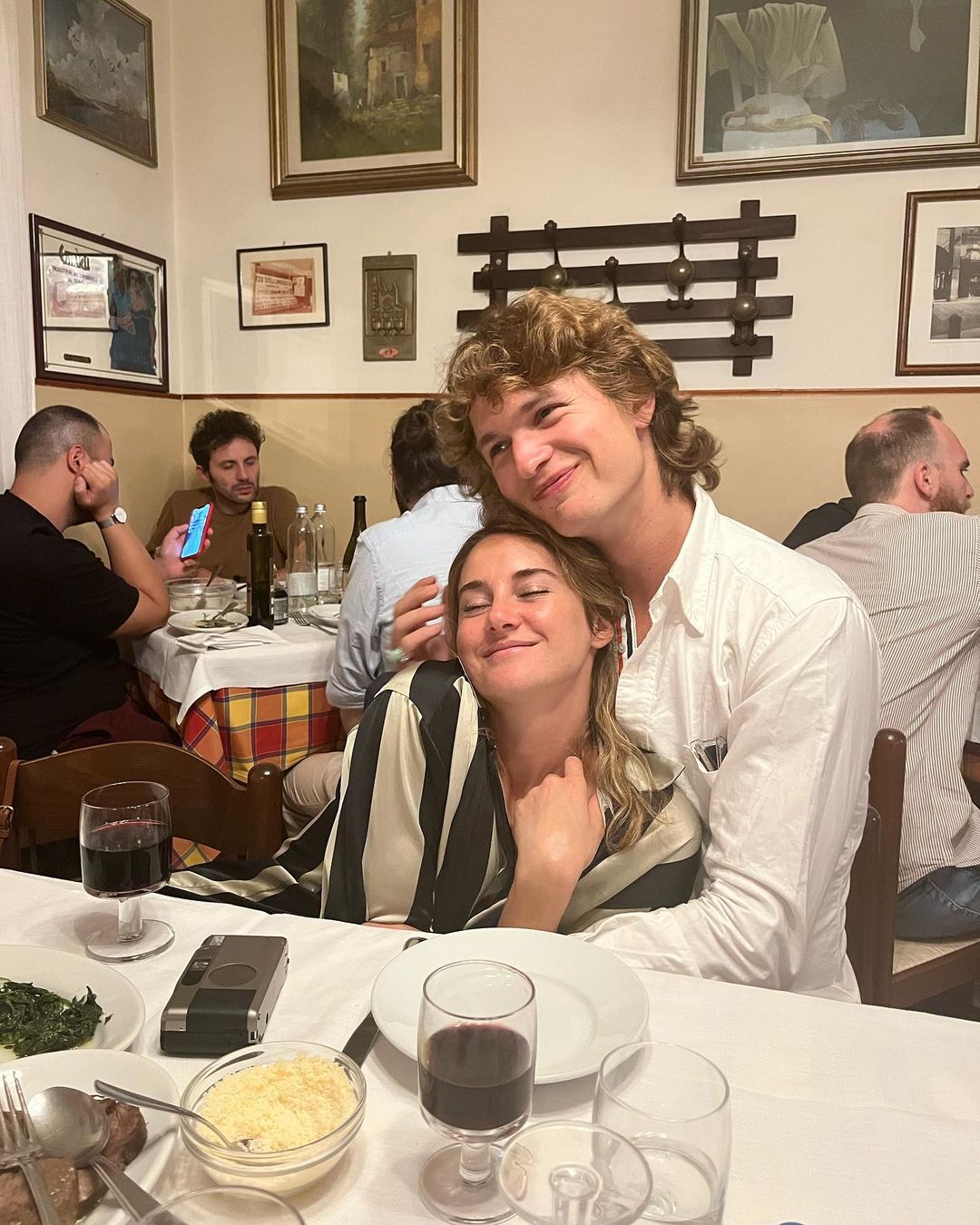 Elgort also shared a photo of what looked like a more intimate dinner between the pair.

The actor captured Woodley sitting across from him at a different Italian restaurant as champagne was being poured into her glass. The “Big Little Lies” actress was dressed more casually in a gray T-shirt, no makeup and a messy bun.

Fans quickly flooded the comments section to speculate on the status of their relationship, writing things like, “OMG OMG ARE YOU TWO DATING?😭😭😭😭😭❤️❤️❤️❤️,” “the romance of the fault in the stars is not over 😍,” and “Is she your girlfriend?????” 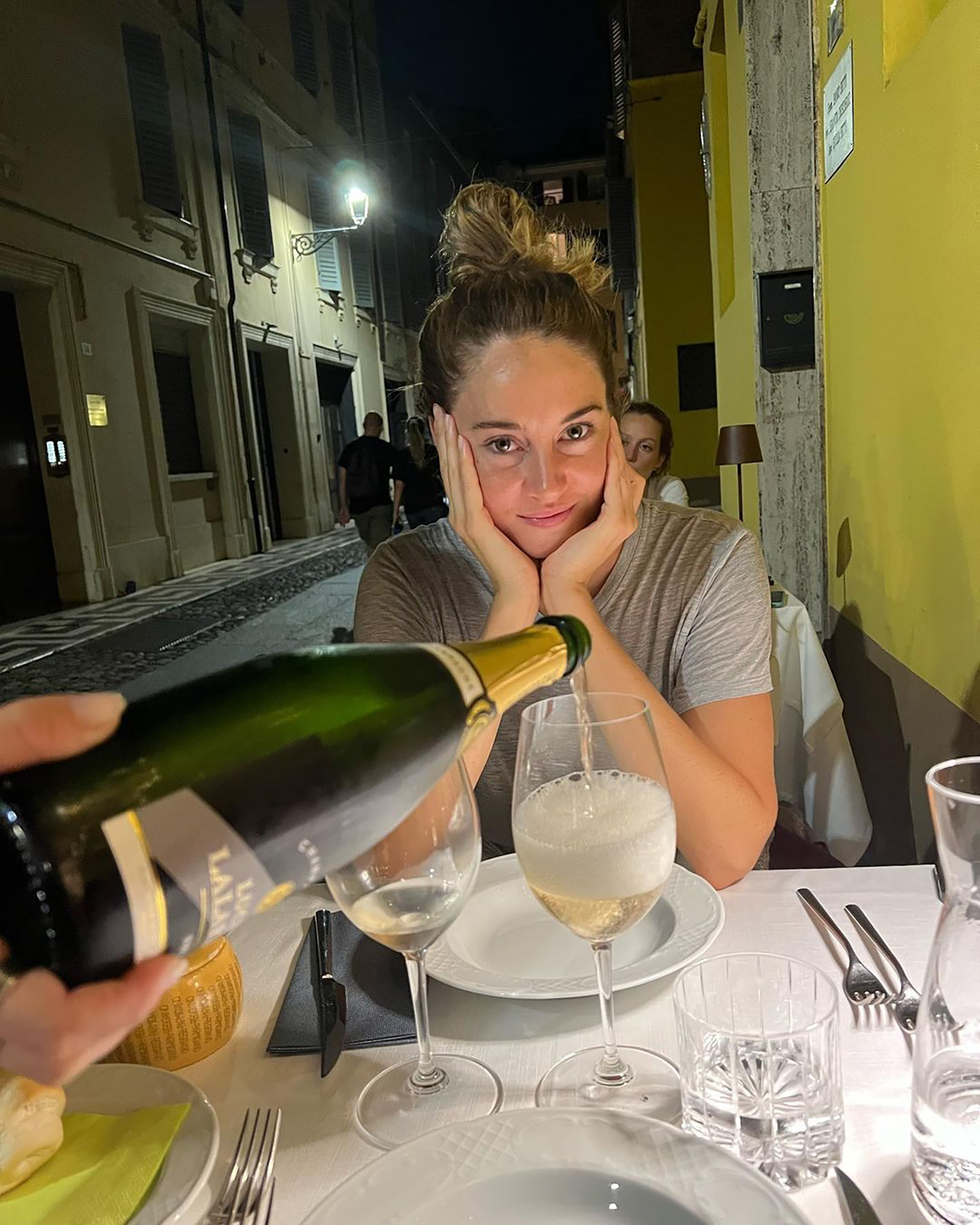 But those weren’t the only romantic moments the two Hollywood stars shared this week. Woodley also posted a video to her Instagram Story Wednesday of the two attempting to reenact the famous lift from “Dirty Dancing.”

Elgort shared a photo of the moment to his own grid, captioning the post, “Clean dancing w Shai 💚🇮🇹❤️.”

Woodley and Elgort have been friends since starring as each other’s love interests in the 2014 film “The Fault in Our Stars.” Since then, they have collaborated on other projects including 2014’s “Divergent” and its two sequels. 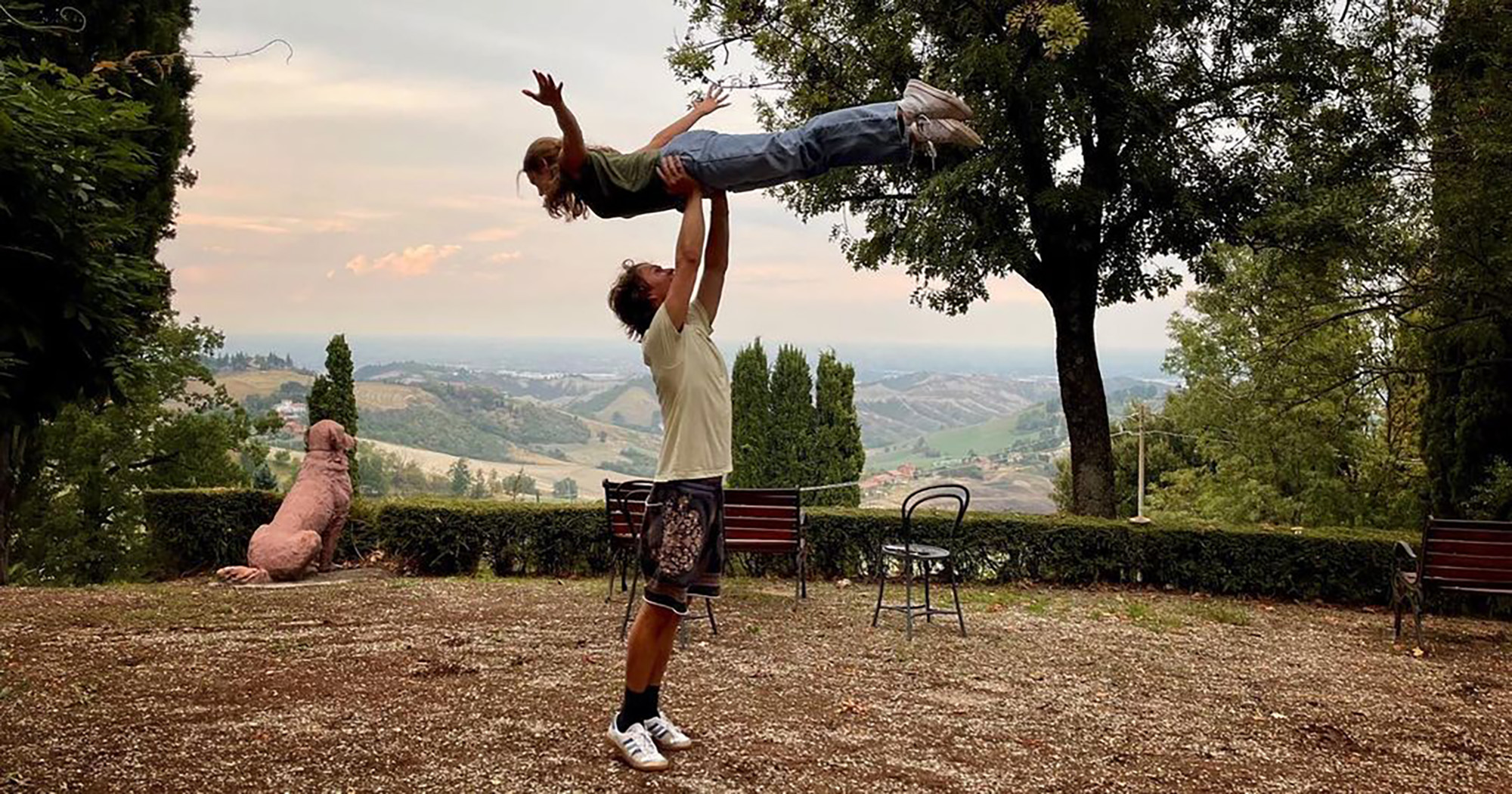 The “Baby Driver” star recently sparked speculation that he and his longtime dancer girlfriend, Violetta Komyshan, broke up after he was seen kissing a mystery woman in Italy last month. He and Komyshan have been romantically linked since they met in high school back in 2012.

Elgort shared in 2019 that he was open to exploring love outside of his relationship with Komyshan.

“I think we’ve been pretty clear that I want to feel free to fall in love with people and that [option] should be open, but sexually it can be closed off,” he told The Times.

“I’m in love with a bunch of my male friends who I’m not interested in having sex with, so why can’t I put the desire to have sex with women aside and let myself have love with women?” 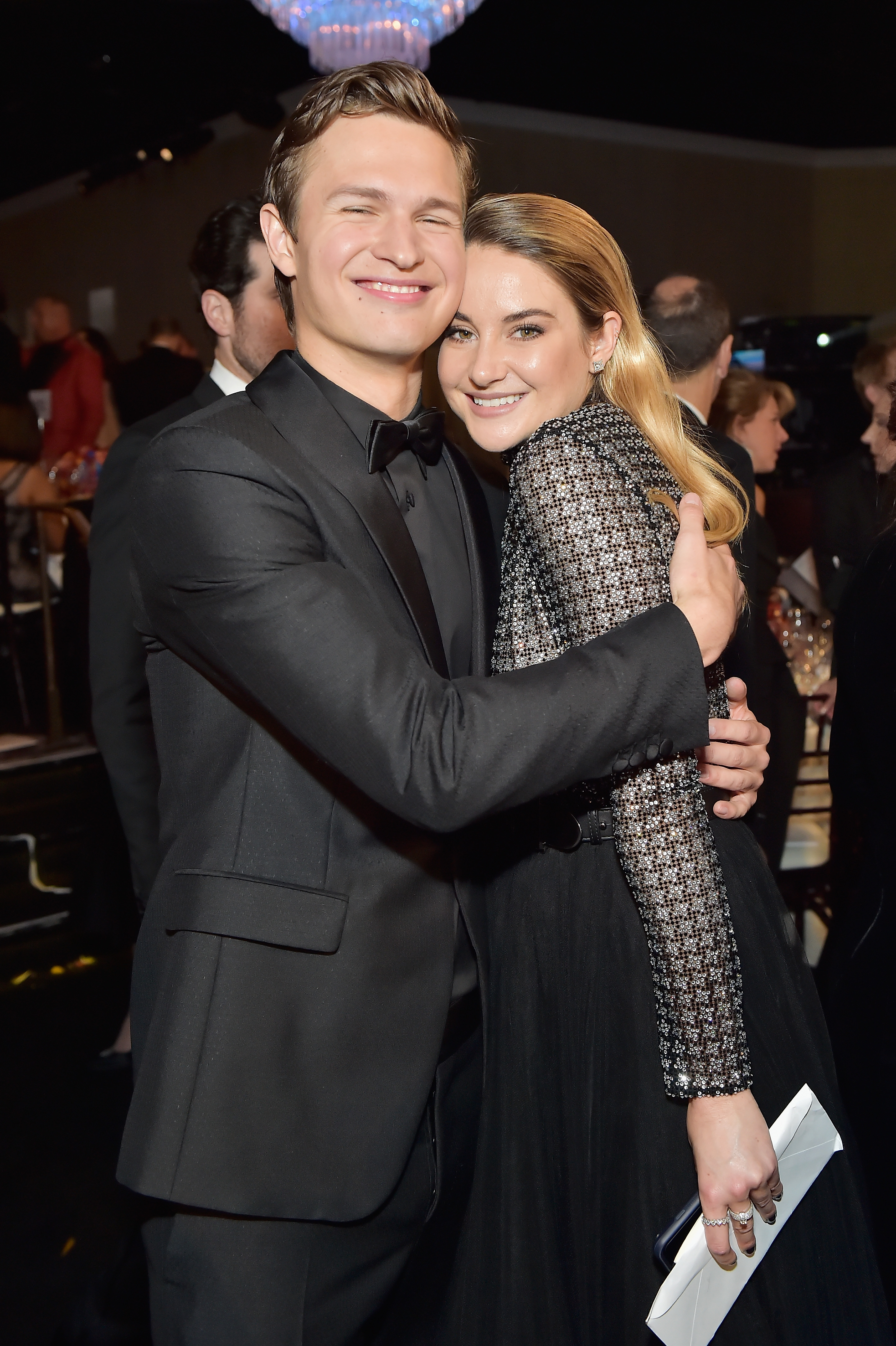 Woodley and Elgort have been close since starring together in 2014’s “The Fault in Our Stars.” 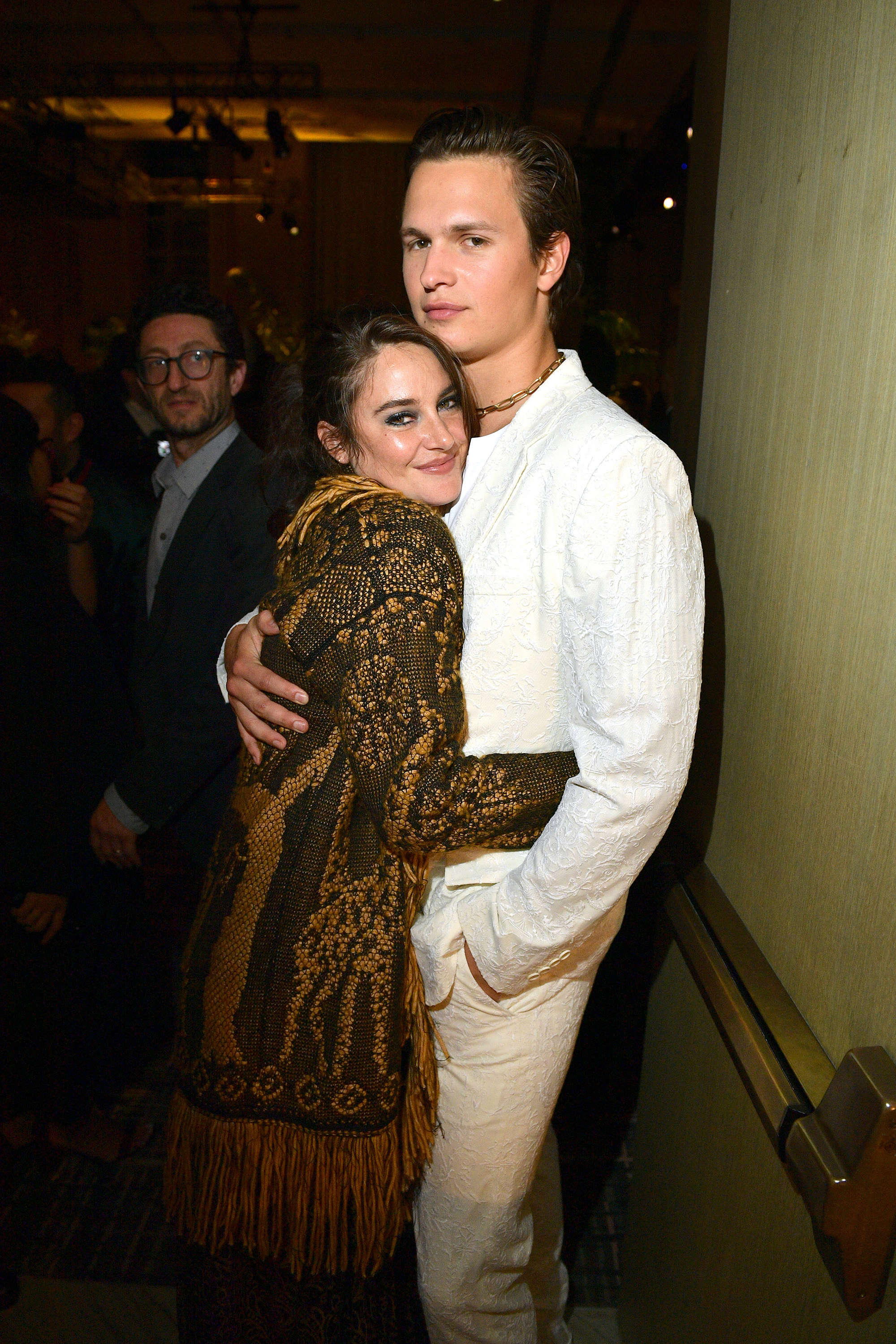 Woodley and Elgort have been close since starring together in 2014’s “The Fault in Our Stars.”

Getty Images for The Hollywood R