Born in Wallasey on the Wirral, Shirley Ballas, 61, is both a ballroom and Latin dancing champion. Since 2017, she has been head judge on BBC’s Strictly Come Dancing. She lives in London and has one son, Mark, 35. Twice divorced, her current partner is actor Danny Taylor, 48.

As a child, I watched British ballroom star Peggy Spencer’s formation team on [the BBC’s original dance show] Come Dancing and imagined myself on TV, too. In the playground I’d get my own team dancing, but other girls would bully me and say: ‘You can’t dance.’ At ten, I broke my leg, and they said: ‘You’ll never dance again, your career’s over.’

Achieving my dream was 100 per cent due to my mother teaching me hard work pays off. She’s a tough cookie. A single parent, her many jobs included leaflet-posting and bar work. She made my brother, David, and I do chores.

Our society is still male dominated. My advice to girls with dreams is to be the best you can and, when they tell you it won’t happen, don’t believe them. 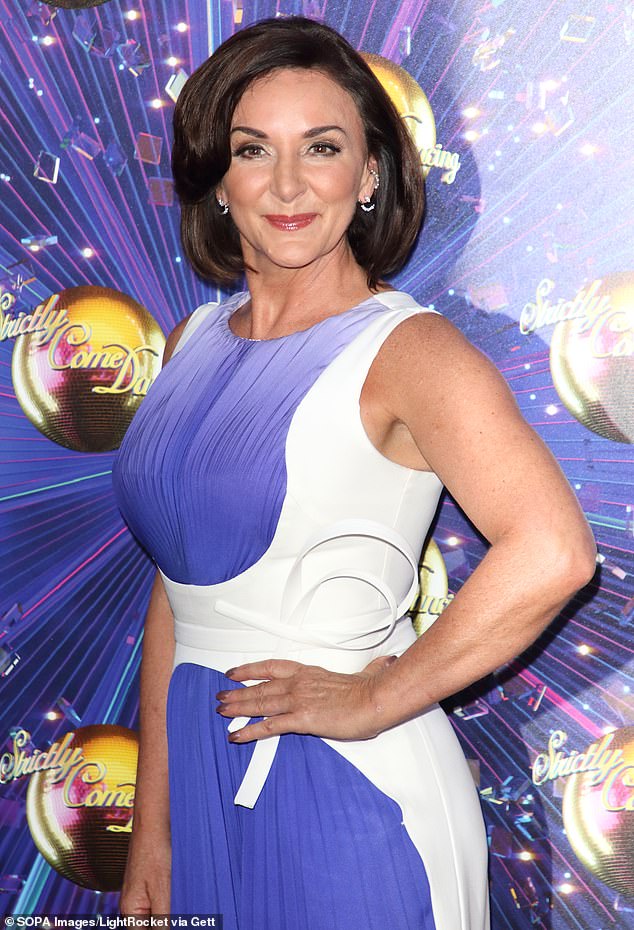 Born in Wallasey on the Wirral, Shirley Ballas, 61, is both a ballroom and Latin dancing champion. Since 2017, she has been head judge on BBC’s Strictly Come Dancing. She lives in London and has one son, Mark, 35. Twice divorced, her current partner is actor Danny Taylor, 48.

This happened to me growing up and when I left my first husband [ballroom dancer Sammy Stopford] to dance with my second husband Corky Ballas.

I never gave up and, in 1995, beat my first husband with my second, at the British Open To The World Latin American Championships!

I met Danny when we were in Jack And The Beanstalk. His 15-year relationship was ending and his ex (they have a son, ten) told him he couldn’t return home, so was living in a hotel. I took care of him and invited him for Christmas. Then suddenly I saw his dark hair and big blue eyes and thought, this is a gentle soul. I probably fell in love before him.

We’ve been together three years this December. Are we getting married? Watch this space. Though, I will say, we’ve had a look at rings . . .

I don’t think of myself as 61; I’m a woman ageing gracefully, not giving up on my dreams: I want to go on safari, jump out of a plane, take the Orient Express with my mum. I’d love to present a radio show and be on Coronation Street. I believe that, given the opportunity, I could do all this and more.

Behind The Sequins by Shirley Ballas (£7.99, Ebury) is out in paperback 16 September.