Shocking reasons why people cancelled their own weddings

More than just cold feet! People reveal the VERY scandalous reasons they called off their wedding – from a bride-to-be who discovered her husband cheated to a man who is having a baby with his sister-in-law

They say everyone gets cold feet before their big day – but some people take a little longer than others to realise they might be making the wrong decision.

And in some cases, the reasons for backing out of a wedding can be incredibly shocking.

People from around the world took to anonymous secret-sharing app Whisper  to share the reasons why they cancelled their own weddings, in some cases just days before tying the knot.

A Florida man confessed to getting his brother’s bride-to-be pregnant, resulting in the wedding being cancelled. The groom knew his fiancée had cheated, but wasn’t aware of who with – nor did he know that she was carrying his nephew.

Elsewhere, a woman stood firm when it came to changing her name, with her fiancée accusing her of ‘not being committed to him’ if she kept her maiden name. She called off the wedding after ‘refusing to be blackmailed’.

Here are FEMAIL’s top picks of cold-feet confessions from around the world: 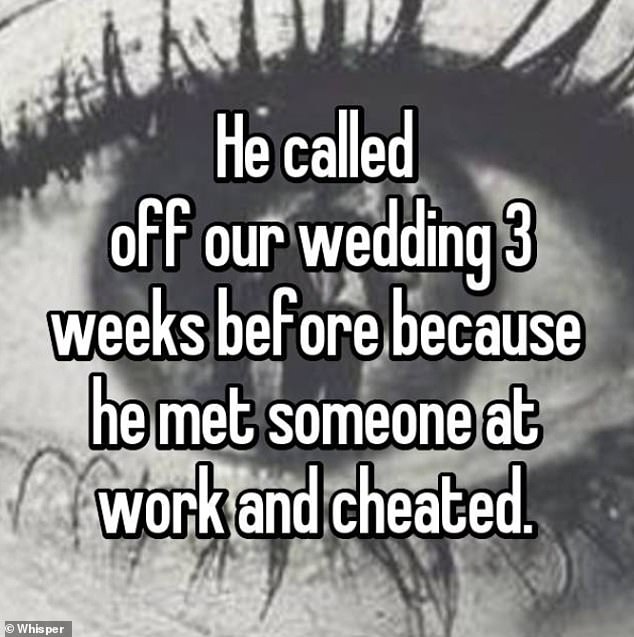 Working late? A US woman found out her husband had found himself some extra work to do at the office three weeks prior to their special day 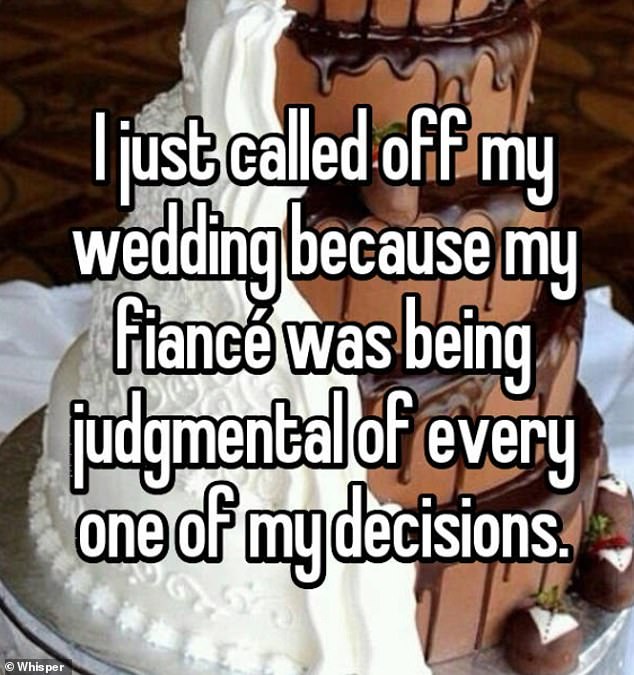 An error of judgement! A US bride-to-be saw her future husband suddenly criticizing all of her decisions before the wedding and decided to call it off 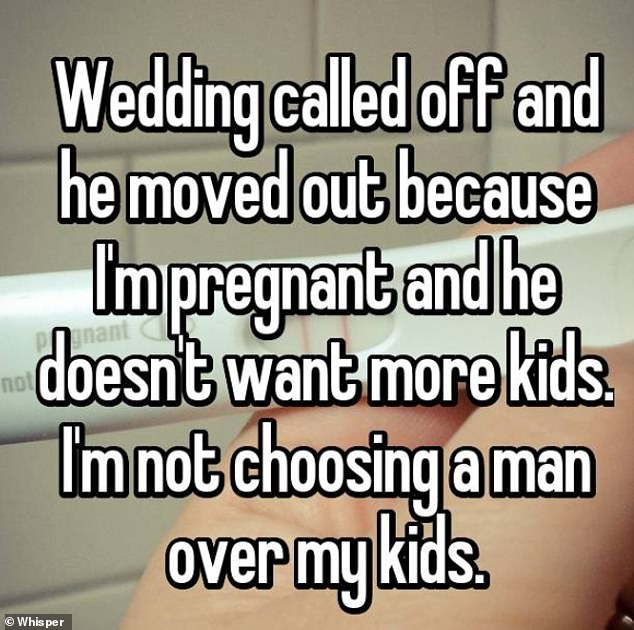 A woman from Chicago, Illinois, decided that she was better off without her fiancée when he walked out on her after discovering she was pregnant 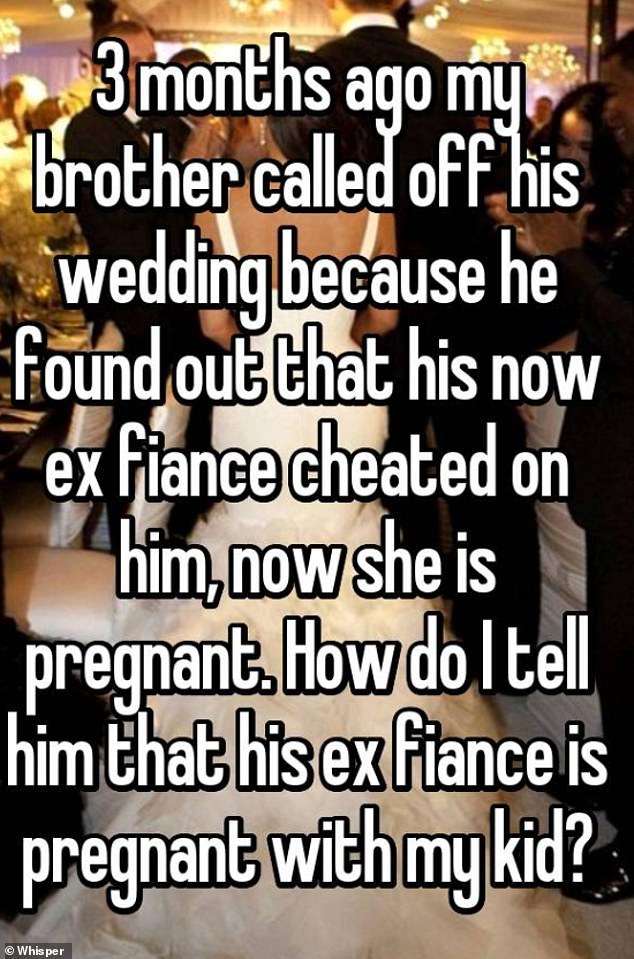 Keeping it in the family: A Florida man said his brother called off his wedding three months ago after finding out his fiancée was unfaithful and got pregnant. What he didn’t know is that she was pregnant with his nephew! 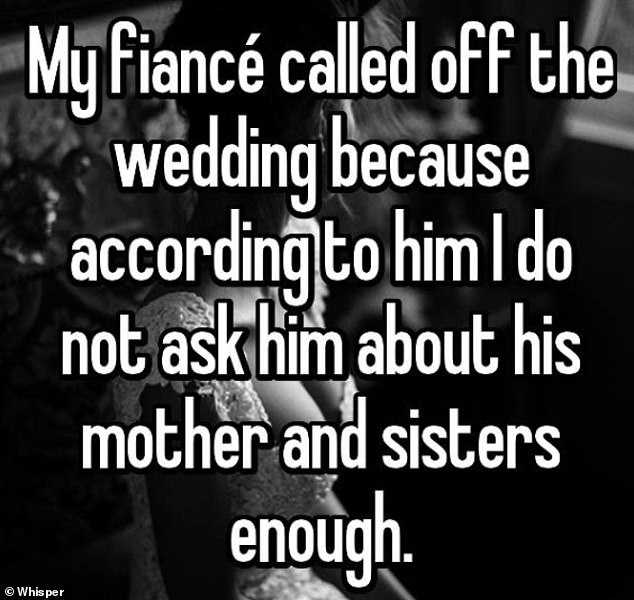 This one sounds like a very odd excuse to call of a wedding, but for this US bride, she clearly wasn’t the number one woman in her man’s life 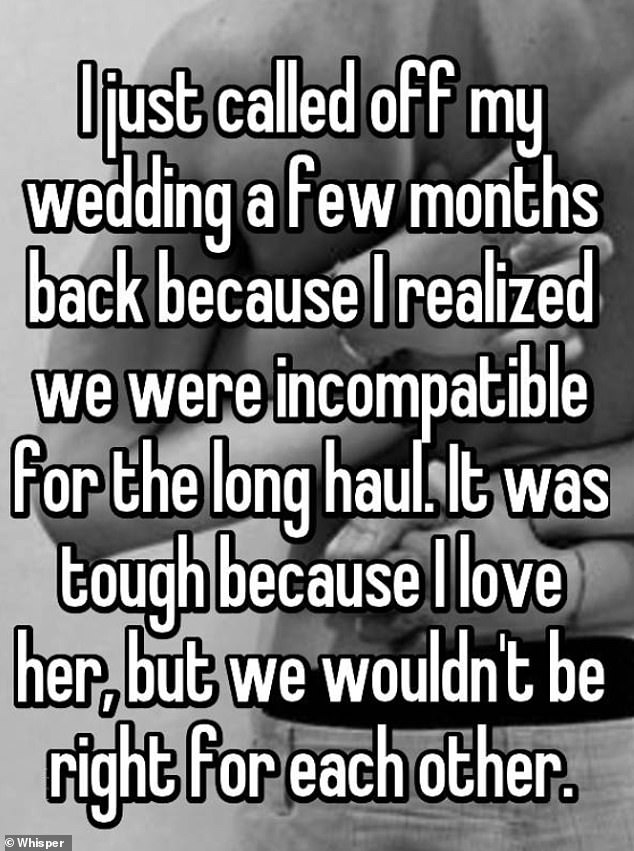 A US man called off the wedding because they ‘weren’t right’ long term – surely this is the sort of thing one thinks about before shelling out on a diamond ring?

Cutting it fine: A person from Live Oak, Florida called of the wedding just three days before because of ‘second thoughts’ – we dread to think of the amount of money wasted 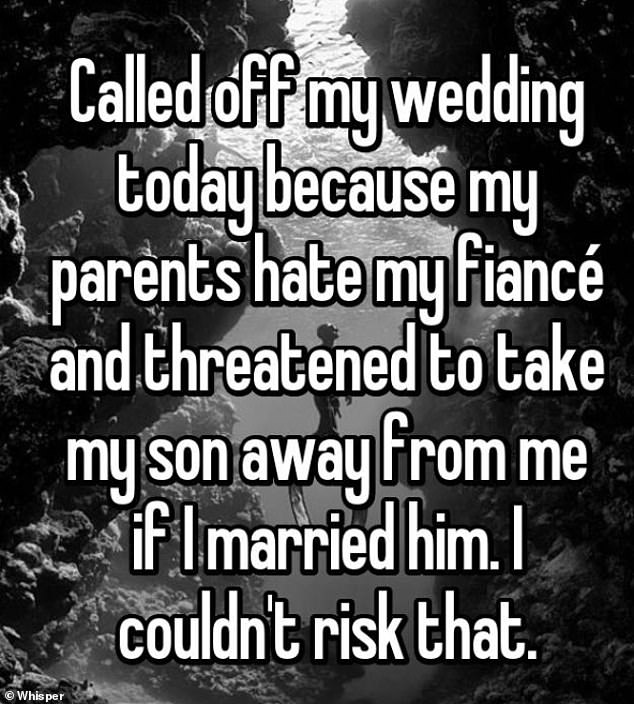 Parents that play hardball: A woman from Groton, Connecticut didn’t want to risk losing her son so she cancelled her wedding because her parents ‘hate’ her fiancée 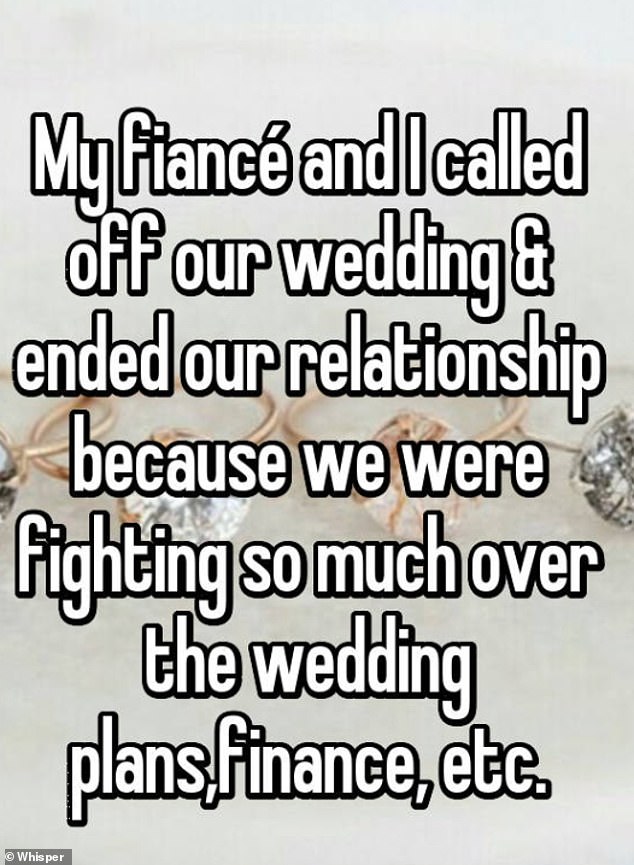 Confetti and being petty: This pair from the US couldn’t agree on anything, except that they needed to end their relationship 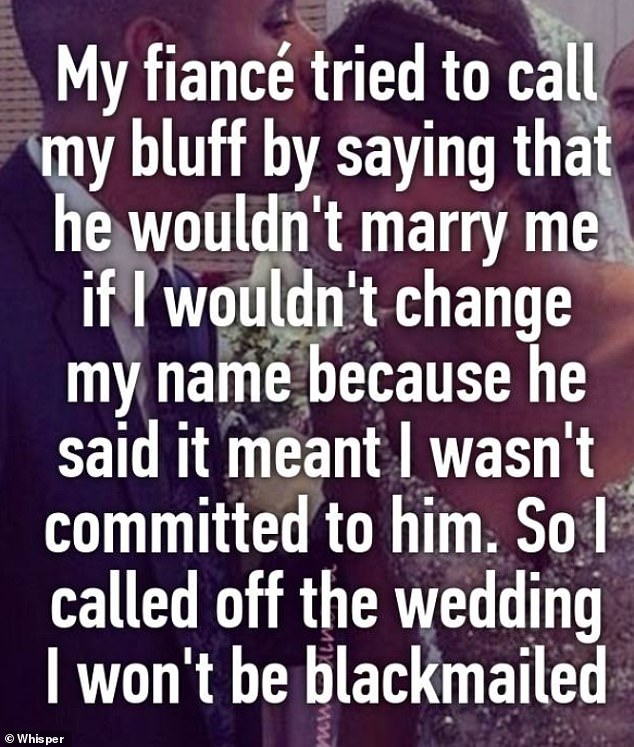 Bridal bluff: This man from the US tested his fiancée to the limit after claiming she wasn’t committed to him if she kept  her maiden name so she refused to be blackmailed and called off the wedding. 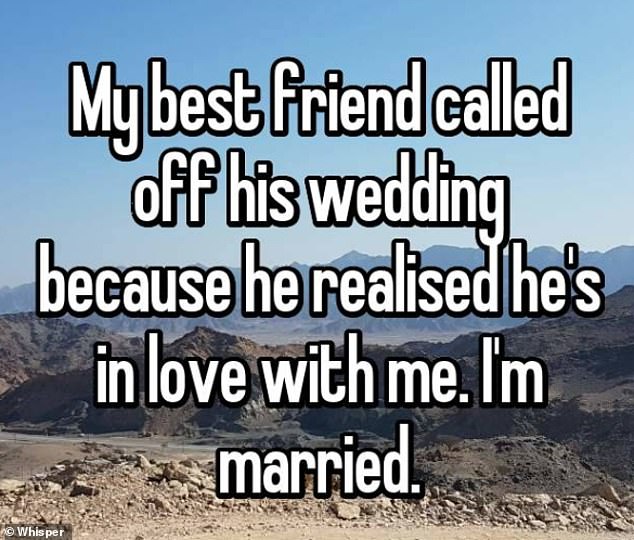 This person from the UAE couldn’t get his bestie off of his mind so he cancelled his wedding, after professing his love for someone who was already married 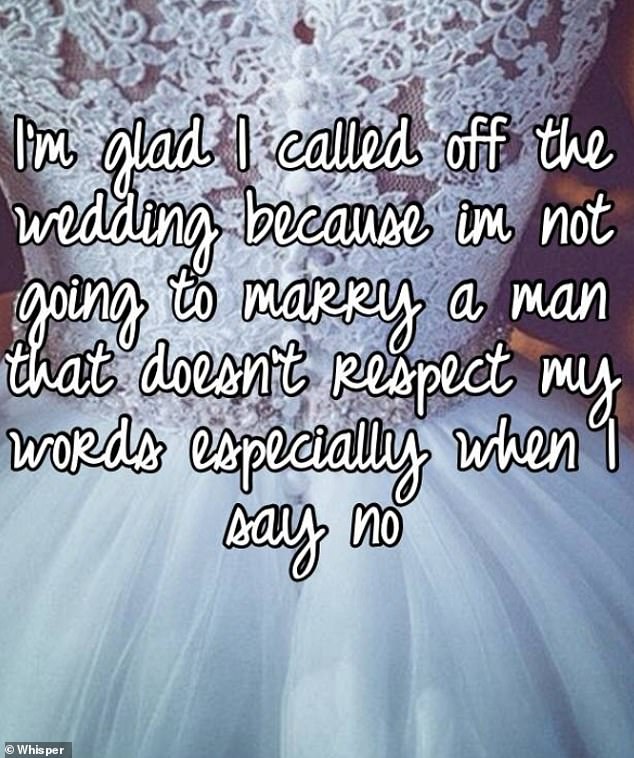 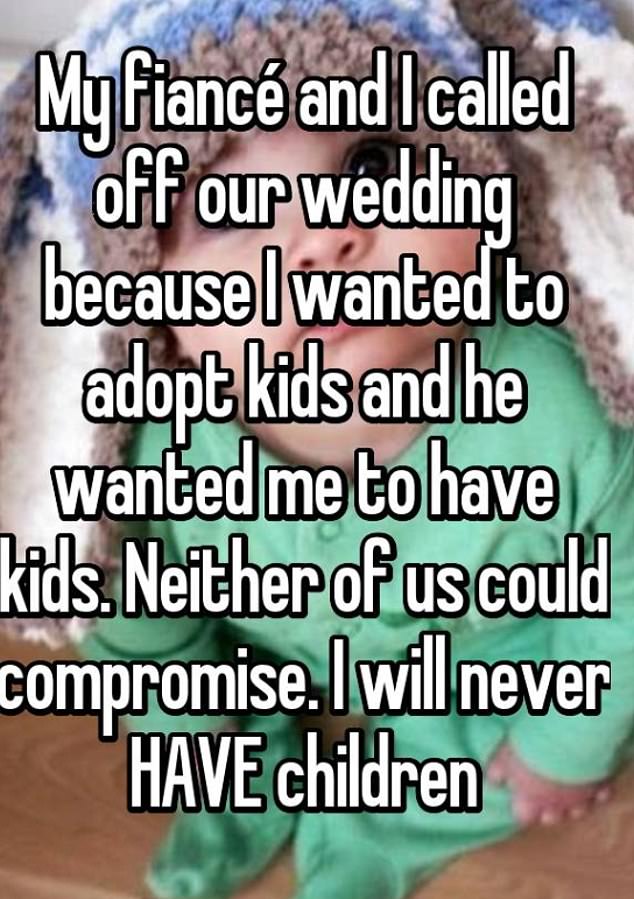 A woman from Eagleville, Pennsylvania is adamant she won’t have her own children unless they are adopted, but her husband-to-be wanted his own biological children – something they perhaps should have discussed earlier on in the relationship