Simone Biles Through the Years: Olympics, ‘DWTS’ and More

“I was like, ‘Oh, my God. This week needs to be over,’” Landi told reporters on Tuesday, August 3. “I asked [Simone] what do you need. And she said, ‘I just need some time.’ I said, ‘You call me, text me if you need anything I’ll be here. Whatever that is.’ She called her parents. She said, ‘There’s nothing I can do from over here. So I’m just going to finish my week and when I get home we’ll deal with it.’” 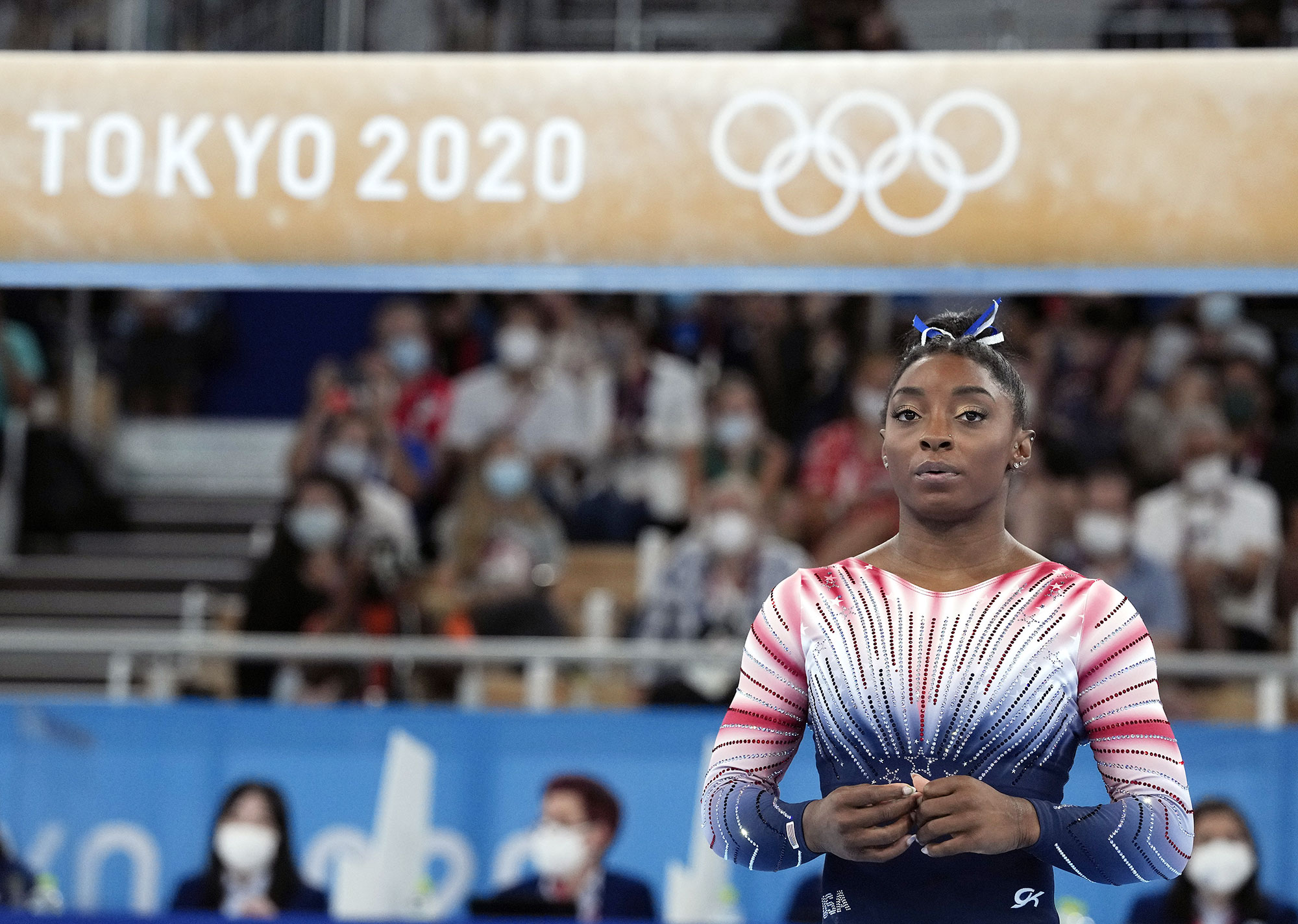 Biles’ Tokyo Olympics experience concluded on Tuesday when she won a bronze medal in the balance beam final. Her win came after she decided to withdraw from the competition midway through her team finals.

Announcing that she was dealing with mental health concerns, the gold medalist went on to withdraw from multiple other events including the individual all-around, vault, uneven bars and floor competitions.

Celebrities Support Simone Biles After She Pulls Out of Tokyo Olympics

“After that vault, I was like: ‘I’m not in the right headspace, I’m not going to lose a medal for this country and for these girls,’ because they worked way too hard for me to go out there and have them lose a medal,” Biles said during a press conference after announcing she was stepping away from the competition.

According to Landi, the Courage to Soar author had “two sessions” with Team USA’s psychologist before she was cleared to compete once again.

“We’ve had a lot of tears combined because as much as we’re happy for Team USA, in the back, it was a little heartbreaking to know that she could’ve been out there and she could’ve, hopefully, earned some medals as well,” Landi added after the Ohio native competed on the balance beam. “But, she was the best cheerleader. She wanted to be here, she wasn’t forced. That was her own will to be here and she was really proud of [her team].”

Biles announced during a separate press conference on Tuesday that she’d been in close contact with her friends and family throughout her experience.

Everything Simone Biles Has Said About Mental Health: I’m Only ‘Human’

“I was FaceTiming with my family. They had a little watch party at the house. It was my mom, my dad, my brother, my sister-in-law, my godparents,” she said. “They just wanted to say hi and stuff like that. But given the time change, they’re 14 hours behind so usually at night, I’ll FaceTime them or in the morning. Almost every day I’ve gotten to talk to them which has been nice and reassuring.”

aunt, Biles:, Died Unexpe, Simone
You may also like: