This is the time of year when poorly-selling products start appearing on shop shelves revamped with new slogans dreamt up by desperate marketing men.

Sir Keir Starmer travelled to Birmingham yesterday to give what we were promised would be a zesty, palate-pleasing speech laying out Labour’s vision for 2022. True, one could detect the odd few glugs of something new here and there. But – let’s be honest – the sum of the ingredients still amounted to the same old Starmer.

It seems that however many additives and artificial flavourings the Labour leader’s spads pump him up with, he remains as flavoursome as a week-old Cup-a-Soup.

He started jauntily enough, bounding on stage shortly after 11am, arms flung out wide, a big grin forcibly yanked across his well-moistened chops.

‘Rrrr-eally great to be here,’ he shouted, beaming like a dicky-bowed Las Vegas cabaret act. But, of course, this initial burst of energy did not last. 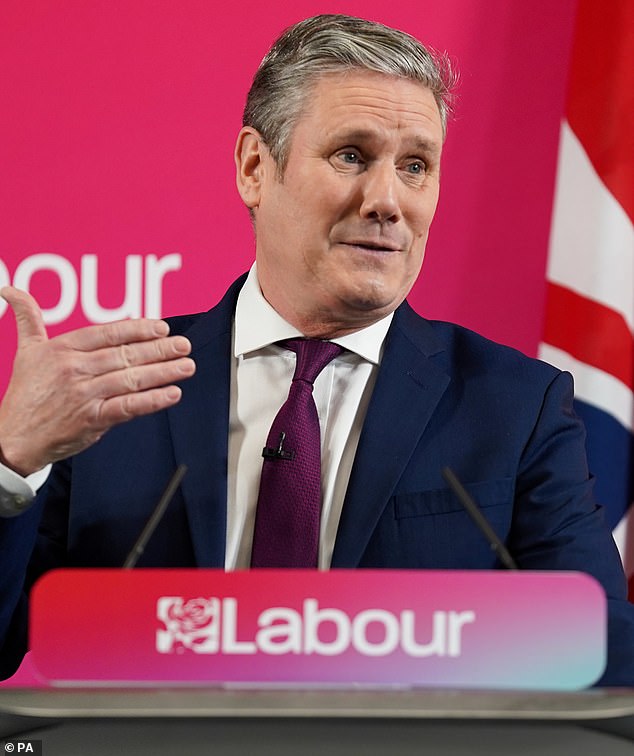 It seems that however many additives and artificial flavourings the Labour leader’s spads pump him up with, he remains as flavoursome as a week-old Cup-a-Soup, writes Henry Deedes

Soon he was honking on about ‘skills councils’ and ‘hubs of excellence’. Yawn. ‘I was once the country’s leading prosecutor,’ he told us (not for the first time). And he insisted he wanted to ‘celebrate the country we live in’ before proceeding to reel off a list of all the things which should make us miserable.

Being a lawyer, Starmer wanted to draw up a contract with the British people. Uh-oh! Shades of Ed Miliband much-mocked ‘Edstone’?

This contract would promise ‘security, prosperity and respect’, he assured us. But when repeating this botched attempt at a slogan later, he forgot the ‘respect’ bit and had to take a frantic swig of water to jog his memory.

Behind Sir Keir stood, not one but two Union flags, presumably to hammer home the point that Labour was now a ‘patriotic party’. An odd thing for an Opposition Leader to have to do, but then this was all about repackaging and a new marketing drive. He may have once served in the anti-establishment Jeremy Corbyn junta, but yesterday Sir Keir was a reborn John Bull, heaping praise on the Armed Forces, saluting the Queen, etc.

At one point, he even reminded us that it was under Labour PM Clement Attlee’s post-war Government that Nato was created, leading us to acquire our nuclear deterrent. (Anyone passing the allotments in East Finchley at this point may have been perturbed by a deep crunching noise – fret not, that’ll have just have been old Jezza grinding his dentures into a fine dust.)

He announced that issuing slogans ‘won’t cut it’, before reeling off the damn things faster than a faulty photocopier.

‘Labour,’ Sir Smartypants said, ‘is not a nationalist party but a national party.’ See what he did there? He wanted to ‘make Brexit work’.

And he wanted voters to have ‘the courage to create a New Britain’. Straight from the Blair playbook that last one.

All in all, it felt like the sort of speech designed to delight the slick, polo-necked creatives in Soho’s adland more than the midday tipplers in Old Labour heartlands. He flexed his muscles by demanding anti-vaxxers be banged up. Perhaps he should be get his old legal chums to do something about Corbyn’s crazed brother Piers?

Yes, he thought ‘Sir’ Tony Blair was fully deserving of his gong. Did he think Boris should eventually get one? Don’t be silly. Even the chap from The Guardian demanded some actual policies rather than Starmer just presenting himself to voters as the least worst option.

There was a summons for an ‘Alex from local radio’ to ask a question. No response. He’d probably found better things to do with his morning, like cleaning his tennis shoes. More likely, he’d just dozed off. 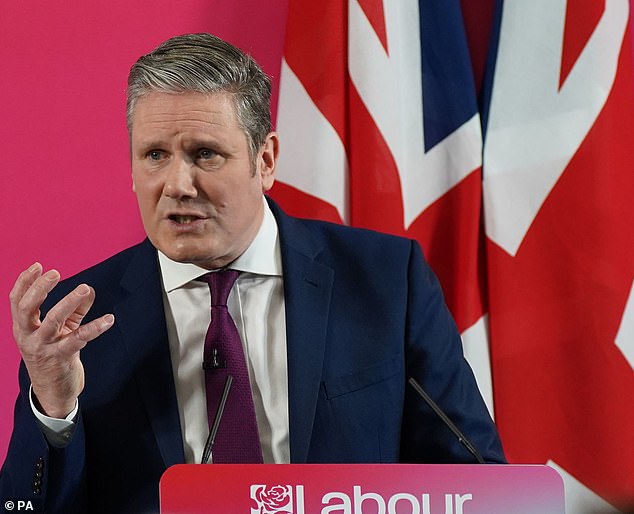 All in all, it felt like the sort of speech designed to delight the slick, polo-necked creatives in Soho’s adland more than the midday tipplers in Old Labour heartlands