‘Sky’s not going to fall in’: ANZ predicts 4.5% boost for low earners

One of the big-four banks is projecting Australia’s lowest-paid employees will receive up to a 4.5 per cent increase in their incomes this year as Labor embarks on fulfilling its promise to back a wage rise in a submission to the industrial umpire’s annual review.

The increase of between 4 and 4.5 per cent predicted in ANZ’s Australian Economic Insight report would be the largest minimum wage rise in 12 years, but would mean a real wage cut as it falls short of the current headline inflation rate of 5.1 per cent, which is forecast to rise. 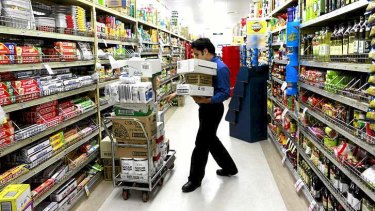 ANZ projects the national minimum wage will rise by up to 4.5 per cent this year.Credit:Jim Rice

The Fair Work Commission is currently deliberating over the annual minimum wage, which stands at $20.33 an hour, after a federal election largely fought on the rising costs of living, and in which wage growth became a key political battleground.

Employer associations are calling for a rise between 2.5 to 3 per cent, saying anything higher would risk damaging the recovery of the economy, while the union movement has called for an increase of 5.5 per cent.

ANZ senior economist Catherine Birch said the fact their projection fell in the middle of that range has “given us more confidence that it’s that sort of size increase that we’ll see” but the bank had been factoring in an increase in that range “for some time”.

“Before the latest data, before the election campaign, and before the RBA started to hike,” Birch said, referring to the Reserve Bank of Australia’s decision to raise the cash rate from 0.1 to 0.35 per cent during the election, a move said to have factored into the Coalition’s election defeat.

“The sky is not going to fall in,” Birch said of the business community’s cautioning against a higher increase, adding the bank believed the commission would recognise the need for the low-paid to catch up after two small increases in the past two years of the pandemic.

“A key argument used against larger rises in those reviews was the risk that it would result in lower labour demand and a slower employment recovery, but with 423,000 job vacancies currently, that is not an issue,” the report said.

“The stronger economic position and tightness in the labour market are further reasons for a larger increase.”

The Australian Chamber of Commerce and Industry, which has called for a wage increase of 3 per cent, told the commission a rise would not just affect those on the minimum wage and the 2.6 million workers on awards linked to the minimum wage, but would create an expectation throughout the workforce.

Labor promised to make a submission to the industrial umpire’s annual minimum wage review after Anthony Albanese said he “absolutely” supported an increase to meet the headline inflation rate of 5.1 per cent during the election campaign.

“Of course, consistent with the public statements that we’ve made before, we intend to make a submission to the Fair Work process. That Fair Work process has already begun,” Chalmers told a press conference at Parliament House on Wednesday.

“I don’t think anybody in Australia, certainly no one at the Fair Work Commission, is under any doubt about our position, and that is that people on the lowest wages in Australia deserve a decent pay rise which recognises the skyrocketing costs of living.”