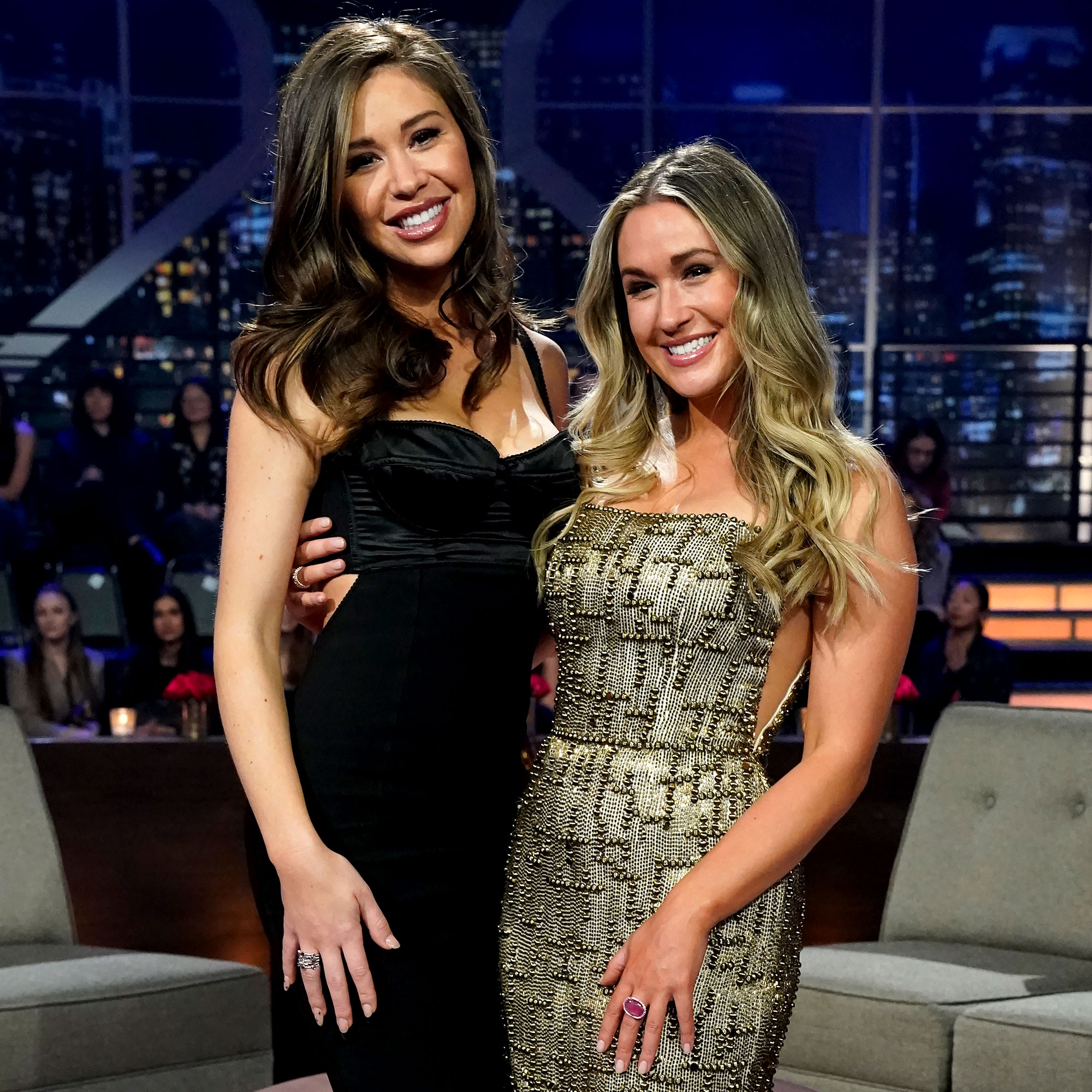 On the road to love. Rachel Recchia and Gabby Windey paid homage to Mean Girls in the first teaser for season 19 of The Bachelorette.

Gabby Windey and Rachel Recchia’s Season 19 of ‘The Bachelorette’: Everything We Know

“Get in loser, we’re going shopping!” the pilot, 26, says while sitting in the driver’s seat of a convertible a la Regina George. In response, Gabby, 31, clarifies that they’re looking “for a husband” on their upcoming journey.

The pair, who were runners-up on Clayton Echard‘s season of The Bachelor, are the first joint Bachelorettes in the history of the franchise. In 2015, both Kaitlyn Bristowe and Britt Nilsson were chosen as potential leading ladies. The men then had to vote on which woman they wanted to pursue. The “Off the Vine” podcast host, 36, won and became the sole lead for season 11.

Clare! Arie! Nick! All the Times ‘The Bachelor’ Shocked Fans With Its Lead

This time, however, Gabby and Rachel will be by each other’s side as they embark on their Bachelorette journey. “Two Best Friends. One Incredible Journey,” the teaser declares via text. Both women — wearing matching rose petal-printed dresses — also get to take a turn in the passenger seat as they head off together. In addition, Producers gave a nod to their two stars on the poster as well, changing the name of the show to The Bachelorettes for this season, per Entertainment Weekly.

Host Jesse Palmer announced during the After the Final Rose special in March that the duo had been chosen for the role. “I am so happy for her. I truly am!” Rachel said at the time. “It’s crazy. This is insane and I’m excited to do this journey with you. We did it once together. We’ve been through the most crazy experience together.”

Gabby also shared her excitement: “I’m a girl’s girl through and through, so having a friend by my side is the best thing I could ask for.”

Though it’s still unclear how the Bachelorette process will work with two leads, the ICU nurse promised that she and Rachel would support one another, no matter what twists and turns come their way. “Everyone keeps asking,” Gabby said during a March interview on Good Morning America. “We just got thrown in. But I have faith and a lot of trust and I love Rachel to death and I know we’re gonna have each other’s backs the whole way, so there’s really not a doubt in my mind that it’s gonna end up well.”

“It’s actually insane the things me and Gabby have been through [on the show],” Rachel added. “We always knew that we had a bond forever and to get to do this together, now [she’s] never going to be able to get rid of me!”

BBachelor Nation Stars Who Found Best Friends on the Shows

Palmer, 43, gushed over the twosome after the news broke. “With every ending, comes a new beginning,” he wrote via Instagram at the time. “So excited for @gabby.windey and @pilot.rachel our new BACHELORETTES!!! 🌹🌹 Both are STRONG, SMART, AMAZING and equally DESERVING!!! Can’t wait to join them on their journey to find LOVE!!!”

Season 19 of The Bachelorette premieres on ABC Monday, July 11.