Social media users reveal why they're ready to live alone

It’s not always good to share! People reveal their housemates’ most inconsiderate moments – including BITING into the butter

Most people have spent more time than ever at home over the past year, and for some, living with their loved ones has been a frustrating experience.

From a person who takes bites out of the butter to a housemate who treats the living room like his second bedroom, social media users shared snaps of the most annoying moments from those they live with to a gallery on Bored Panda.

Among the posts is a husband who shared a photograph of a dishwasher overflowing with cups and plastic containers, as he vented about his wife’s packing skills.

Elsewhere, a wife accused her husband of being ‘technologically challenged’ after he ripped the side of a juice box instead of using the lid. 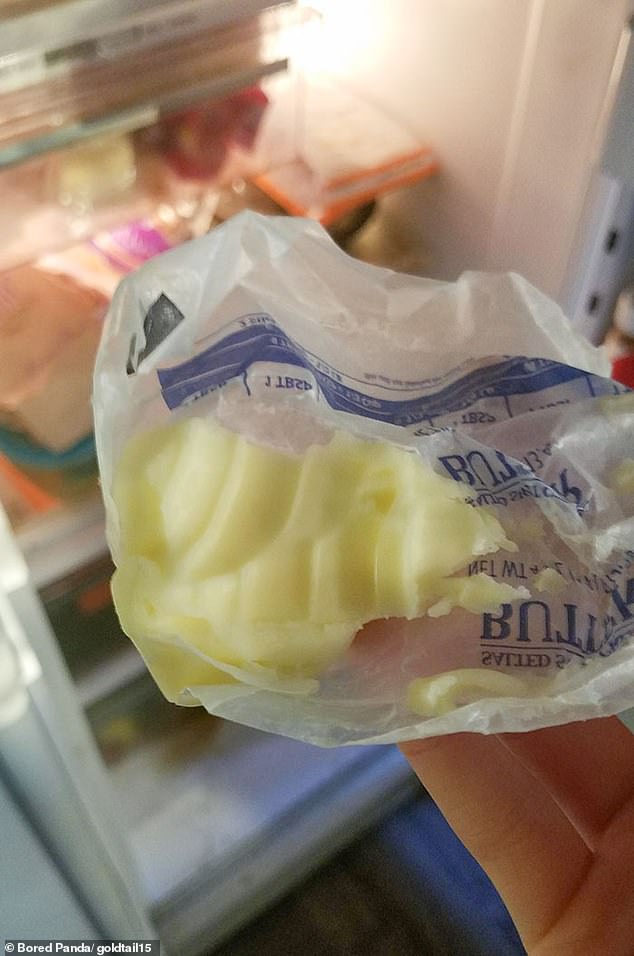 Hygiene isn’t a priority! One person contributed a photograph of their chaotic living room, revealing their housemate has been treating the space like it’s his bedroom 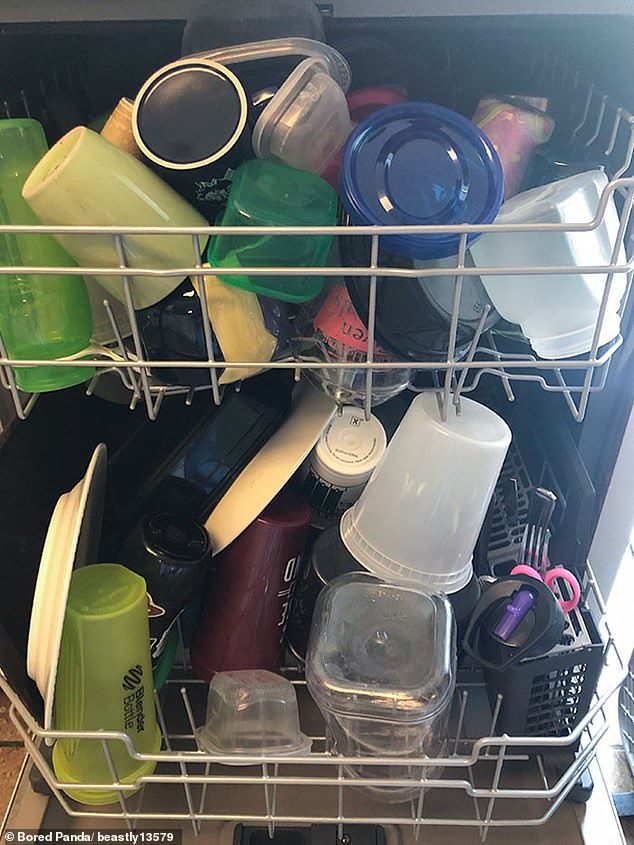 A husband mocked his wife’s ability to pack the dishwasher with a photograph showing plates, cups and plastic containers squashed together 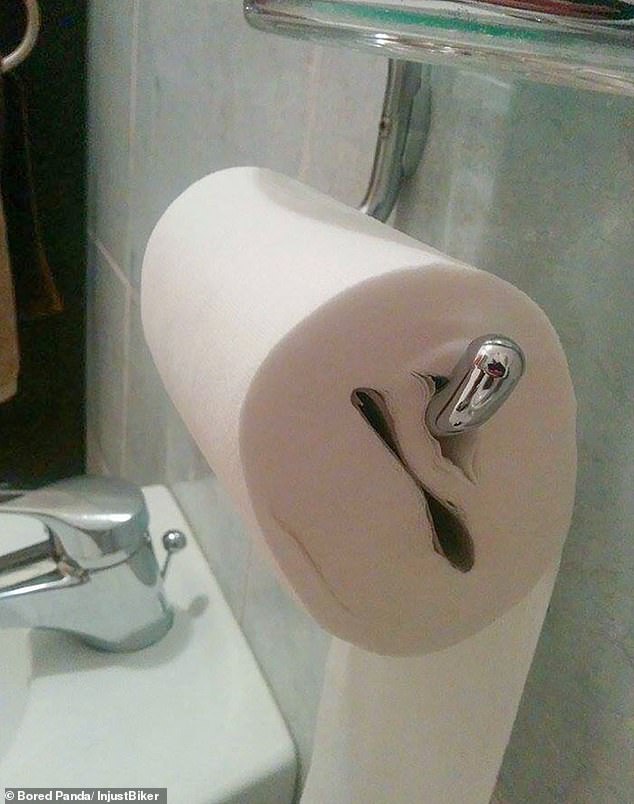 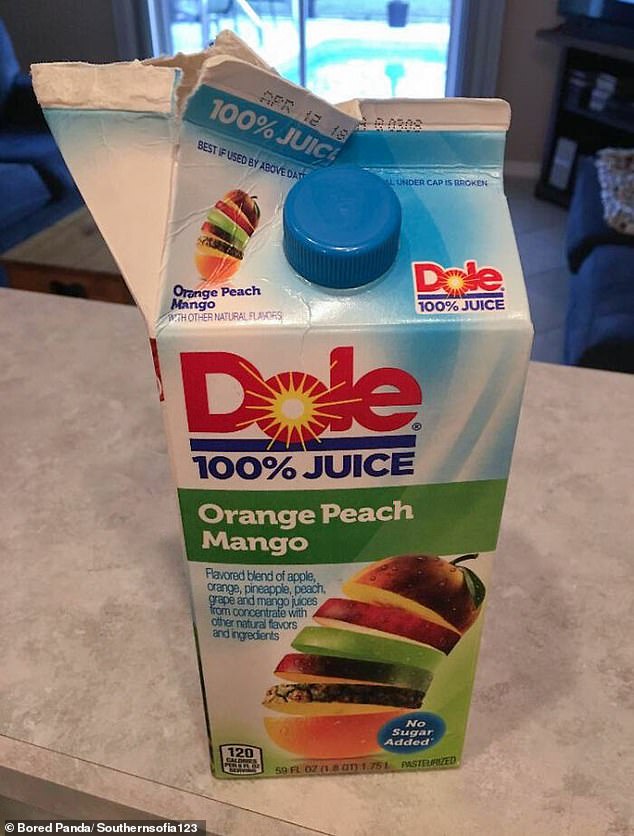 Must be too thirsty! A woman described her husband as ‘technologically challenged’ after he chose to rip the side of a juice box instead of using the lid 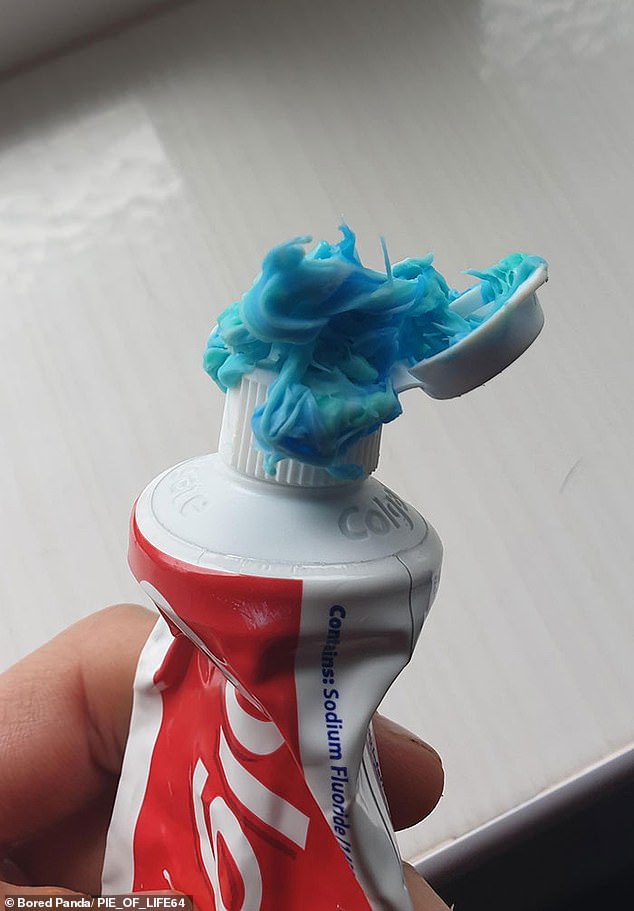 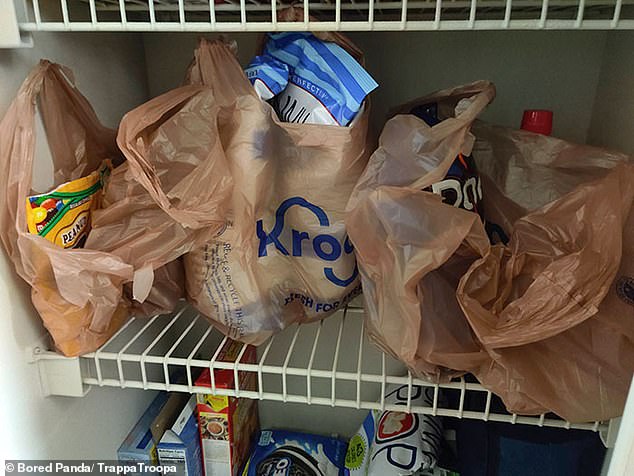 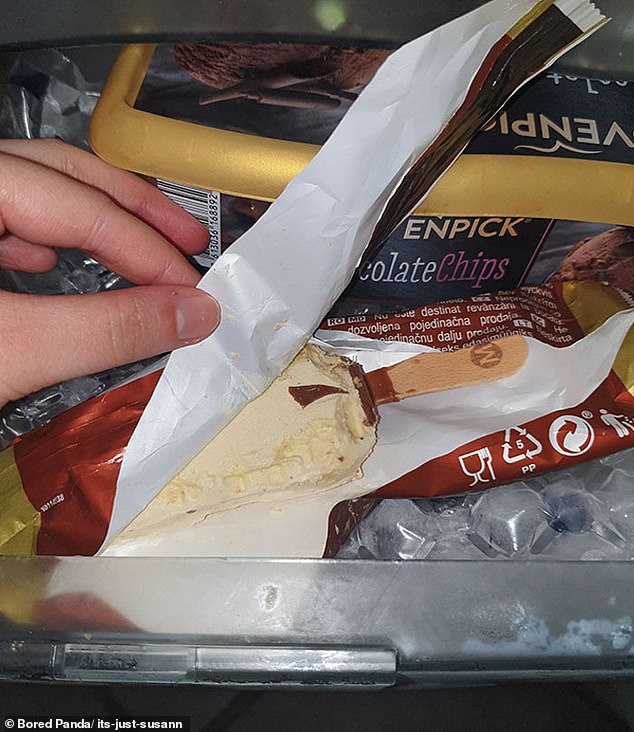 Sharing is caring! A social media user revealed her mother has a habit of putting ice-creams back in the freezer after eating the chocolate 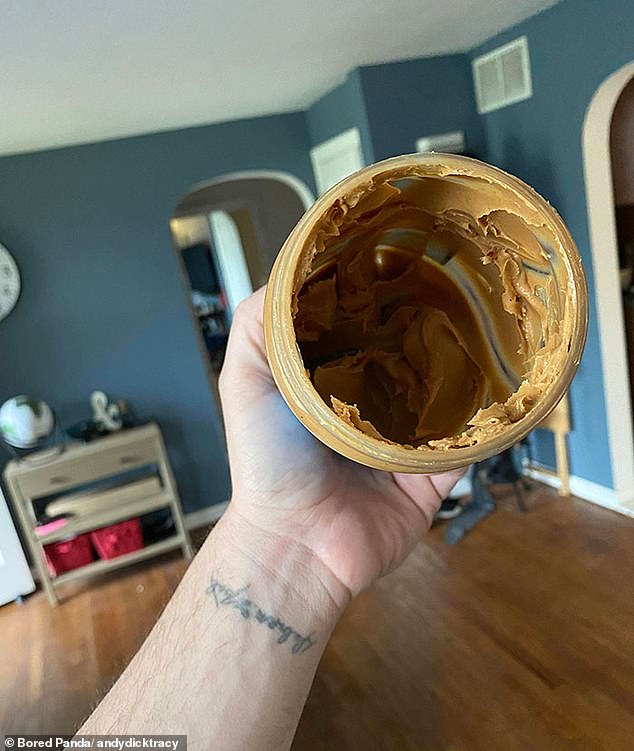 One man blasted his wife for wasting food, as he contributed a photograph of a jar of peanut butter that she had put in the bin 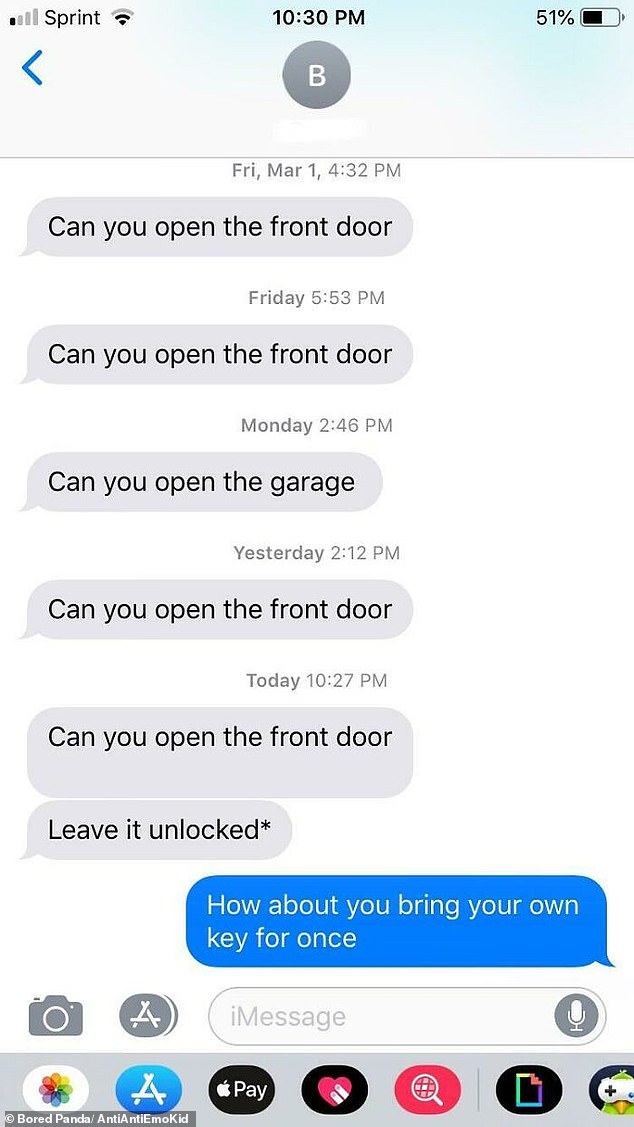 Another individual shared a screenshot of the interaction with their brother, revealing he only texts when he needs to be let inside 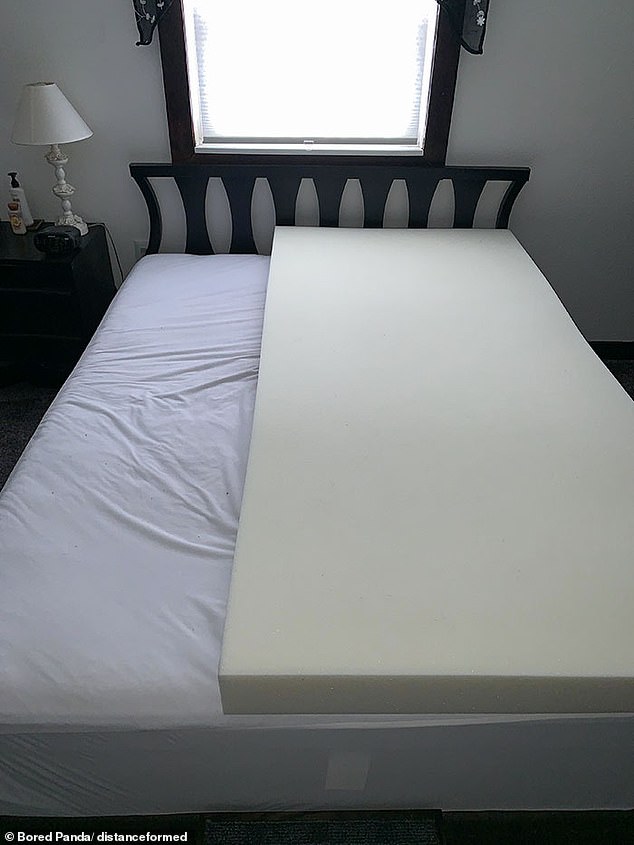 Home comforts! A woman revealed her husband has bought memory foam for just his side of their bed 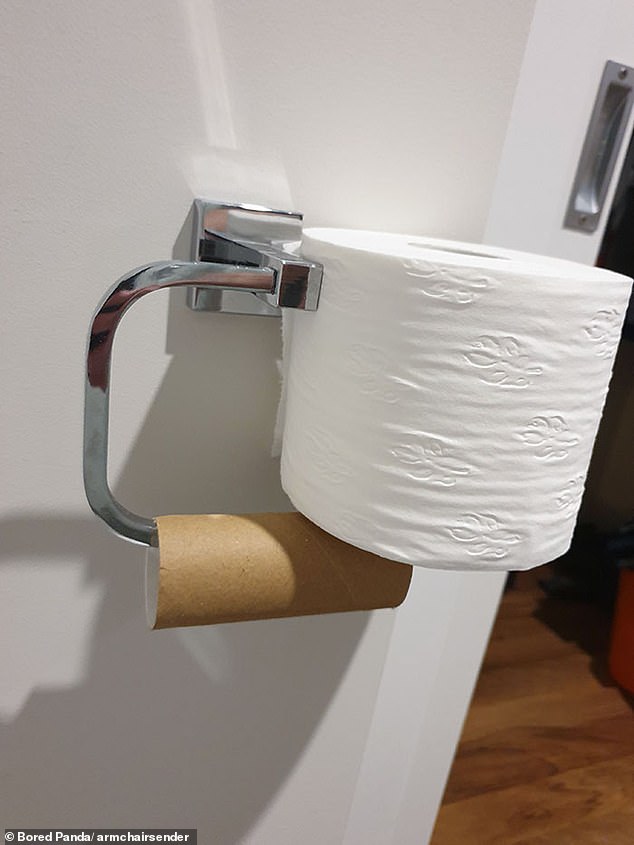 media, reveal, social, users, Why
You may also like: