“Our families know each other and I know that’s just bulls–t, like, literally bulls–t,” Kathryn, 31, exclusively told Us Weekly at BravoCon on Saturday, October 15, when asked about the Madison’s claim that Olivia Flowers once slept with the former politician, 60. “[I think] it was projection because actually a few years back, Patricia was trying to hook her up with Thomas. I don’t know what happened there, but she was literally, like, projecting [onto Olivia] and I think I might have been the only one that knew [about] that.”

Her revelation caught Olivia, 30, off guard, who confessed, “That was news to me.”

The California native also brushed off the 32-year-old hairstylist’s accusations. “I genuinely just think she was [just] saying something because she doesn’t know me at all,” Olivia told Us. “So, I think she just had to, like, find something [to attack me with]. Thomas is a family friend. That’s how I met Kathryn.”

‘Southern Charm’ Cast: A Complete Guide to Who Has Dated Each Other

Madison first alleged that Olivia slept with Kathryn’s ex-boyfriend during part one of Southern Charm‘s season 8 reunion, which aired on October 6. “No, he’s like a family friend,” the photographer said at the time, before firing back, “Sorry, where did that come from? Did you just pull that out of your fake ass?” 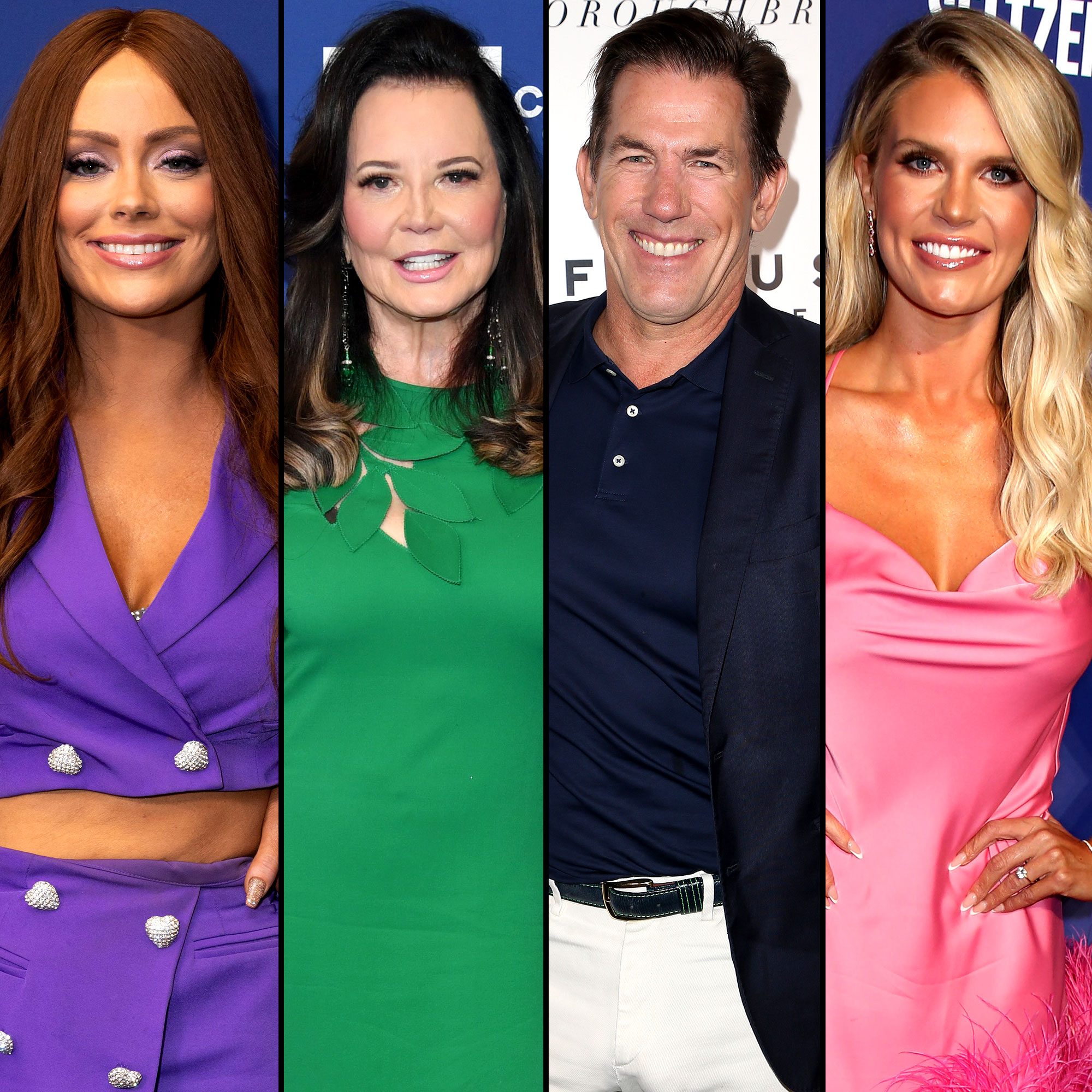 However, Olivia told Us on Friday that she and Madison had buried the hatchet in the weeks following the reunion. “You know what, I held my tongue for a long time and I told her last night, ‘Madison, you talk so much trash and you’re so petty, you can handle a little Instagram jab. Like, let’s move on,’” she explained. “And I had a lot Sauvignon blanc and I said what I said. … We laughed and cheers’ed and things [between us are] fine. They’re fine.”

Things are still tense, however, between Kathryn and her ex-boyfriend Chleb Ravenell. “I genuinely do regret … several things about [our relationship],” she admitted. “Maybe not the whole relationship, but parts of it.” The reality TV personality also claimed that it was the “things that happened” after their breakup that really upset her.

“Like, he owes me thousands of dollars. That’s kind of where my head space is,” Kathryn claimed. “And so yeah, he kind of screwed me over.”

She and the former college athlete first sparked romance rumors in July 2020 and made their relationship public three months later. Despite moving in together in April 2021, Us confirmed that the twosome called it quits in November of that year. “She broke up with him and they are no longer living together,” a source exclusively told Us at the time. “There is no bad ill-will between them.”

The insider added that while Kathryn wanted to “get married again and have more kids,” Chleb wasn’t on the same page. “Her future husband would have to be this amazing stepfather to her children and be someone who would make a serious commitment to her, and [Chleb] just wasn’t that,” the source explained. “They weren’t meant to be and even friends of hers picked up on it. She has so much love in her life as is with her little kiddos.”

Chleb, for his part, claimed that he and Kathryn actually split because he felt “unappreciated” by his then-girlfriend. “I didn’t feel like whatever I had to do mattered too much to her because of what all she was going through,” he told Us exclusively in July. “She didn’t have the head space to really think about what the hell I was going through, and I can’t really fault her for that, but I mean … it just came to a point where we just had to just break it off.”

He continued: “Every time we would film, it’d just be an argument. … It was getting petty. So we were just like, ‘You know what? We should just break this off.”

Southern Charm’s Kathryn Dennis and Chleb Ravenell: The Way They Were

Nearly one year after their breakup, Kathryn revealed that while she is dating, her main focus is on her children. “I am focusing on being the best parent I can be and focusing on the positive things in my relationship with my children,” she explained to Us on Friday. “You know, they are my life. I gave them life, but really they gave me mine and that’s my focus.”