STEPHEN GLOVER: Academics and students are terrified of orthodoxies

STEPHEN GLOVER: Academics and students are terrified of challenging the new political orthodoxies… The fanatics have brought a dark age of intolerance to Britain’s campuses

Universities used to be places where open-mindedness and free speech were taken for granted.

Although the hard-Left sometimes attempted to silence its opponents, it usually remained a peripheral threat.

Now we inhabit a new dark age of intolerance in which academics and students are terrified of challenging the new political orthodoxies for fear of being ‘cancelled’ or ‘de-platformed’ if they do.

The latest example of this brutal shutting down of debate came on Tuesday evening when a mob hounded Tzipi Hotovely, the Israeli ambassador to the UK, who had just given a talk at the London School of Economics (LSE).

A hard-Left group called LSE Class War took credit for the chaos. Its members called for students to ‘smash her car window’ and ‘storm the building’.

Ms Hotovely was rushed by her bodyguards to her diplomatic car, which raced away after protesters had screamed at the unfortunate woman and tried to seize hold of her. LSE Class War wants to ban private school students from universities. It would like to eradicate the free market economist, and erstwhile LSE professor, Friedrich Hayek from the curriculum.

On Tuesday it drew support from militant Palestinians.

Tzipi Hotovely is by her own account ‘a religious Right-winger’, and within Israel would be regarded by many as politically extreme.

But she represents the Middle East’s only democracy, which is a friend of Britain.

Even if this were not so — even if she came from a much nastier regime than Israel’s — I would deplore what happened outside the LSE. Terrorising a speaker who has attended a university meeting is an affront to liberal values.

Alas, in many universities persecution of opponents is normal. Kathleen Stock recently resigned as a professor of philosophy at Sussex University after daring to suggest that a person’s sex is an immutable biological fact.

Professor Stock (who is no bigot, and has supported transgender people) had to endure a protest by student activists, which included anonymous graffiti and posters demanding her dismissal.

Her hard-Left trade union virtually disowned her, and the police advised her to hire bodyguards and install CCTV at her home.

She has just announced that she is joining a new university in Austin, Texas, which is committed to encouraging students to see ‘open inquiry as a lifetime activity that demands of them a brave, sometimes discomfiting, search for enduring truths’.

I hope it succeeds.

As I say, the hard-Left has long tried to demonise its opponents.

When I was at university in the early 1970s, radical students occupied the examination schools for three weeks, and prevented a visiting Tory minister from addressing undergraduates.

Yet I am sure my friends and I didn’t feel intimidated by these militants in the slightest.

We read whichever books we wanted to, and explored the ideas that interested us, without any sense of fear.

What has changed, it seems to me, is that the intolerant attitudes of the hard-Left have become much more pervasive. They are shared by many more students, as well as by numerous academics, who are now overwhelmingly Left-wing, and sometimes coercive.

Examples abound. For me, the most depressing aspect of the campaign to remove the small statue of the colonialist Cecil Rhodes from Oriel College, Oxford, was the reaction of politically hidebound dons.

After Oriel declined to remove the statue in June, Professor Kate Tunstall, then the interim Provost of Worcester College, called on lecturers and professors throughout the university to refuse to teach any students from Oriel.

So undergraduates who had nothing to do with the spat over Rhodes were penalised purely on account of their association with Oriel. How spiteful and narrow-minded is that?

Another instance of donnish intolerance came when Oxford professor Nigel Biggar set up a five-year project about the ethics of colonialism.

More than 170 academics, all of whom evidently believe that the British Empire was utterly wicked, signed an open letter demanding that the university abandon the project.

I don’t suggest that the majority of academics are ideological bullies. Such people probably constitute a minority, though a noisy and threatening one that has the effect of silencing the cowed majority.

It’s hardly surprising that undergraduates should employ similar tactics. On Monday, Keir Bradwell, student president of the Cambridge Union debating society, emailed members to inform them that he was setting up a blacklist of speakers, which will be shared with other university unions.

Prominent on this blacklist will be art historian Andrew Graham-Dixon, the most liberal and refined of men.

His ‘crime’ was to offend some students with a Nazi impersonation last week. Oddly, a liberal academic in the amusing Netflix series The Chair is targeted by students for doing exactly the same thing.

Unbelievably, Mr Bradwell describes himself as a conservative. What kind of conservative boasts about creating a blacklist of people whose views are deemed to be unacceptable?

John Cleese — who memorably impersonated a Nazi as the idiotic Basil Fawlty in the BBC series Fawlty Towers — has withdrawn from a talk at the Cambridge Union, suggesting that students who want to hear from him ‘find a venue where woke rules do not apply’.

What a grim, monochrome future is promised by these proscriptive dons and killjoy undergraduates with their bans and their blacklists.

How hard it must be for students to think freely and speak openly in such a world. 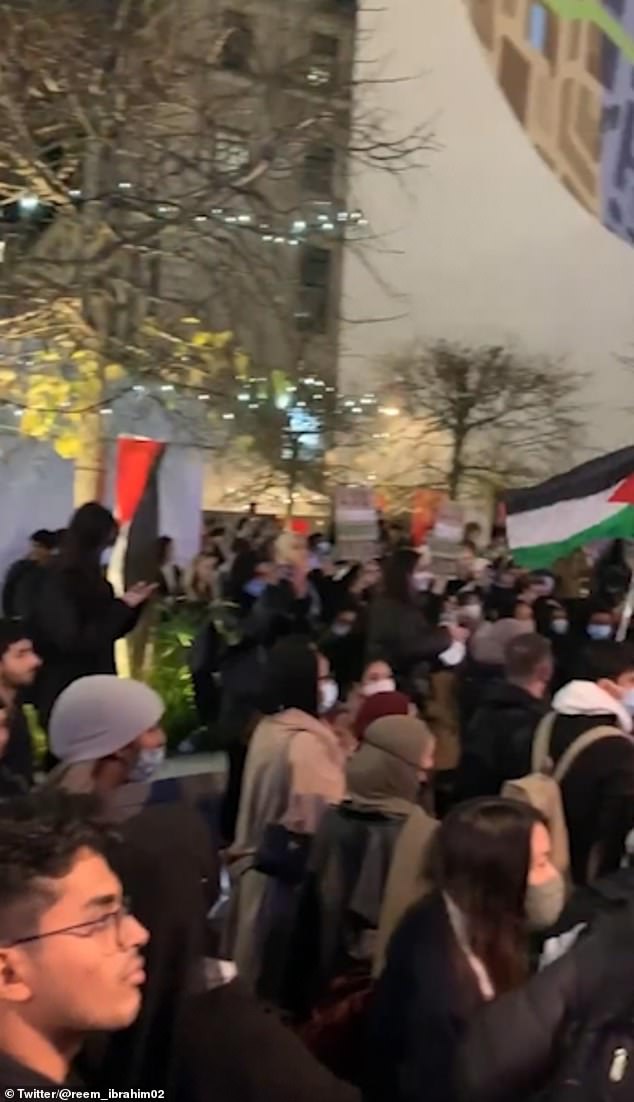 What should be done? I asked myself this question earlier this week when it was reported that two Oxford colleges, and the university itself, had accepted a £12 million bequest from the Mosley family trust.

Sir Oswald Mosley was, of course, an anti-Semitic rabble-rouser before World War II.

I agree with Oxford’s Professor Lawrence Goldman, who says his university has lost its moral compass in accepting the gift.

Max Mosley had never apologised for supporting his father’s movement, which made the donations ‘tainted and dirty money’.

But where were the complaints from academics so exercised about long-dead Cecil Rhodes?

Why no criticisms from woke students? Does the absence of concern bespeak a buried anti-Semitism?

These are indeed strange culture wars when the considered reflections of an academic about gender and sex precipitate enraged protests while a huge gift from a family associated with anti-Semitism barely ruffles a hair.

To return to the main point: I’d like to believe that the silent, intimidated majority will fight back, and reclaim our universities as places of open debate and the unfettered exchange of ideas.

But I can’t honestly say I think it will.

Universities are largely funded by public money through the fee system.

The Government has a right, as well as a duty, to see that these institutions are not dominated by intolerant extremists.

Its recently published bill to safeguard academic freedoms is only a modest measure.

The sad truth is that bigots and fanatics are in the ascendancy. Look at LSE Class War and the Israeli ambassador.

The precious ideal of the university as a forum where ideas can be freely exchanged is under threat as never before.