His one true pairing. For Brett Gelman, playing Murray Bauman on Netflix’s Stranger Things has helped him see the appeal between Joyce Byers (Winona Ryder) and Jim Hopper (David Harbour) throughout the seasons.

Fingers Crossed! TV Couples We Need to See Together in 2022

“Absolutely. I definitely ship it. They love each other. That is all that matters,” Gelman, 45, exclusively told Us Weekly ahead of the show’s season 4 premiere. “When you meet single people and they are putting together a criteria of what you want, I am like, ‘You are wasting your time and you are stressing yourself out for nothing.’” 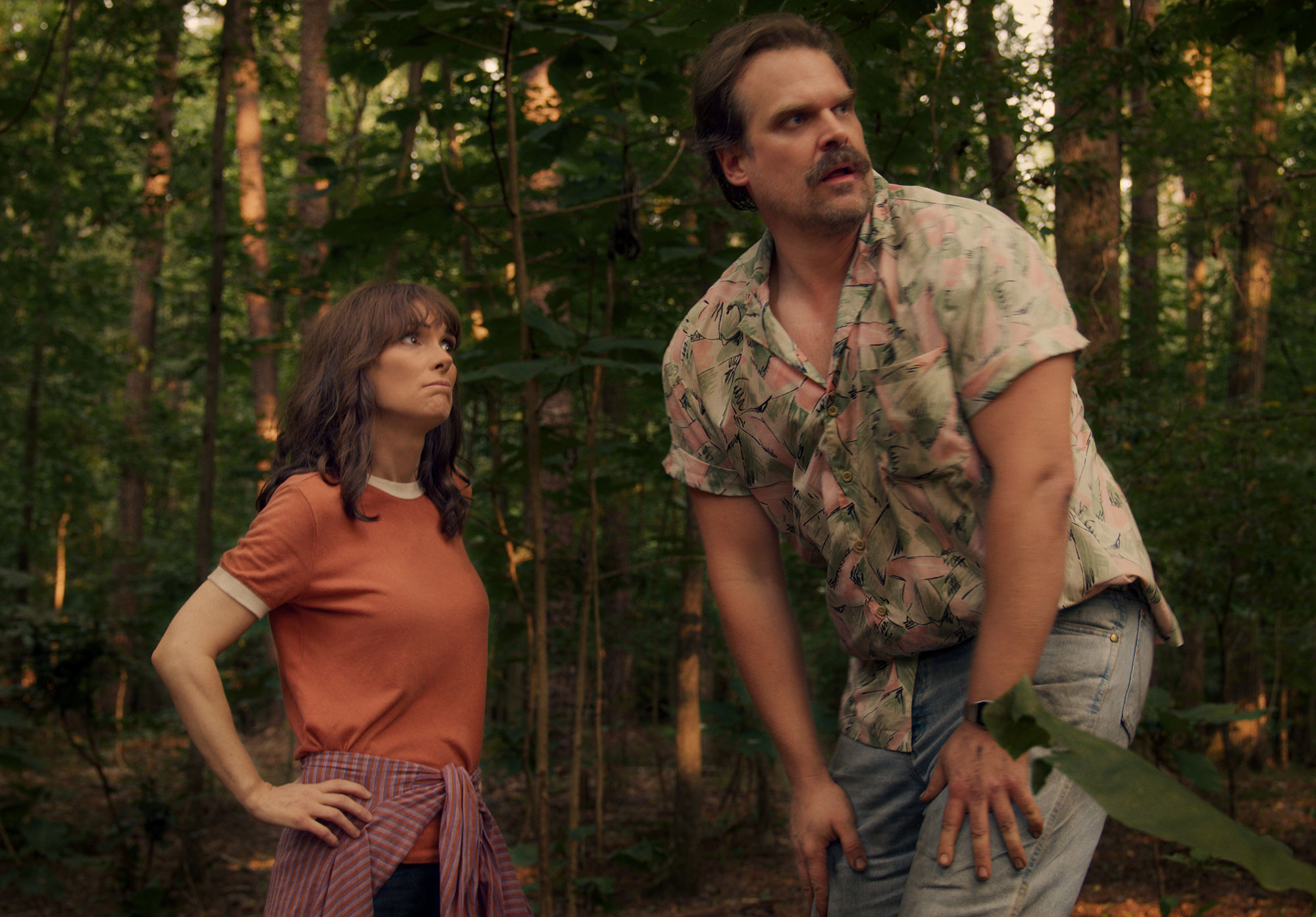 Viewers have supported the idea of a Joyce and Hopper romance after the pair started to work together to solve the unexplained mysteries in Hawkins, Indiana. Amid their growing onscreen bond, Ryder, 50, and Harbour, 47, also weighed in on what kind of future they wanted to see happen for their characters.

TV Shows and Movies That’ll Give You the Fall Feels

The Black Widow actor admitted that he considers Joyce and Hopper soulmates. “It’s the idea that the two of us have this flame. I’m not too much of an astrology kind of guy, but they describe this thing as twin flames, which are like soul mates who burn off karma together,” the New York native told the Los Angeles Times during a joint interview in May 2018.

Harbour continued: “I just like the idea of two people who can’t be together because of their pride, because they were burned. But if there’s the potential for vulnerability and growing up, it’s the person that they need most. They’re the only family they could ever have, both of them.”

At the time, the Suicide Squad star also gushed about getting to build Jopper’s relationship with the Beetlejuice actress. 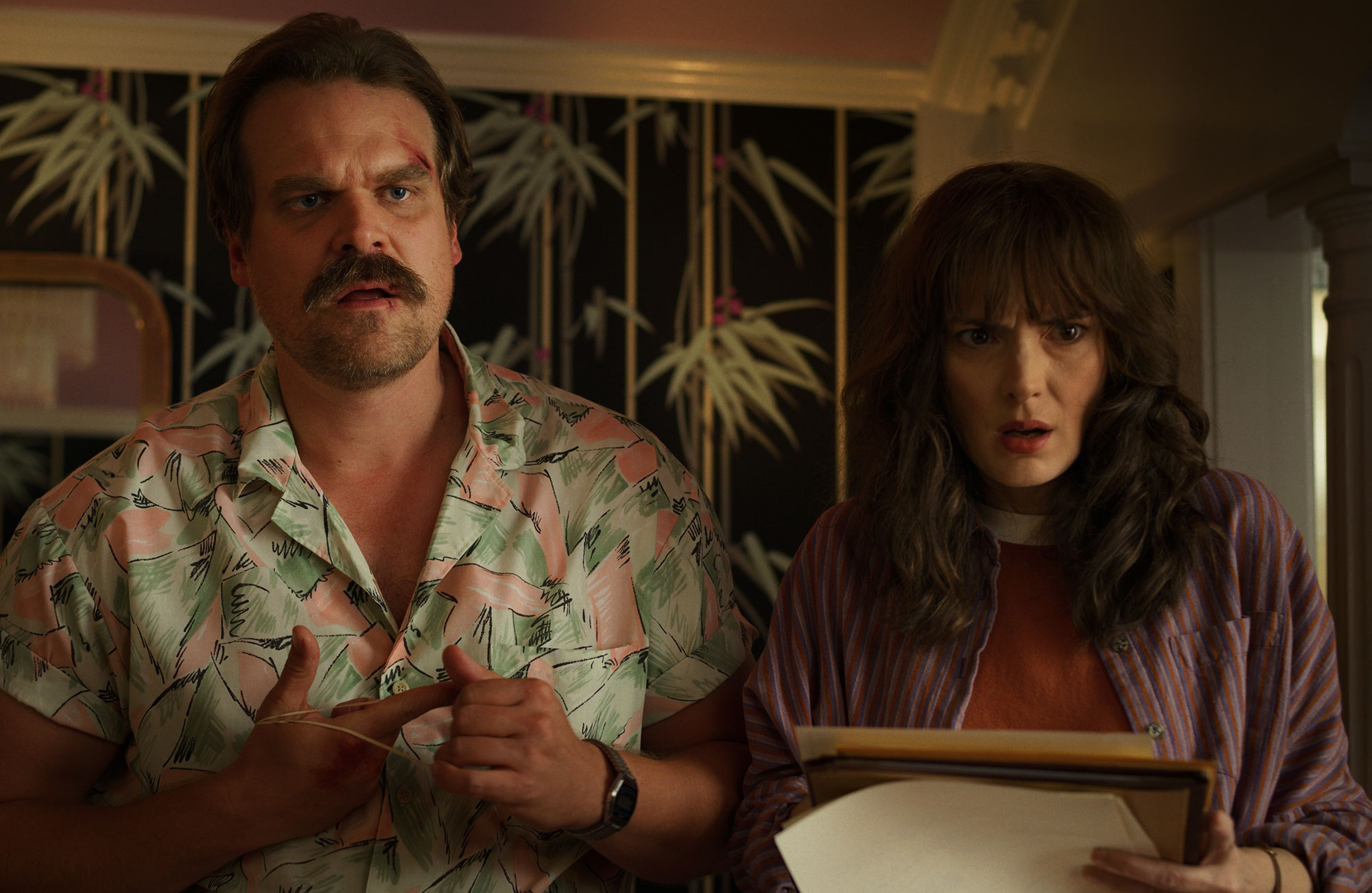 “She’s the greatest. She’s so willing to explore personal, intimate things that most actors get to a certain point and go, ‘That’s enough.’ And it’s exploring things about yourself that you don’t necessarily like, the complexities of the human psyche, which is messed up and strange and wonderful and mysterious and horrible,” he added. “I do feel like there are moments where you fall in love with Winona. It feels like a marriage, where we’re willing to go the distance in that way that gets really uncomfortable. I want to do a scene with Winona where I get so messed up that I have to go back to my trailer and cry.”

‘Stranger Things’ Season 4: Everything We Know

Ryder, for her part, revealed that she enjoyed how her character’s story lines always include working with Harbour. “A lot of actors are, like, ‘Acting is lying.’ But it’s actually finding the truth. The feeling to go there but also feeling safe and protected,” she shared. “And I just feel like I’m so incredibly lucky to have him. I don’t know what I’d do without him. I really mean it.”

The OG cast are not the only ones rooting for Joyce and Hopper to get together after their sweet reunion in Russia during season 4. Regina Ting Chen, who plays Ms. Kelly in the new season, also admitted that she fell in love with the fictional couple’s development over the years.

“There are so many shows that make the main cast lovers right away and I love that it didn’t happen. I love that it is hinted at but at this point I want them together,” Chen, 32, told Us earlier this month. “That would be great. But I love that they didn’t jump right into that because in real life you never know. You usually are friends first.”

Season 4 of Stranger Things is now streaming on Netflix.