James Middleton cut a sharp figure as he attended a carol concert in London on Thursday evening.

The younger brother of the Princess of Wales was spotted in a deep blue velvet jacket at St Luke’s Church attending the annual Henry van Straubenzee Christmas carol concert.

He was joined by his wife Alizee Thevenet who was wearing a dog tooth coat over a stylish leather skirt, patterned tights and biker boots. 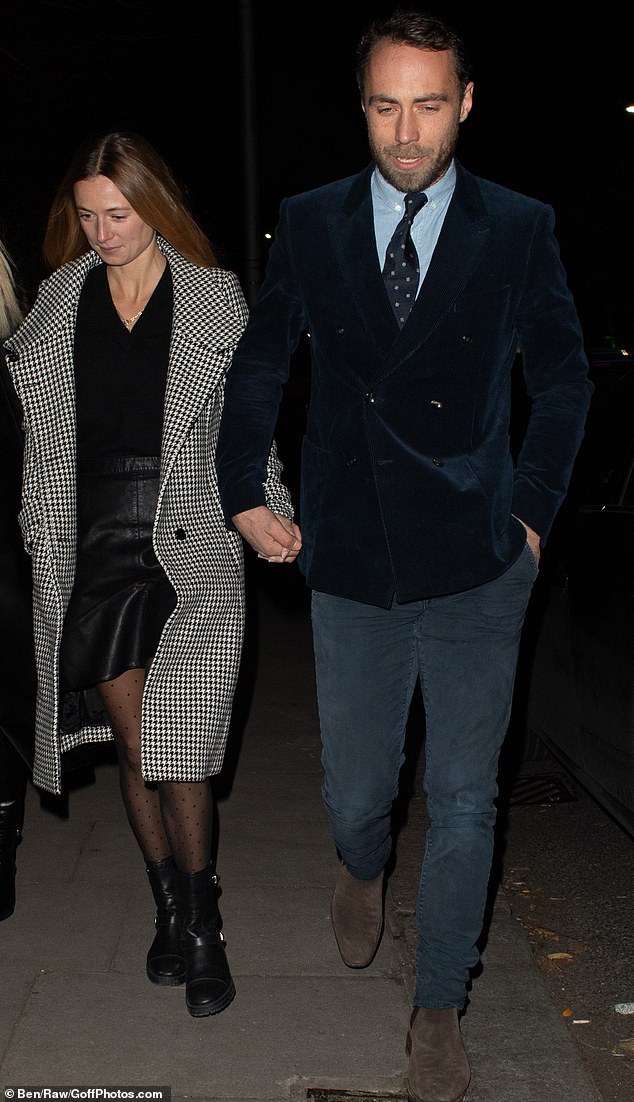 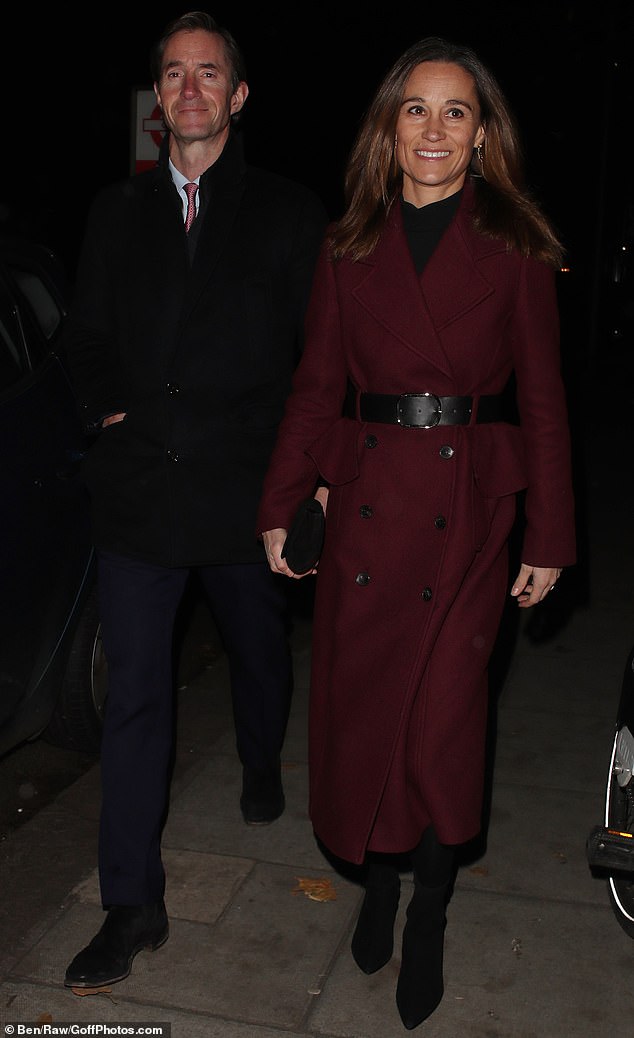 Pippa Middleton was also in attendance with her husband James Matthews. She wore a stylish burgundy coat pinched in at the waist with a wide black leather belt

Also at the annual carol concert, which was organised by the Henry van Straubenzee fund was James’ sister Pippa Middleton.

Pippa, 39, was joined by her husband James Matthews at St Luke’s.

The sister of Princess Kate opted for an elegant maroon long coat, pinched in at the waist with a thick black leather belt.

She looked radiant with her brown locks loosely hanging by her shoulders, whilst she kept her makeup natural and glowing.

The mother-of-two brought her smart ensemble together with a pair of black stiletto boots. 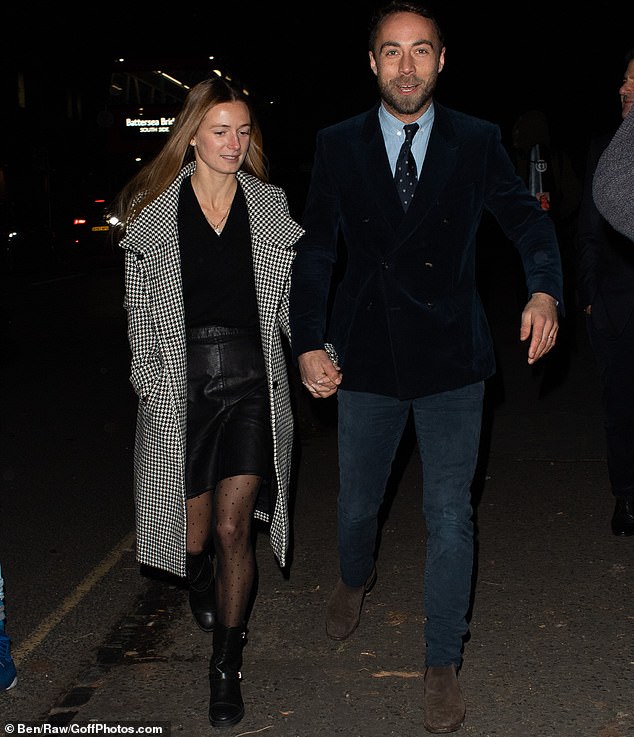 The younger brother of the Princess of Wales, opted for a suave deep blue velvet blazer over washed out blue trousers and brown suede boots 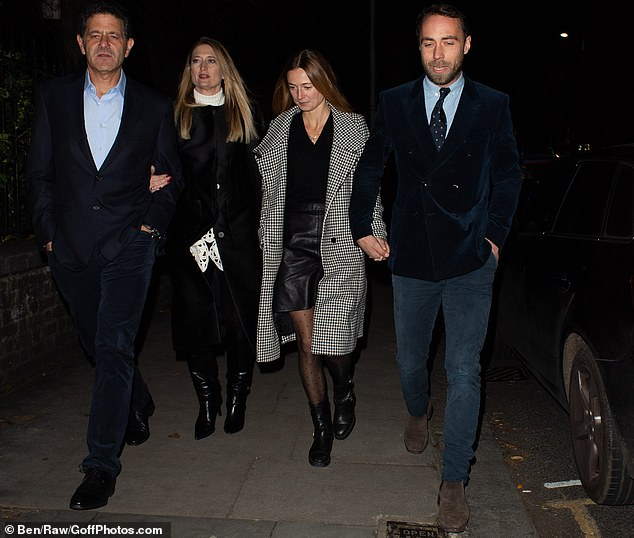 The carol concert is not just an excuse for a festive sing-a-long, the annual gathering sees money raised for the memorial fund in Henry van Straubenzee’s name, which funds projects in rural Uganda.

It was set up in 2007 following his untimely death, after he was killed in a car accident outside Ludgrove Primary School in Berkshire in 2002, aged 18.

The charity was the first that Princes William and Harry were patrons of, with the latter being a classmate of van Straubenzee.

The two are also close to the other brothers, and attended Thomas van Straubenzee’s wedding in 2013 to Lady Melissa Percy. 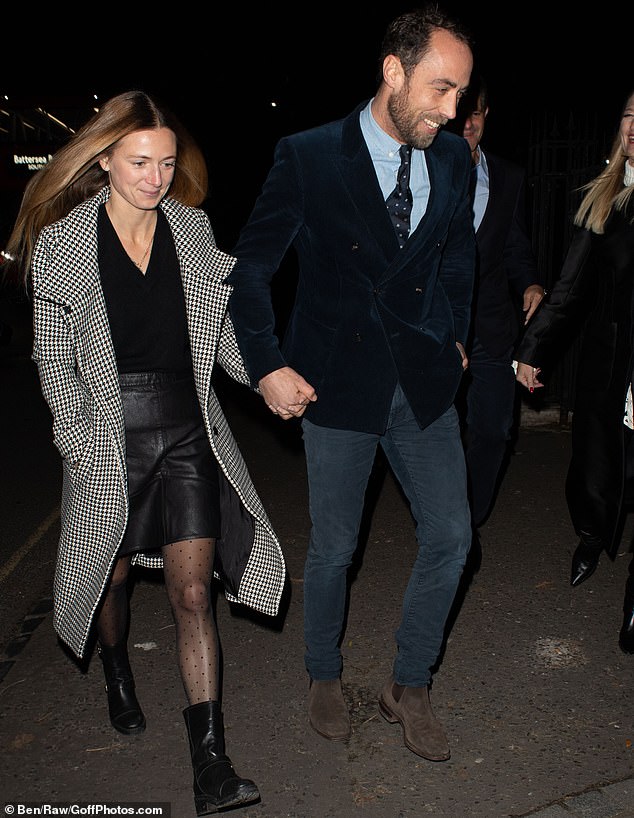 James was joined by his wife Alizée Thevenet, who wore a dog tooth coat over the top of a trendy black leather skirt and patterned tights 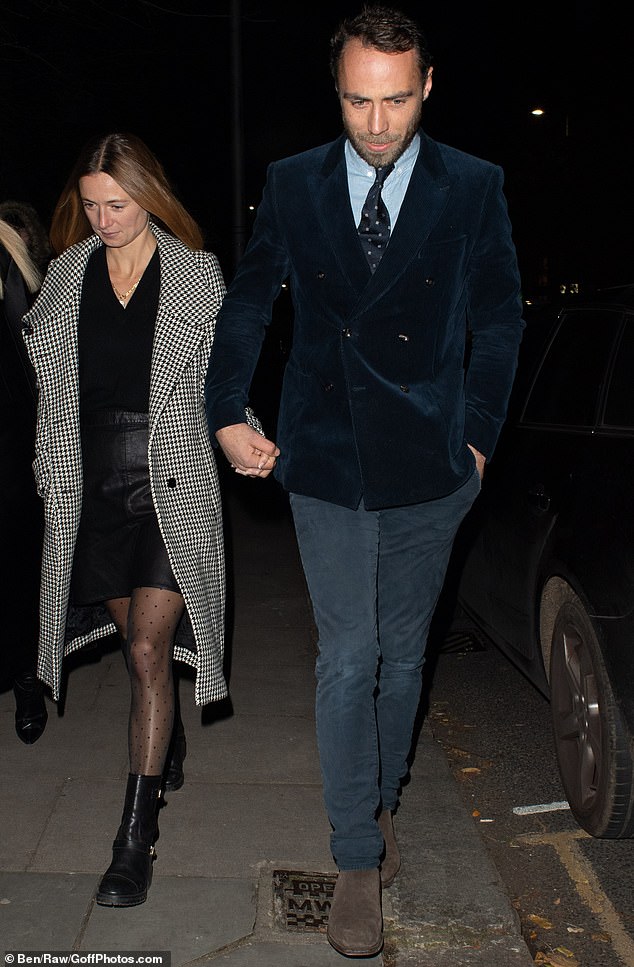