Tesco has become the latest supermarket to unveil its feel-good Christmas advert, which featured a soundtrack of Queen’s Don’t Stop Me Now.

The supermarket’s new festive campaign celebrates the festive season being back after the disappointment of the 2020 holidays amid the Covid-19 pandemic.

The advert features a group of characters overcoming several disasters, such as blowing the lights and a car breaking down, to enjoy Christmas in all it’s glory.

In one scene, Santa is threatened with quarantine before showing a green Covid-19 passport at an airport, while in another a mother uses alternate vegetables for a snowman’s nose amid supermarket shortages.

Tesco has become the latest supermarket to unveil its feel-good Christmas advert, which featured a soundtrack of Queen’s Don’t Stop Me Now

With Christmas celebrations and spending time with family and friends well and truly back, the ad opens outside of a Tesco store with a lady determined not to let anything – including the forgotten Tesco Finest cranberry sauce – stop her from Christmas dinner with her family, and follows her as she embarks on her journey home.

She is seen standing outside a store in a snow storm before she is offered help by a member of staff.

She tells him: ‘Oh don’t you worry my love, this year nothing is stopping me.’

As she makes the journey, the ad moves between Christmas moments, celebrating merrymakers overcoming anything that is thrown at them. 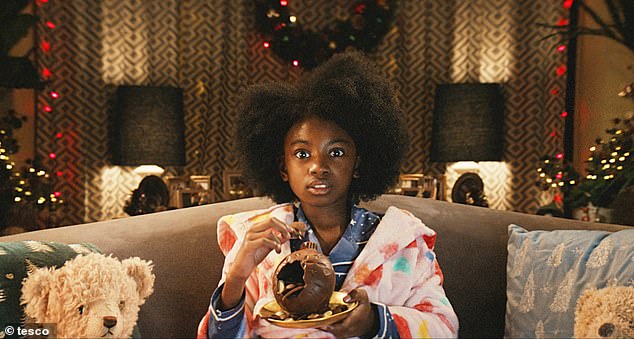 The advert features a group of characters overcoming several disasters, such as blowing the lights and a car breaking down, to enjoy Christmas in all it’s glory

A group of office workers are left gutted as the lights go out at their Christmas party – before one clever employee lights a row of Tesco Christmas Puddings to brighten up the room.

And one family don’t allow a broken down car get in the way of their festive feast.

In one clip, a mother and daughter are allowed into Santa’s grotto past closing time thanks to a stack of delicious Tesco Finest All Butter Pastry Mince Pies.

And in another humorous moment, travellers trying to embark on a flight aboard celebrate finally setting off after stopping and starting several times.

In one scene, Santa is threatened with quarantine before showing a green Covid-19 passport at an airport

According to the retailer’s research, 86 per cent of the nation has admitted that nothing will stop them from having a joyful Christmas this year, while 42 per cent claim they’ll appreciate Christmas more than ever.

Alessandra Bellini, Chief Customer Officer at Tesco, says: ‘We know that Christmas is a hugely important time for many of our customers and, after last year’s events, that is truer now than ever. Whenever we set out to create our campaigns, we want to be sure that we capture how the nation really feel and reflect that.

‘Our research revealed that people are looking forward to meaningful get-togethers with their loved ones again and given the backdrop of cancelled plans of last year they won’t let anything stop them having a proper celebration this year.

‘This got us thinking about all the little things that have the potential to get in our way – from running out of mince pies to running late to a Christmas party – and the nation’s determined spirit that ensures we’ll overcome them all.

‘We hope our joyful festive ad will resonate and put a smile on people’s faces as we prepare for a season of well-deserved celebrations. Afterall, this Christmas, nothing’s stopping us.’

The store was forced to deny it copied a folk band’s cover of Together In Electric Dreams after a duo said they suggested the idea to them in March but never got a reply. 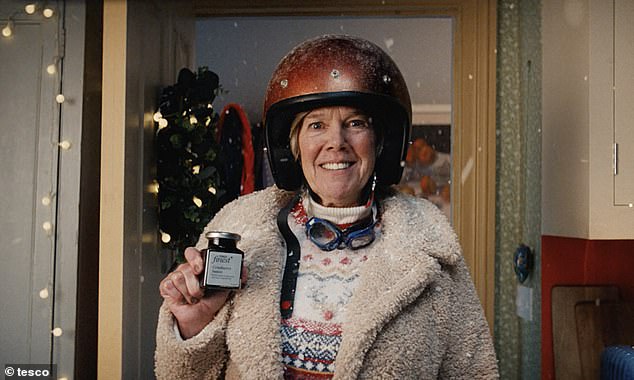 The Portraits, a husband and wife act from Wells, claimed the department store ‘nicked’ the ‘feeling of their version of Philip Oakey and Georgio Moroder’s 1985 smash hit.

But John Lewis hit back saying ‘there was no substance to the claims’ and added it was ‘unable to consider ideas from other external or internal sources’.

The store said they received The Portraits’ email suggesting the song but the person who received it left the company in July. 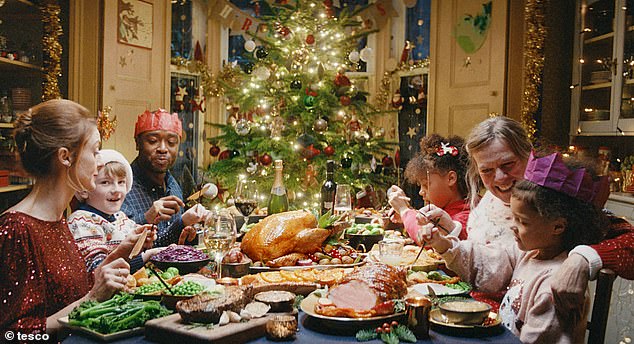 According to the retailer’s research, 86 per cent of the nation has admitted that nothing will stop them from having a joyful Christmas this year